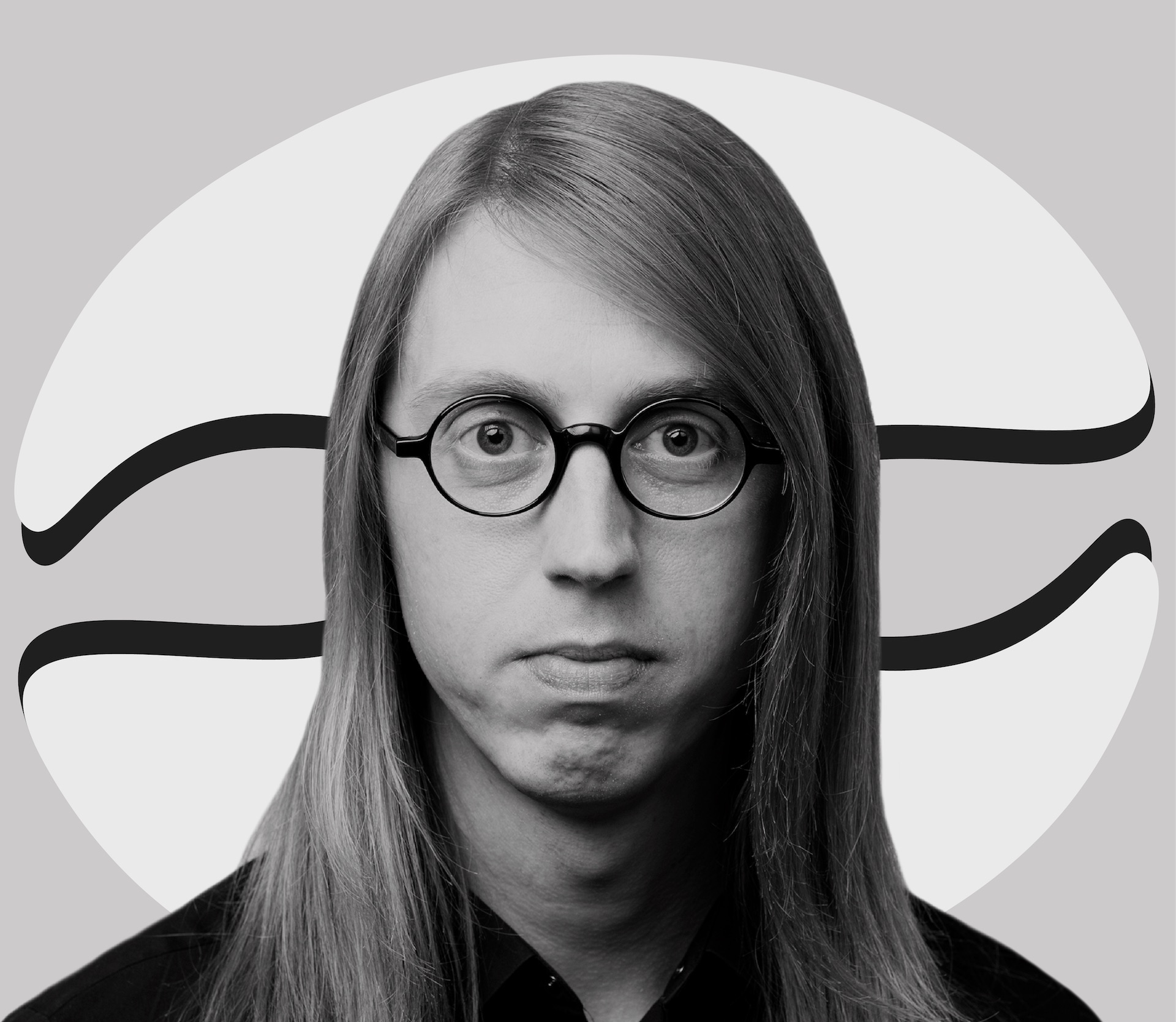 Where you grew up, and where you live now.

I grew up in Coggon, Iowa. It is a town of about 700 people in the heart of the Midwest, near the Mississippi River. Now I live in Brooklyn, New York. There are probably more people living on my block than in the town where I grew up.

How you first realized you were creative.

There was no “aha” moment for me because everyone is creative in their personal life and work. Seemingly simple tasks like forming a sentence or choosing your clothes are creative acts. Think of the infinite variety and expressive potential in those everyday examples. Creativity is a universal human quality, so I don’t use the term “creative” as a stand-in for “design” or “designer”. Design is just one creative act among many.

Someone you creatively idolized early on.

During high school, I began taking college courses in darkroom photography. As I learned to shoot, process and print photos, I became interested in the history of photography and contemporary film photographers.

James Nachtwey stood out to me because of his powerful imagery and philosophy. His photographs of wars, conflicts and social upheaval are haunting and inspiring. He believes that photography can raise public awareness and motivate change.

A moment from high school or college that changed your life.

The summer before my senior year of college, I landed two design internships in New York City.

On Mondays and Tuesdays I worked at Athletics – a great design studio still in Williamsburg, Brooklyn. I’ve worked on everything from T-shirts for Sesame Street to an infographic about the war in Iraq. The actual work I added to my portfolio led directly to other opportunities and helped me get to where I am today.

On Wednesdays, Thursdays, and Fridays, I interned at Rad Mountain—a design collective in Gowanus, Brooklyn. I have worked with people who specialize in print design, motion, illustration, printing and even textiles. They each shared their web of contacts across different studios, which is how I met Greg Hahn, Gretel’s founder.

A visual artist or band/musician you admire.

I think it is very important to draw inspiration from outside the field in which you work. I limit myself to five visual artists I admire:

A book, movie, TV show or podcast that you recently found inspiring.

I recently finished George Saunders’ new book, A Swim in a Pond in the Rain. It is a rare window into the mind of a great writer. He uses seven short stories by four Russian writers to explore the creative process, how narrative works, and the qualities a writer should foster. You can apply its insights to any discipline. The writing is intelligent, human and witty. I cannot recommend it highly enough.

One of my favorite fictional characters is Charlie Chaplin’s Tramp. The character illustrates how the intersection of opposing forces leads to interesting work. The Tramp’s iconic look combines a tight coat and baggy pants with a small hat on his large head. He’s a bum who acts like a gentleman. He humps and moves gracefully. His films contain both sentimentality and comedy. Opposing forces inform Gretel’s work and, consciously or unconsciously, the work of many others.

Someone or something worth following in social media.

I’m not on social media, so I recommend a virtual magazine instead. Broadcast, published by Pioneer Works, features journalism, essays, criticism and conversations. I like the variety of voices and disciplines they contain, and they’re well designed to boot.

How Covid-19 has changed your life, personally or professionally.

Covid-19 got me thinking about wayfinding and signage as a frontline response to public health crises. By alerting, informing, and guiding us to new behaviors, it critically affects matters of life and death. Designers, professional and not, responded resourcefully when the pandemic broke out. Quick, low-cost solutions such as masking tape and inkjet signs met immediate needs. In the future, we need to switch from reactive to proactive design. Public health way-visits and signage can be planned and prepared. By designing thorough, flexible systems today, we can address tomorrow’s public health crises.

One of your favorite creative projects you’ve ever worked on.

One of my favorite projects at Gretel was the brand launch of Viceland, a new TV network by Vice. We spent four weeks putting together our initial pitch. We created an identity system based on a feed and a timeline, a visual metaphor for a brand that never stops looking. Founding creative director Spike Jonze hated it for Viceland, but thought it was perfect for Vice’s news series on HBO. So suddenly we had another project.

For our second round, Viceland asked us to keep the brand unpolished and step back even further to let the emotional qualities of the content shine through. We created three new identity systems based on their feedback. The winner was a translation of the Vice sensibility into a blunt and raw language free of embellishment, artificiality and veneer. This allows us to do what we always want to do – build a system that can adapt and create a consistent impression without being repetitive or formulaic.

The experience reinforced an important idea that I carry from project to project. Design is both a verb and a noun—a process and an end product. We as designers must be open, adaptable and committed – regardless of the circumstances.