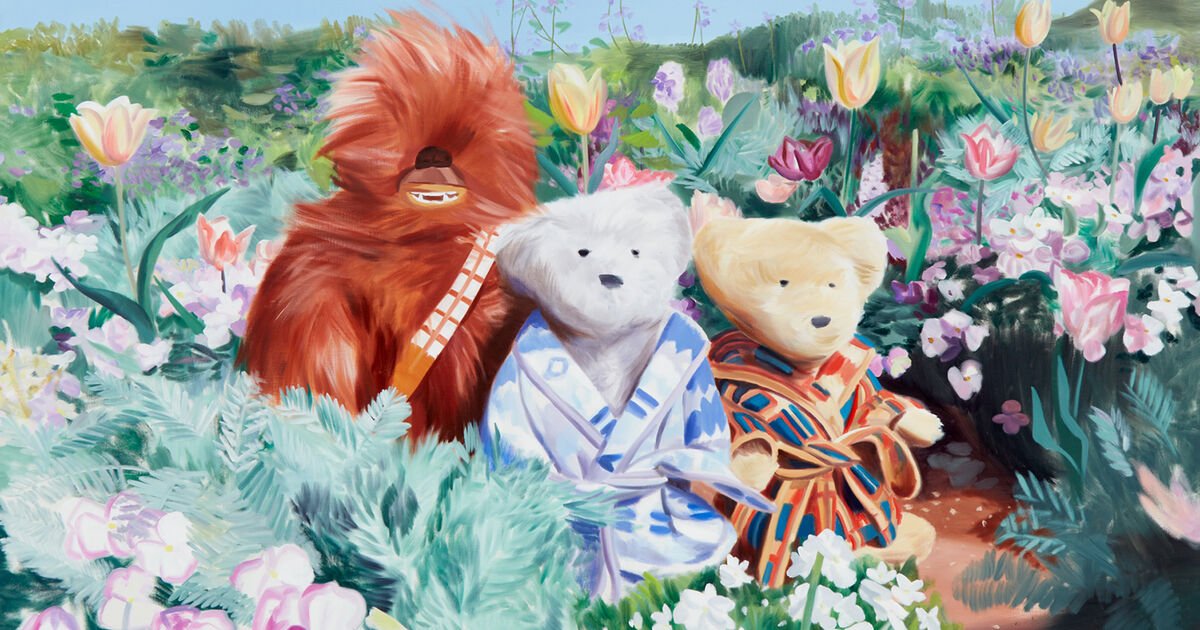 “Artists on Our Radar” is a monthly series produced by the Artsy team. Using our art expertise and access to Artsy data, we highlight five artists that have our attention. To make our selections, we determined which artists made an impact in the past month through new gallery representation, exhibitions, auctions, art fairs or fresh works on Artsy.

Eerily familiar, Damilola Onosowobo Marcus’s paintings evoke the intimacy experienced when flipping through an old analog photo album. As figurative as they are abstract, Marcus’s paintings prioritize the feeling of memories rather than representational likeness of an event.

In the group show “Girls Run the World” at Eclectica Contemporary in Cape Town, on view until 30 September, Marcus renders intimate encounters of people experiencing daily life through soft, sweeping brushstrokes and a muted pastel palette. These small moments include people laughing, a family at church, and a young woman getting her hair braided. Marcus described herself as an observer of reality, “painting images you’re not supposed to paint,” as she said in an interview with Affinity Art Gallery. In this way, her rich paintings invite us to peer into the imagined lives of others that are both strange and shockingly relatable.

Marcus’s expressive paintings stem from a self-taught practice. The artist received her BA in Architecture and an MSc in Environmental Design from the University of Lagos. She is perhaps best known for her rich design practice and for co-founding Dá Design Studio, with which her work was featured in the 2019 Venice Design Exhibition. Marcus’s recent foray into figurative painting has been met with great acclaim. She has since exhibited at Affinity Art Gallery in Lagos and HOFA Gallery in London.

In Maha Ahmed’s paintings, fantastical hybrid creatures coexist peacefully in utopian landscapes. The Pakistani miniature artist draws inspiration from Persian and Mughal manuscripts, as well as traditional Japanese landscape painting techniques. In her current solo show “The Spaces Between” at Kristin Hjellegjerde Gallery in London, on view until September 17, Ahmed weaves personal narrative into her works, specifically her journey of self-discovery as a new mother.

Rendered in gouache on coffee-stained paper, Unfolding of dreams (2022) capture feelings of isolation and trepidation. In the work, a majestic bird hovers over the edge of a rugged yet fertile landscape while a reptilian creature looks on with a predatory gaze. But in Steeper hill to climb (2022), two adult birds and a baby bird snuggle together tenderly on the summit of a winding mountain as if on top of the world. With each painting depicting either a solitary bird, a pair or a flock, Ahmed creates poignant narrative scenes that meditate on a transformative period in her life.

Ahmed earned an MA in Fine Art from Central Saint Martins in London, and a BFA in Miniature Painting from the National College of Arts in Lahore. Over the years, she has participated in solo and group exhibitions at galleries including Display Gallery and Asia House in London, as well as Istanbul Contemporary.

As a teenager, Adeolu Osibodu turned to photography to capture moods and express himself without the need for language. As a result, his incredible images are deeply felt but resistant to interpretation. Digitally manipulated, Osibodu’s subjects appear to encounter alternate versions of themselves, or even the divine.

In Sometimes you forget what it feels like (2020), a woman standing thigh-deep in water peers out into a crowd of doppelgangers who move elegantly and fluidly as if dancing or performing a ritual. Meanwhile, in Even when the excitement is gone. (2021), three people swim towards a floating figure that appears to rise along a celestial beam of light. These works are on display until September 25 in “WHY NOT BOTH?”, a two-person exhibition with mixed media artist Maurice Mbikayi at ARTCO Gallery in Aachen, Germany.

It is not only surreal elements that make Osibodu’s photographs so striking, but also the artist’s careful attention to composition. He plays with juxtapositions—tall, upright bodies against vast horizons; light and shadow; soft-focus foregrounds and sharp backgrounds—to draw the eye.

Despite depicting inanimate objects, Ulala Imai’s oil paintings still shimmer with life. Arranging objects from a shared cultural past—a bear-shaped bottle of honey, a tiny ET doll, a plastic Chewbacca head—in leafy living rooms or outdoors in nature, Imai evokes a sense of nostalgia that both warms and is abandoned. Based on her experiences in quarantine due to the COVID-19 pandemic, Imai’s latest body of work reflects our shared times, borne of days spent in domestic silence and punctuated by bright stints in nature. On view in her solo show “The Scene” at Karma in New York through September 17, soothing compositions convey a tender sentimentality. In Caring (2022), it seems as if a child could have thoughtfully arranged the beloved creatures, whereas Lovers (2022) appears to offer the perspective of someone peering through the leaves of a Christmas tree.

For those of us whose childhoods passed after color photography but before the digital age, these paintings feel familiar, like a family photo seen so often it becomes a memory. There’s something about Imai’s warm color palette and hazy backgrounds. Even the twilight leaves in Nocturne (2022) is softly lit. “I don’t like flashy brightness,” Imai said in an interview with Tokyo. “But I like to draw such quiet clarity, like the moment I leave the house on a sunny cold winter morning.”

Imai graduated from Tama Art University in Tokyo with a specialization in oil painting. She won the Shell Art Award “Kunio Motoe Encouragement Prize” in 2012. And in more recent years, Imai has had solo exhibitions at Union Pacific in London, The Hole in New York, Galerie Sébastian Bertrand in Geneva, and elsewhere.

B. 1988, Stockholm, Sweden. Lives and works in Stockholm.

Intuition is the living force behind Malin Gabriella Nordin’s paintings, bursting with splashy organic forms rendered in radiant jewel tones. The Swedish artist works with abandon in a process she has compared to automatic writing. Using quick-drying paint to facilitate speed, she lets each gesture inform the next, favoring improvisation and constant adaptation over conscious planning. An abstractionist who embraces bold color and grounds her practice in the spiritual, Nordin can be located in the same artistic lineage as a fellow Swede, the influential Hilma af Klint.

Nordin’s canvases were most recently shown in a solo presentation with Gallery Steinsland Berliner at CHART 2022. (Although the fair closed physically on August 28, it can be explored online until September 11.) In these works, her energetic process is manifested in visible brushstrokes and dynamic compositions bordering on kaleidoscopic. In twilight (2022), for example, abstracted petals and leaves swirl, tie-dye-like, around a glowing orange center.

In 2013, Nordin received a BA in Fine Arts from the Bergen Academy of Art and Design in Norway. Since then, she has held numerous solo exhibitions in galleries and institutions across Northern Europe, including Oslo’s Galleri Golsa, Bergen’s Tag Team Studio, and Kristianstad Konsthall in Sweden.