Seven-year-old Lily Chung Atkinson is now waiting for a special letter with great expectations. After all, it’s not every day to receive one from Queen Elizabeth II herself.

A third-year student at Alice Smith School in Kuala Lumpur was recently selected as the overall winner of her school’s Queen Portrait Contest.

Lily chose a picture of the Queen with her beloved Corgi and wanted an image of the Queen that looked happy and comfortable.As a result, the British High Commissioner in Malaysia sends her A3 size picture to the Queen, who writes a letter of appreciation to Lily.

“I’m very excited and happy. I can’t believe my painting is in Buckingham Palace. I’m very excited to receive the letter from the Queen,” Lily said in a recent telephone interview. Told.

The contest was held in conjunction with the celebration of the Queen’s Platinum Jubilee. Queen Elizabeth became the first British monarch to celebrate her Platinum Jubilee this year and built her history in commemoration of her 70 years of service.

Lily’s mother, Suan Chung, 41, said her daughter found a picture of Queen Elizabeth on the Internet and duplicated it as much as possible.

“When the principal personally went to the classroom and said she was the overall winner, she was over the moon. There was a category winner announced earlier in the day, but the overall winner. It was not revealed who the person was.

“It was a great surprise because there was a lot of great artwork. Lily knew exactly what she wanted to paint Queen Elizabeth. It had to include her beloved Corgi. , She wanted the image the Queen was looking at, happy and comfortable. She completed the painting within three hours. “

Chung shared that her only child has been painting since she was a toddler. 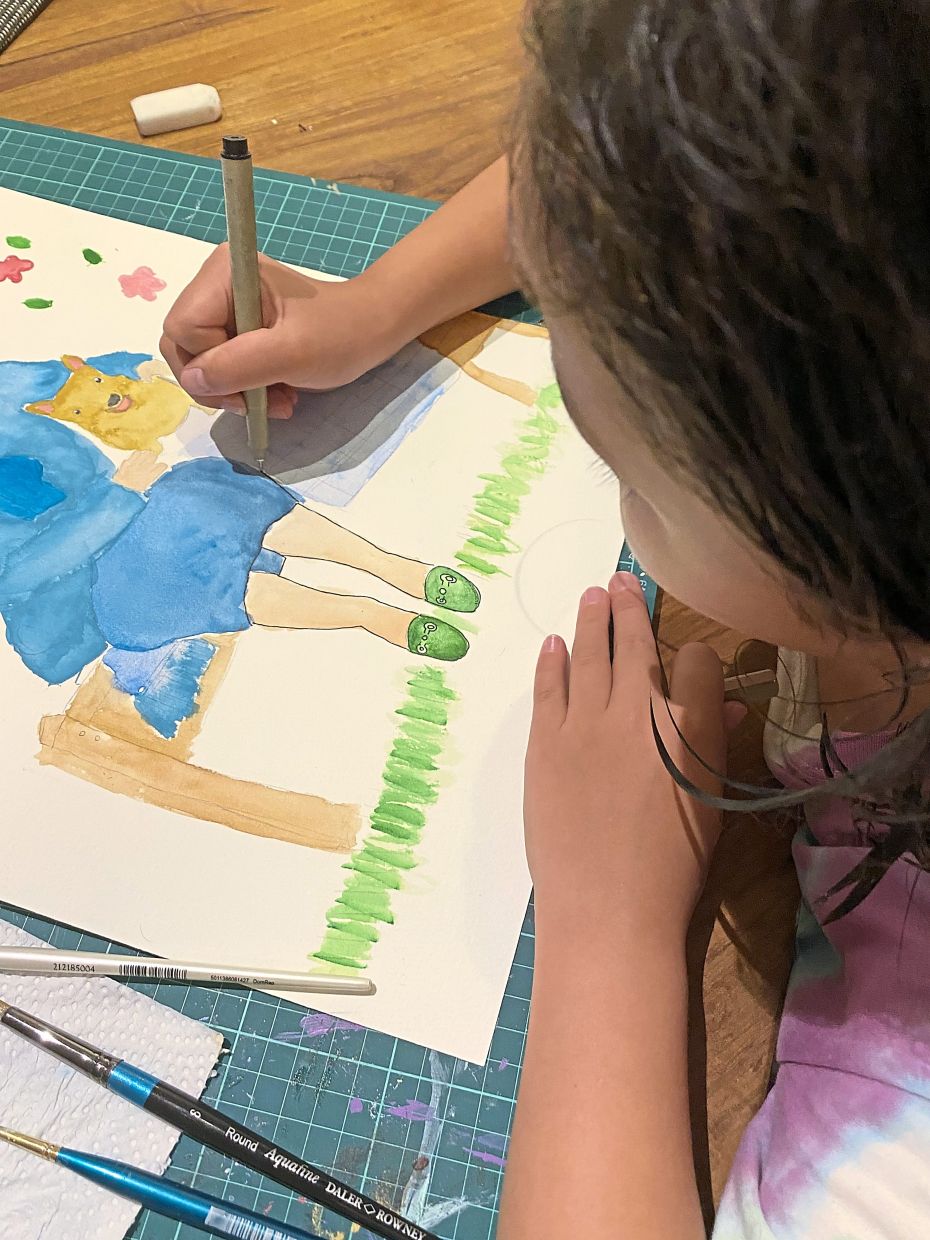 Lily completed the Queen’s painting within three hours.“She was able to draw a picture before speaking the proper text. It was always her way of communication. The color of water is her favorite and she is the color whenever we go out. And have a set of painting materials. “

Karen Won, Marketing and Communication Manager at Alice Smith School, said the portrait contest is open to students from preschool to sixth grade.

“To start the contest, we shared with our students the portraits of the famous” notorious “queen painted by artists around the world. Queen Elizabeth II has painted her portraits more often than any other person.

“The Queen” sits “or poses on four” official “portraits a year, taking more than 967 portraits and photographs of her 70-year reign. She relaxed in normal clothes with her beloved horse and corgi. “

Wong added that students can paint and draw portraits of the Queen in any medium and style.

“We received nearly 200 entries. I was amazed at the creativity and talent, and the various interpretations of the Queen drawn by the students,” Wong said, adding that the contest was judged by the British High Commission. rice field. kuala lumpur.