a special show at a special time – The Irish Times 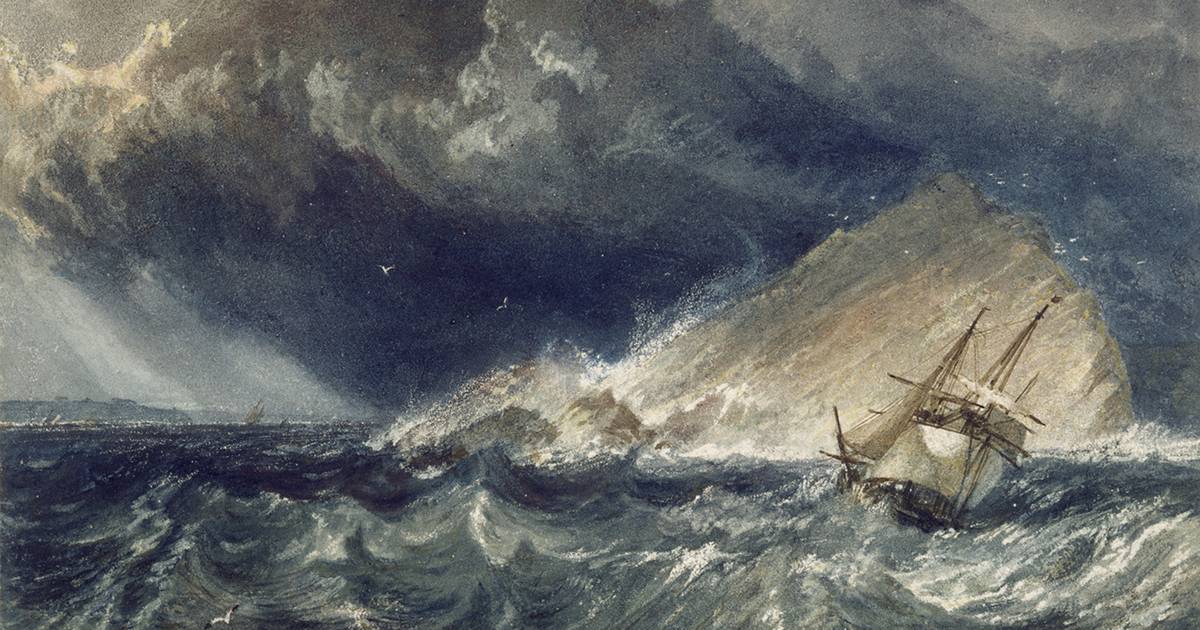 Under the terms of the Vaughan bequest, the Turner watercolor at the National Gallery of Ireland spends most of the year in secret. Due to the fragility of the works, Henry Vaughan has determined that the paintings are not to be seen until January, when natural light is most limited. As usual, this year they emerge and wink in the calm glow of the Print Gallery, where the light is carefully calibrated to be friendly. So friendly that they can easily tolerate longer exposure, but the bequest is still honored. And whatever adjustments have been made behind the scenes, this year it looks better than ever.

The frequency of their reappearance and the time limit on their availability presents an interesting question. Would you bother to go and see them, the real things, up close, when you could consult printed reproductions (a handsome and comprehensive new catalog has just been published) or look at them in the virtual, digital world, in your own time ? Walter Benjamin famously suggested that, rather than subverting the real, mechanical reproduction would enhance the aura of the original. It was a long time before contemporary visual enhancements of digital technology, and the ubiquity of screens, but the principle seems to hold, sort of.

Meeting the watercolor in the gallery is a different experience than any online encounter, and that includes any prospective virtual reality encounter or anything envisioned in Meta’s ambitions. What screens tend to do is to reduce, or perhaps condense, a work of art into a surface, into an image, when it is always more than an image, more than a surface. However, it is worth noting that the pressure of screen dominance is having a diminishing effect on art being made now, simplifying content, input and presence. Increasingly, the simple, related image rules. A visit to the Turner watercolors is a crash course in what can be lost.

Not that Turner was against or indifferent to mechanical reproduction. Far from it. A businessman, he was keen on ways to expand the market for his work and adapt the work to the market. The show includes pieces from his Liber Studiorum project, which involved his collaboration with specialist engravers to produce some 71 prints (the NGI holds a complete set, courtesy of a generous donor). He aimed for 100 jobs, but demand was slow and he gave up.

This year’s Turner watercolor show coincides with the arrival of a new director, Dr Caroline Campbell, at an important moment in the gallery’s development. Her predecessor, Sean Rainbird, was in the post for 10 years. An extremely capable and forward-thinking director, much of his energy went into guiding the gallery through two major disruptions. One was the major renovation, expansion and renovation of the buildings and services, the other was Covid, which hit the brakes just as things needed to pick up speed. Perhaps because the gallery is uniquely sought after in Ireland’s cultural landscape, and therefore the focus of many different interest groups, its management has often proved difficult, with some highs and lows. The director must manage those many associated interests and the attitudes of the wider public.

Dr Campbell, the gallery’s first female director, has an excellent record, having held posts at the National Gallery London, the Courtauld and the Ashmolean. She had, she says, a special love for the National Gallery of Ireland. As a teenager during the Troubles in Northern Ireland she visited and was mesmerized by this vision of another world. With a thorough art historical grounding and an interest in art of all eras, she appears ideally equipped to lead the gallery as it faces contemporary challenges, including questions of cultural diversity, fair representation and what outgoing Guggenheim director Richard Armstrong calls the parallel, digital universe. . Dr. Campbell’s experience includes a curatorial leadership fellowship in New York (and next year her book, Power, People, Painting, tracing art history through important times in 15 cities, will be published).

It is no exaggeration to say that the Vaughan Heritage watercolors constitute a compact retrospective of Turner’s lifelong explorations as a painter, from his beautiful, precise study of beech trees at Norbury Park in Surrey to his remarkably atmospheric, minimally stated rendering of rain moving over has. a body of water. Such minimal paintings have caused some backlash: the gallery’s concurrent exhibition, Turner: The Sun is God, which features nearly 90 pieces from the incomparable Tate collection, includes at least one oil rejected by its curator. One can easily imagine something similar happening today. In Turner’s time, William Hazlitt well, though disapprovingly, described his work as “pictures of the elements, air, earth and water … the first chaos of the world”, evoking not so much nature as the medium through which it be seen Hazlitt quoted an unspecified other who summarized the paintings as “pictures of nothing, and like”.

There is an unfortunate tendency to see art in terms of a linear, historical narrative, so that Turner, for example, anticipates or lays the groundwork for subsequent artistic developments. One problem with this view is that it devalues ​​the work itself. Just take the paintings on their own terms, not as elements in some sequential story of artistic “progress” or part of any single historical trajectory, and they are all the more extraordinary. Intrinsic to this view is that they are physical, vulnerable objects, not ephemeral arrangements of pixels to be looked at and discarded. Take the time to go and see the real thing.