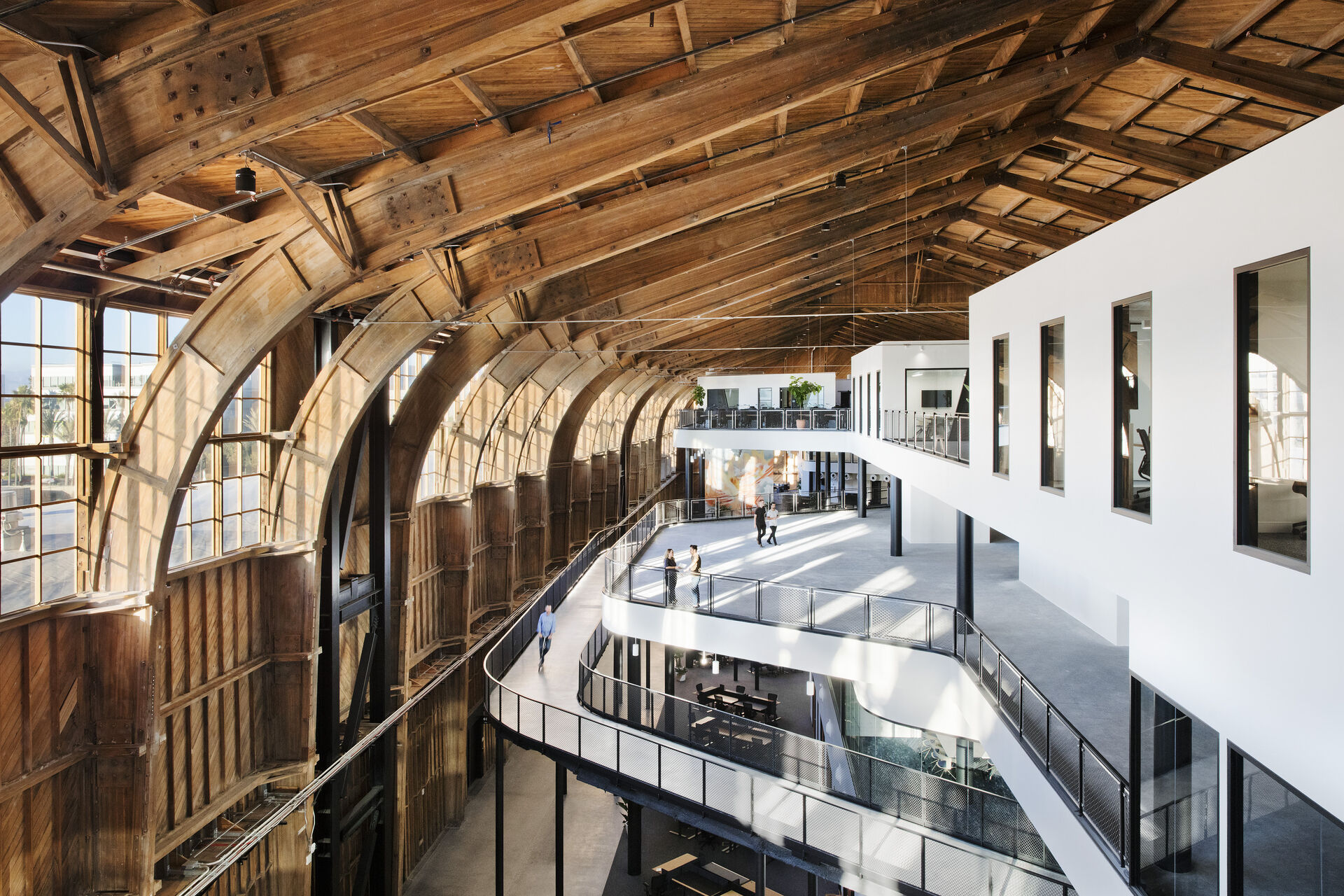 Hangar architecture is a relatively new type of building. Designers and builders have been rethinking what these structures are since the Wright brothers stored and repaired the aircraft in a wooden hangar built in 1902. Beyond the actual airports and terminals, the hangar is unique in that it is specially designed to hold aircraft and spacecraft. How can you challenge and rethink this type of building today? 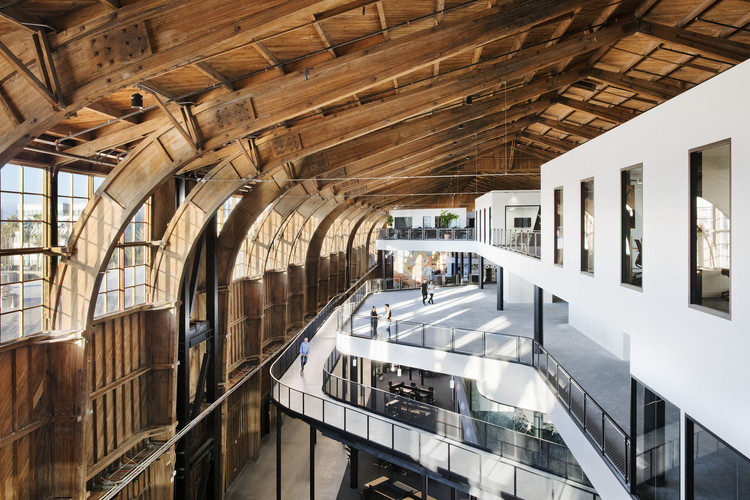 The word hangar comes from the Germanic-derived Central French hangar. The hangar has long been made of metal, wood, or concrete and has been used for protection from weather and direct sunlight. It was also used for aircraft maintenance, repair, manufacturing, assembly and storage. As aviation became more established, standard hangar designs gradually emerged in military branches. The next project will explore hangar design through adaptive use and modern approaches. Each of them represents a variety of design strategies for the intersection of architecture and airspace.

The boat hangar is a modern, practical building that subtly references and contrasts the rich context of the historic NDSM shipyard. The beta was responsible for designing a working structure on one of the few remaining plots on the NDSM Heritage site. Used for storage, seasonal maintenance and construction of new yachts. In addition, the building provides office space and may be used for location theaters and other cultural events at the NDSM Shipyard.

Founded in 2010 by two young entrepreneurs interested in the world of action sports, the House of Air is a trampoline facility for the young, energetic and wealthy people of active San Francisco. Located at the foot of the Golden Gate Bridge and at the Golden Gate National Park, the 45-foot-wide glass-enclosed hanger door opens for a clearer view of San Francisco Bay.

The Nike Air Hanger is a 40,000-square-foot facility located on the outskirts of Hillsboro Airport on the outskirts of Portland. Privately owned by Nike, Inc., it houses three Gulfstream G5 jets for executive business travel. In addition to the support space needed for flight planning and airplane maintenance, the hangar provides facilities for travelers and pilots, including lounges, exercise facilities, executive suites, meeting spaces, and gourmet kitchens.

Representing the innovative nature of this green research and manufacturing center and maintaining the structure of the magnificent historic hanger that houses it is the concept behind the design of the new laboratory at the Brooklyn Navy Yard. The translucent office pods standing in this 82,000-square-foot building are in sharp contrast to the overall visible industrial armature. The joint meeting rooms and interior plazas on both floors underscore the developer’s intention to create a joint design and manufacturing center.

MALHA was created to be an innovative platform in the fashion world. The way creators, entrepreneurs, producers, suppliers, and consumers promise to build new ways of operating in the fashion world can establish a connection with each other. More collaborative, regional and independent, in line with issues related to sustainability, new forms of consumption and discussions on environmental issues.

Cannes-Mandeleu Airport is one of the key attractions of the Cote d’Azur luxury attractions. For air traffic in the Nice Court d’Azur area, it is imperative to improve the services provided for business aircraft in terms of aviation crew acceptance and effective aircraft maintenance. The first phase of this development in the northern zone of Cannes Mandeleu Airport should reflect the level of excellence of this project.

The question posed by the client / artist was the possibility of a cultural island on the industrial site, the concrete creation of a utopic place for life, research and production. Architectural reactions are the result of research into the vocabulary of elements that may give meaning to this ambition. A galvanized steel cube that echoes with the surrounding industrial façade. The monumental door is almost imperceptible and slides away inside. Systematic organization of functions. Modularity of internal grid iteration and use.

The ZGF Architect has completed Google’s new LA office by modifying the California landmark Spruce Goose Hanger. Designed as an in-building building, the project was built in a seven-story, 750-foot-long historic wooden structure. The 450,000 SF 4-level design was placed between two existing Google properties, and the project aimed to integrate the Playa Vista campus while bringing a new perspective to the workplace through adaptive use.

Secret Operation 610 is a fundamental mobile solution to the regenerative challenge of transforming the aircraft bunker shelter 610 from the former NATO air force base Soesterberg from an F15 fighter hangar into a challenging experimental workspace for small teams. In 1994, the US military left Soesterberg, an air force base, and in 2008, its aviation facility was dismantled. Now, a few years later, its current owner, Utrecht, is naturally returning 500 hectares of terrain to its inhabitants.