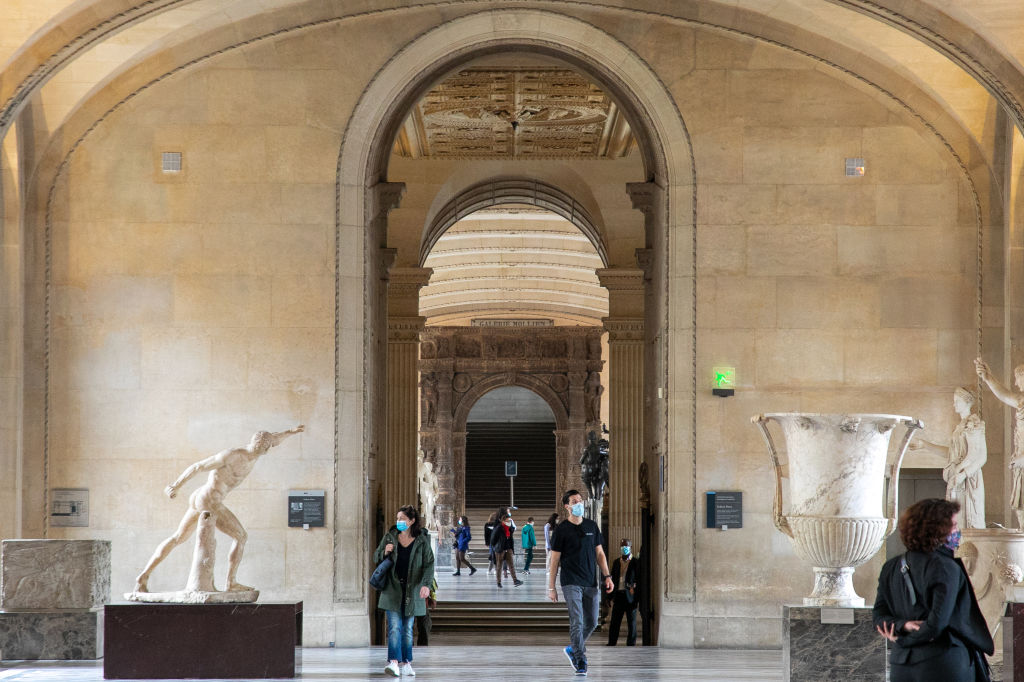 THE WRITING ON THE WALL. It was a strong week for amateur archaeologists. The New York Times just had a story about three Norwegian friends hunting petroglyphs. Now the Guardian has a piece about a self-described “person off the street” in Britain who investigated the dots and marks found near depictions of animals in 20,000-year-old cave art in Europe. Study photos, the detective, Ben Bacon, determined that they amounted to a system of timekeeping, marking when various creatures mated and gave birth, on a lunar calendar. Bacon wrote an article with some pros, saying, “As we delve deeper into their world, what we discover is that these ancient ancestors are much more like us than we previously thought.”

ARCHITECTURAL DIGESTION. Two new buildings for Columbia University‘s business school in Manhattan is named after ART news Top 200 collectors Henry R. Kravis and David Geffen, and is designed by art world favorite Diller Scofidio + Renfro (with FxCooperative ). Their layout “reflects the close fit of the architecture to person-to-person connection and heightened interaction—which the school’s leadership sees as essential to the expansive aspirations it has for its graduates to do well as they make money.” James S. Russell write in the New York Times. Meanwhile, the National Museum of the US Navy shortlisted five firms including Frank Gehry Partners and Bjarke Ingels Group to develop proposals for a potential home in the Washington Navy Yard in DC, the Washington Times reports.

For the first time, the United States has repatriated a looted antiquity to the Palestinian Authority. The returned item is an Assyrian ritual spoon from the 8th century BC believed to have been stolen from the West Bank. The collection of Michael H. Steinhardt. [The New York Times]

The Louvreregularly the most visited art museum in the world, reported attendance of 7.8 million last year: still 19 percent lower than pre-pandemic 2019, but a very healthy 170 percent increase over 2021. Interesting data point: 45 percent of the visitors were under 25. The kids are fine! [AFP/Yahoo! News]

The Seoul art world continues to heat up, with Peres Projects plans to open a gallery in the Samcheong area, home to South Korean power stations Cookie and PKM is established. [The New York Times]

The French architect Renee Gailhoustetwho made affordable, social housing the focus of her long and decorated career, has died at 93. [Dezeen]

The Los Angeles home of actor-producers Viola Davis and Julius Tennon includes a statue of an Agojie warrior they acquired in Cape Town and a work by the South African photographer David Ballam. [Architectural Digest]

Glasgow, Scotland enjoy a “street art renaissance,” and officials are developing a plan to make walls available for renegade artists to work legally. [The Guardian]

A CASE OF MISTAKED IDENTITY. last month, Marina Abramović wrote about her admiration for the work of fellow artist Anne Imhof in the Financial Times-and admits that she mistook a wall of lockers in Imhof’s Municipal Museum shows for, well, actual lockers, rather than an installation involving lockers. (Thanks to the Art newspaper for imitating that item.) In any case, judging by this one essay, Abramovic would make a fine art critic. She writes of the exhibition, “I left with the feeling that I had just seen something important—something that is happening to the people in this world right now. I was also left with a strong sense of beauty, sadness, melancholy and loss.” [Financial Times and The Art Newspaper]