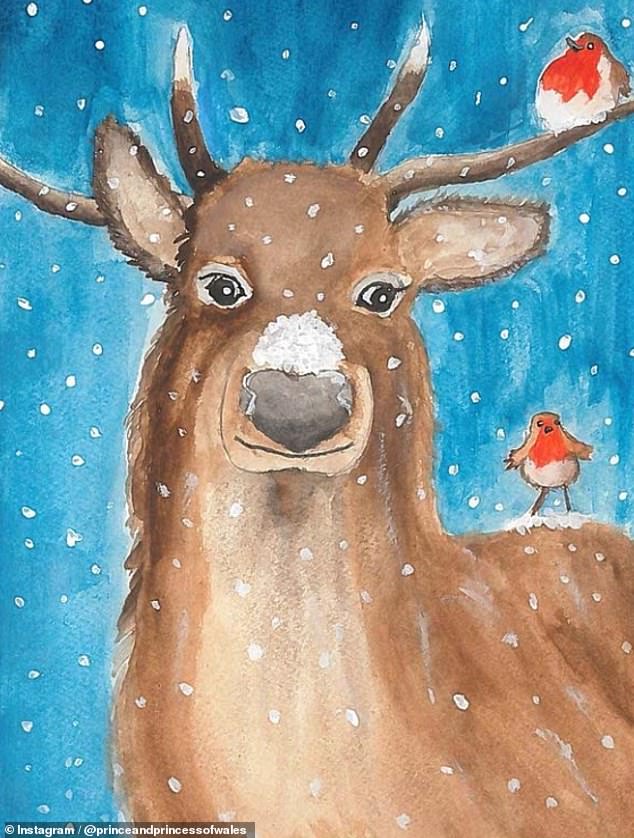 The artist believed to have inspired Prince George’s Christmas portrait praised the young royal’s ‘talent’ and ‘eye for colour’.

Hannah Dale – of Wrendale Designs – said the nine-year-old royal’s festive work, which depicted a red-breasted reindeer on its body and antlers, was ‘lovely’ and showed an impressive command of watercolour.

“I think having a love of animals and love of nature is obviously something that may have caught his attention,” she told HELLO! Magazine. “It inspires me a lot.”

Hannah, from Lincolnshire, explained that it was ‘a lovely surprise’ to see the post display on her social media feed, which she admitted was immediately influenced by one of her Christmas card designs.

The artist was pleased to see a young talent being encouraged to pursue art, insisting it was a ‘fantastic’ ability to enter.

She also expressed her assurance that the Prince and Princess of Wales – who shared their son’s painting on their Instagram account – are proud of their child’s work.

Prince William and Kate Middleton, both 40, wished their followers a Merry Christmas when they posted the photo last weekend. 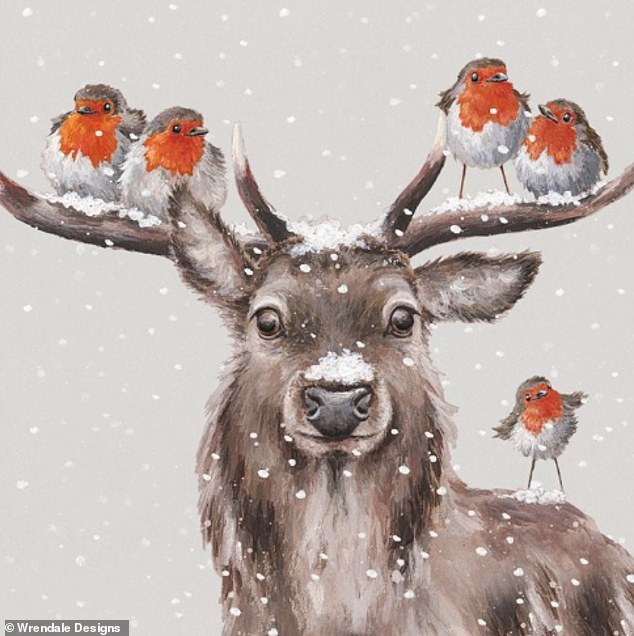 Hannah explained that it was ‘a lovely surprise’ to see the post display on her social media feed, which she admitted was influenced by one of her Christmas card designs (pictured) 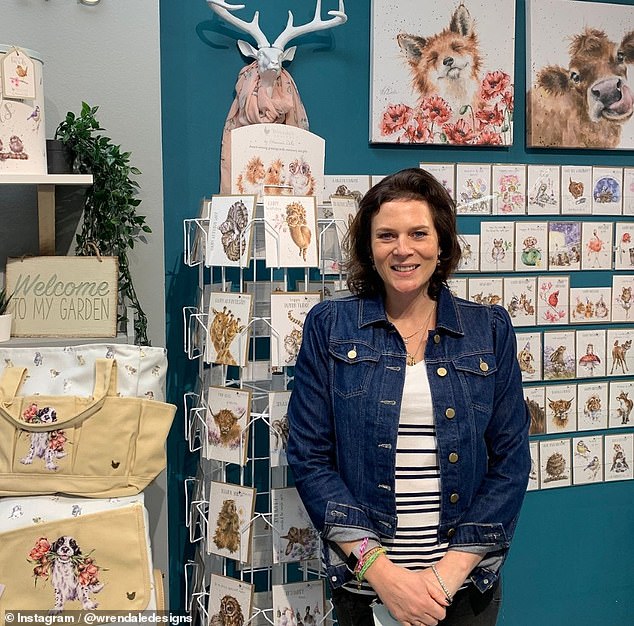 The artist (pictured) was pleased to see young talent being encouraged to pursue art, insisting it was a ‘fantastic’ ability to get into

Royal fans were quick to praise the nine-year-old’s artistic flair, suggesting he gets his skills from his mother, who is a keen photographer.

One person said: “A budding little artist. Merry Christmas everyone!’

Another said: ‘So much talent for a little guy! Longing for his mummy.’

During the festive season, the young royal siblings appeared on screen with their parents at their mother’s annual choir service and stole the show.

Together at Christmas, which features the Christmas carol concert organized by the Princess of Wales on Thursday 15 December, took place in Westminster Abbey. 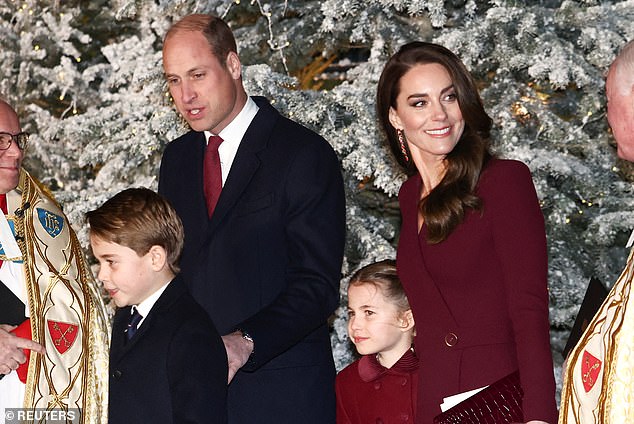 Together at Christmas, featuring the Carol Concert organized by the Princess of Wales on Thursday 15 December, took place in Westminster Abbey

Prince George and Princess Charlotte were in the front row of the crowds, along with their parents and the King and Queen Consort.

During the service, which included readings from Kristin Scott-Thomas and Prince William and performances by Craig David, Alfie Boe and Mel C, the young prince and princess stole the show.

The seven-year-old stole viewers’ hearts with her ‘priceless’ reaction when her face lit up during the tribute to the late Queen, her great-grandmother. 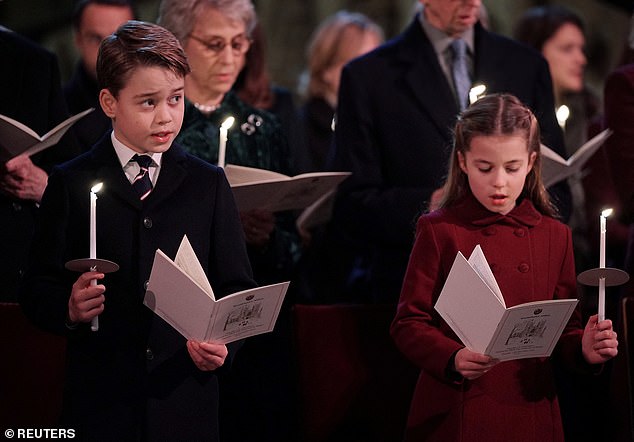 George and his younger sister Princess Charlotte, seven, wowed viewers across the country as his mother’s carol concert was broadcast on ITV1

Speaking at the start of the show, Kate said: ‘This Christmas will be our first without her late Majesty Queen Elizabeth.

“Her Majesty held Christmas close to her heart as a time that brought us together.”

Later in the program, Kate describes a sweet connection between the late Queen and her young children.

Sharing a family photo of Queen as a child putting on a Christmas production, the princess said: ‘It really resonated with me, and to see Her Majesty here doing the production on Christmas Day during the Second World War, which I thought was very special.

An artist in the making! Prince and Princess of Wales’ Christmas message features 9-year-old Prince George’s festive painting of a reindeer

By George! Amazon removes photoshopped 2016 image of Prince George that showed the royal wielding a chopping knife as part of promotion for £19.99 toy sold at the online retailer

King Charles takes charge of Royal Christmas: Fergie will have lunch with family at Sandringham while Harry and Meghan stay away, but Prince Andrew WILL NOT walk to church with others on Christmas Day