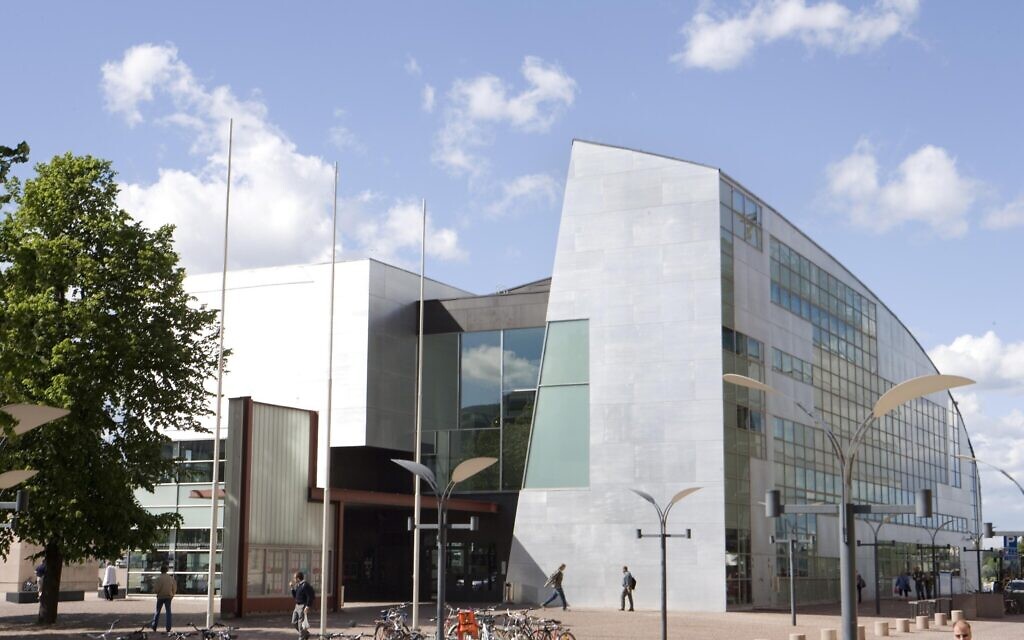 JTA — Nearly 130 Finnish artists will not work with Kiasma, the modern art wing of Finland’s national gallery, they announced in protest against a Finnish-Israeli billionaire who backs the gallery and has connections to both countries’ arms industries.

The artists signed the statement on Monday after the museum refused to remove a representative of the Zabludowicz Kunsttrust from its board. The trust was financed and founded by Chaim “Poju” Zabludowicz, a Finnish-Israeli billionaire who is the son of Shalom Zabludowicz, a Polish-born Jew and Auschwitz survivor who made his fortune by linking the Finnish and Israeli arms industries .

“As art workers, we expect the Kiasma Museum of Contemporary Art to refuse financial or other support from private parties involved in arms trade or manufacture and financial investments in conflict zones,” the statement said.

Today, Poju Zabludowicz lives in the UK and is in charge of Tamares, the family’s holding company, which invests heavily in real estate, although it still has some connections to the Israeli and Finnish defense industries. He was also involved in pro-Israel advocacy, founding the Britain Israel Communications and Research Center (BICOM) pro-Israel lobby group. He donated heavily to Britain’s Conservative party a decade ago.

Zabludowicz was investigated by Israeli police as part of their investigation into alleged illegal gifts given to former Israeli Prime Minister Benjamin Netanyahu, although Zabludowicz was not ultimately listed as a suspect in Netanyahu’s corruption trial.

Zabludowicz and his wife Anita are avid art collectors and have collected more than 5,000 pieces from more than 500 artists. The collection, managed by the Kunstrust, is displayed in galleries in London, New York and Finland.

The trust has long been targeted by boycotts organized by pro-Palestinian activists. Some have created a group called BDZ/Boycott Zabludowicz — a twist on the term BDS, referring to the international boycott, divestment and sanctions movement targeting Israel.

“Zabludowicz Art Trust uses art and culture to ‘whitewash’ the Israeli state’s ongoing racism and violence against Palestinians,” BDZ says on its website. “It is intimately connected with lobbying activities on behalf of the Israeli state, and with a company that provides services to the Israeli Air Force. The Zabludowicz brand weaponizes culture to legitimize and reinforce the Israeli policy of apartheid.”

Last year, after the latest flare-up of military hostilities between Israel and Hamas in Gaza, 25 artists “deauthorized” their works due to their inclusion in the Zabludowicz collection, according to ArtNet.

In a statement last year, in response to the boycotts and disqualifications, the Zabludowiczs expressed their support for a two-state solution.

“We founded the Zabludowicz Collection to nurture art and artists and promote a culture of inclusivity. The war between Israel and Hamas has once again broken our hearts. We passionately support a two-state solution that guarantees the rights of Palestinians and Israelis to live and work side by side in peace,” the couple said.

According to Kiasma, it has no power to suspend individuals, especially Finnish citizens, from the board of its support foundation.

“As an organization operating under the Finnish state, the National Gallery and its museums cannot participate in boycotts aimed at individual citizens,” the museum said in a statement.

It added: “We participate in those boycotts and blockades to which the Finnish state has committed itself and instructed us.”

I joined The Times of Israel after covering American and Israeli politics for Hebrew news outlets for many years.

I believe that responsible coverage of Israeli politicians means presenting a 360-degree view of their words and actions – conveying not only what is happening, but also what it means in the broader context of Israeli society and the region.

This is hard to do because you can rarely take politicians at face value – you have to go the extra mile to present full context and try to overcome your own biases.

I am proud of our work that tells the story of Israeli politics straightforward and comprehensive. I believe Israel is stronger and more democratic when professional journalists do that difficult job well.

Your support for our work by joining The Times of Israel Community help ensure we can continue to do so.

You are a devoted reader

We’re really glad you read X Times of Israel articles in the past month.

That’s why we started the Times of Israel ten years ago – to provide discerning readers like you with must-read coverage of Israel and the Jewish world.

So now we have a request. Unlike other news outlets, we have not set up a paywall. But since the journalism we do is expensive, we invite readers for whom The Times of Israel has become important to help support our work by joining The Times of Israel Community.

For as little as $6 a month, you can help support our quality journalism while enjoying The Times of Israel ADS freeas well as access exclusive content only available to members of the Times of Israel community.

Thank you,
David Horovitz, founding editor of The Times of Israel