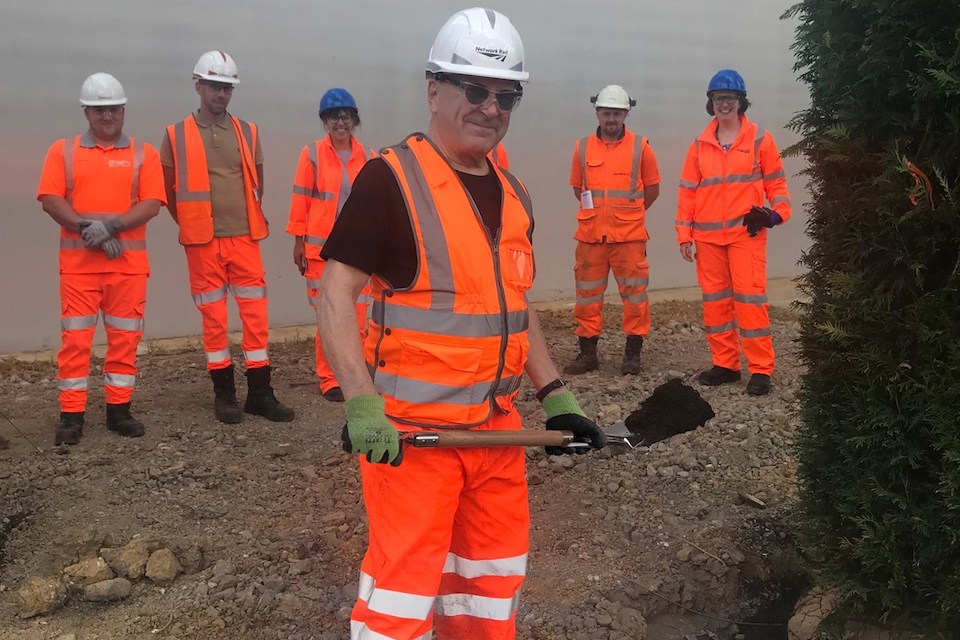 Network Rail is more usually cutting back the green around the track. However, the UK’s Infrastructure Management Agency has turned to vegetation in a new way to tackle the scourge of graffiti. Network Rail has stopped pulling growth from the track and planting trees in a vandalism hotspot in Bermondsey, south London.

On their southern region and route, Network Rail planted 35 trees at an unsightly graffiti hotspot in London. They say it is in a bid to deter criminal taggers from vandalizing the railway line and to save thousands of pounds in clean-up costs. It is the first time Network Rail has trialled the use of trees to prevent graffiti and vandalism, which has become an eyesore for the railway and its neighbours.

Longest job title on the railway

Bermondsey Dive Under is an intricate junction on the approaches to London Bridge station – and one of the busiest on the entire UK rail network. The tree planting at the junction, Network Rail says, aims to stop graffiti at this south-east London hotspot. It also hopes to save money, which has cost taxpayers 150,000 pounds (176,000 euros) in clean-up costs over the past two years.

There are also safety and disruption benefits, but Network Rail also says it creates new habitat for wildlife living around the railway. “Using trees to provide a screen that prevents markers from being painted over is a novel approach,” said Jon Ruch, Network Rail’s head of security, route crime and resilience for the Southern region. “[It’s] also fantastic news for the environment.”

“Our crews have been working incredibly hard over the past year or so to remove more graffiti as we look to make the railroad a more inviting place,” Ruch added. “We spend around 750 thousand pounds [885 thousand euro] per year to target graffiti hotspots and has cleaned almost 700 sites across the Southern region since the start of the year. If we can stop this, it is essential funding that we can invest in making the railway more reliable.”

This latest tree planting follows the launch of a one million pound (€1.2 million) scheme by Network Rail Southern Region in April to support local planting schemes in Kent, Sussex, South London, Surrey and Hampshire over the next three years. to direct. The initiative is in partnership with the national charity The Tree Council. The first annual target of 10,000 trees and shrubs by the end of March 2022 has been more than doubled. Network Rail says thousands more will follow by 2024.