In the middle of shooting. Photo: Bryan Danielson (@br_i_an)

Born and raised outside Chicago Tommy Piercki It doesn’t come from a long line of surfers and photographers. But despite his roots, Piercki was destined to live behind the lens and on the water.

In the early 2000s, Piercki traveled to Honolulu to visit his sister and tried surfing for the first time at Baby Queens. He soon fell in love with it. After returning, he learned as much as possible about the island, and in 2013 Piercki and his wife officially moved to Oahu. Upon arriving on the island, Pierkki became a regular in the lineup and was fascinated by the idea of ​​capturing the incredible surfing he witnessed every day.

Fast forward to the present. Pierucki is a well-known surf photographer whose work is Pacific Long Border When Hawaii Not only by magazines, but also by brands such as Roxy, RVCA, Hawaiian Airlines and Billabong. Here, catching up with Piercki between sessions, how he first took a picture, why he decided to focus on the longboard, and the equipment he uses to capture his amazing images. Asked about. 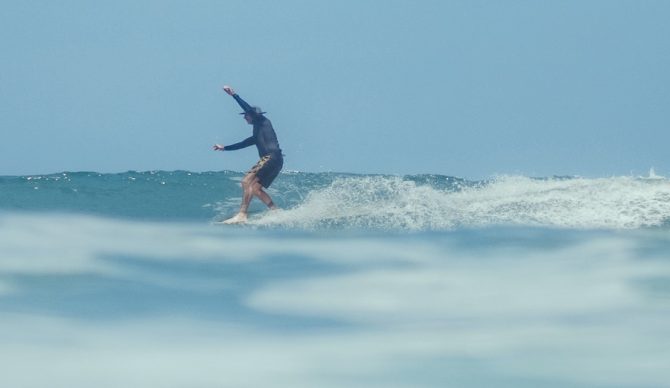 How did you get started with photography?

When we first moved to Oahu, I had a GoPro and met Zak Noyle. He took a lot of barrel shots at Sandy Beach. So he took the GoPro to Sandys and tried to get a barrel shot. That is the beginning of everything. Later, when I went surfing, I took my GoPro and captured my videos and photos, but that wasn’t really justice. I would see all these beautiful moments, but the GoPro couldn’t completely capture what I was seeing.

In January 2018, I saw an ad for a camera and a water housing. I borrowed my friend’s camera once and really liked it, so I wanted to try it. Once I got the camera, I went out as much as I could and started learning from it.

How did you get started with surf photography?

I started a small family photography business. It allowed me to surf and shoot during the day and take family photos at sunrise and sunset. I could go out to sea a lot during the day and usually went wherever my friends were surfing. I went to Queens once and saw the toots on the surfboard and thought he looked really cool in my pictures. So I started coming back, and that’s where I started meeting a lot of talented longboarders. At the time, I wasn’t always crazy about longboarding, I was surfing and capturing fun moments. But Queens is where I’m in love with longboards and nozaling. Until I got to Queens, I hadn’t seen people doing it and doing it very well. 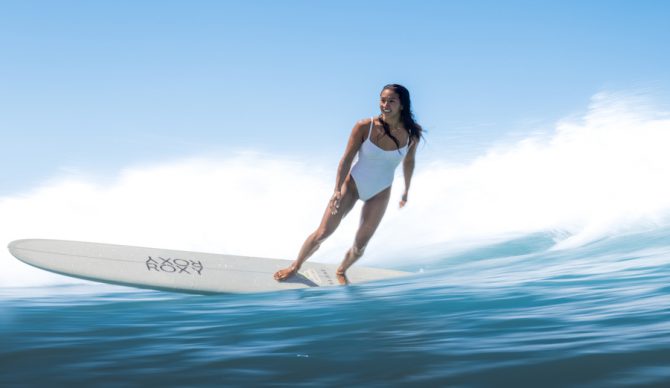 Where do you usually shoot?

I really enjoy Queens. We live about a block away, so we can get out of the front door and get there. Or wherever my trip takes me. I was lucky enough to travel a lot. Sri Lanka, Taiwan, Indonesia, Mexico, El Salvador — I’ve been to some really great places and they were all really special.

What is your favorite thing?

Definitely longboarding. Stylish longboarding — people who can do it with style, elegance, and power. Many WSL surfers on longboard tours have such style and power, so I really chase it a lot. Many Mexi Log Fest competitors are insanely talented, but they are not always competing. Shooting them is so much fun because they are in their elements, they are having fun, and they make it look so good. Longboarding is very poetic. 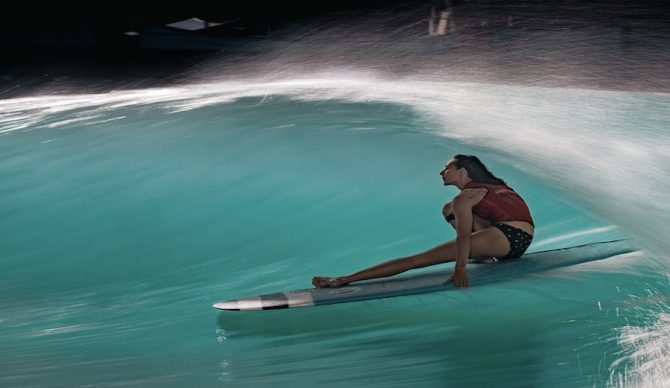 How did you get hooked on the Waikiki surf scene?

If you spend enough time there and put your time in, you start meeting people. By doing what you do and giving back to the community, you connect with the place, the people, and the waves. My first wave was Baby Queens, so that’s my heart.

What are the biggest challenges in capturing surfing?

One of the biggest challenges is trying to make a living. It’s not just photos. It’s about your relationship and how you make people feel. It’s who you are as a person and how far it can take you. One of the challenges of becoming a longboard photographer is having to be around the longboarder. I am very fortunate to be in a place with dozens of people during breaks. 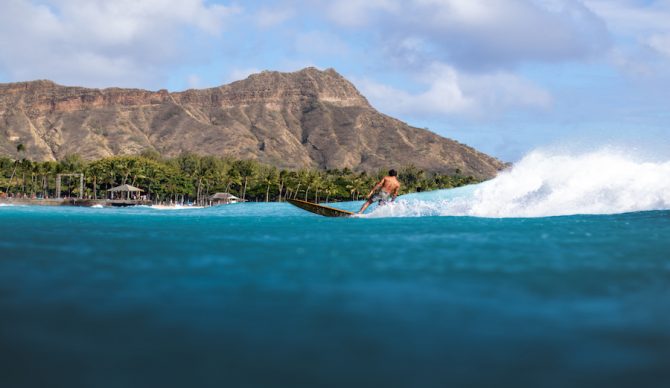 What kind of equipment do you use?

I have a Canon R5 mirrorless camera and an Aquatech water housing. Switch between several different lenses depending on the shot you are looking for. I like to put the GoPro on top of the housing and take a video with a still image, or use the iPhone with the Axis Go housing above the water housing. I’m creative, trying different things and constantly switching between them to get new angles.

Is there a shot you are most proud of?

Pacific Long Border I chose 3 photos of me and put them on the cover. My first encounter with them was in 2019, when I hadn’t taken full-time surf photos, so it was a verification I had never experienced before.

The first cover shot is a picture of Mana Takayama hanging 10 and leaning back. Waikiki was a day with a clear blue sky. When I attached a polarizing filter to the lens, it looked like it was shot in the studio. The waves are so good, Kaimana is in perfect location and the sky is so perfect that it looks almost fake. Many things were lined up. It’s just one of the shots I always come back to. 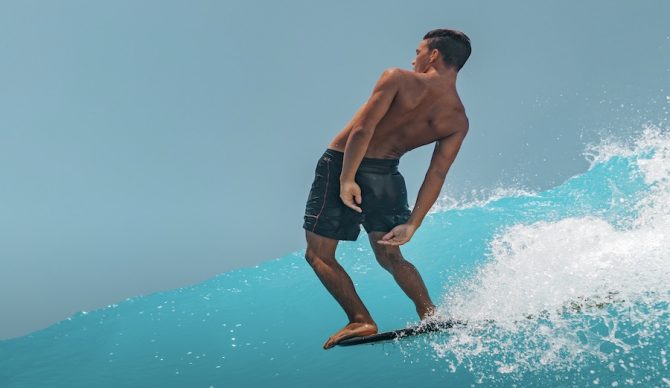 Do you think the fact that you are a surfer helps you catch surfing?

absolutely. Knowing the waves, knowing where the surfers do things, and knowing what the waves do in a particular part, especially if you know what kind of shot you are trying to get I think it will be very helpful to know where to sit.

What are your plans / goals you are looking forward to?

The dream is just to keep doing what I’m doing. You can make a living here in Waikiki, take your camera and stay underwater to pay for it. And to continue the trip. There are many places you want to see and surf. I just want to explore more and continue learning.