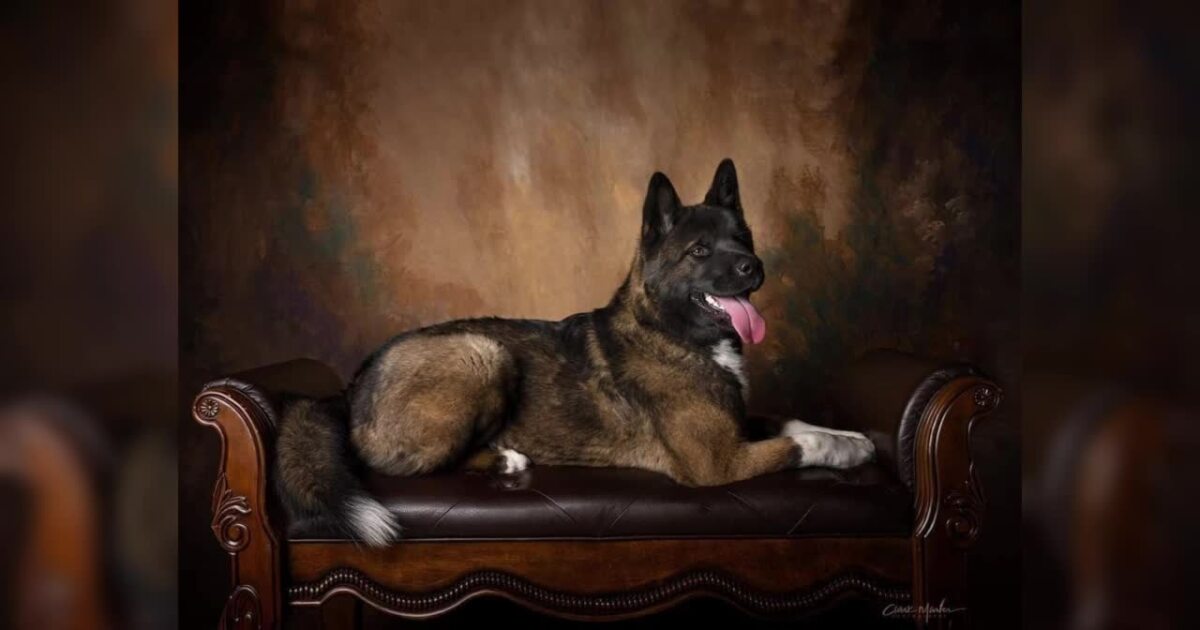 BILLINGS – A Billings photographer and his team have donated more than $10,000 to the Yellowstone Valley Animal Shelter and Rimrock Humane Society after photographing more than 200 dogs to be featured in the book “Tails of Montana.”

Rudi Marten, who has helped run Clark Marten Photography with his parents Clark and Rachel since 2008, took over the business four years ago and has since decided to bring this project to life after years of watching families bring their dogs in for portraits as valued members of the family.

He assembled a team of photographers who he ensured were comfortable around animals and had to get a little creative.

“Sometimes the dogs wouldn’t pose unless their owner was standing there holding their leash, so we had to do some editing,” explains Marten. “We had to research different beepers to get their attention and look at the camera.”

They advertised these sessions online and got an enormous response. About 175 families paid $100 to participate, sometimes with multiple dogs, and were given a portrait as well as a copy of the book. Fifty dollars from each session was added to the endowment fund.

Book sales also contributed to the total donation amount, and a portion of future book sales will also be donated. Marten has a few copies left, and if they all sell, he will be able to donate another $600.

This project was open to all Montana dog owners who share that special bond with their four-legged friend that makes them feel like part of the family.

“The biggest thing was the response from dog owners who were (grateful for this) because it’s like one of (their) children or even stories of people who couldn’t have children and these are their children. And it was really nice to celebrate it in a unique way,” reflects Marten.

Susan Strand was able to participate in the project with her fur baby, Cedar. Cedar is a one-year-old Akita who is considered her “child of choice.” Cedar may have a lot of energy and use her mother as a chew toy, but she is still seen as a source of happiness for Strand.

“I went through a very difficult time last year through COVID with quite a few losses, so she really helped bring light back into my life,” says Strand. “They are all the best things we humans wish we could be.”

Strand hopes all the books sell and people continue to support no-kill shelters because “all dogs deserve a home.”

The dogs appear in “Tails of Montana” includes purebreds, shelter dogs, police K-9s and more. Each page contains a portrait of the dog (or dogs) accompanied by a short biography. The title is a pun that expresses different stories between the dogs photographed.

Asked about plans for volume 2, Marten said it depends on the level of demand for another project. They do have some ideas in mind, but will take a different angle, he said.