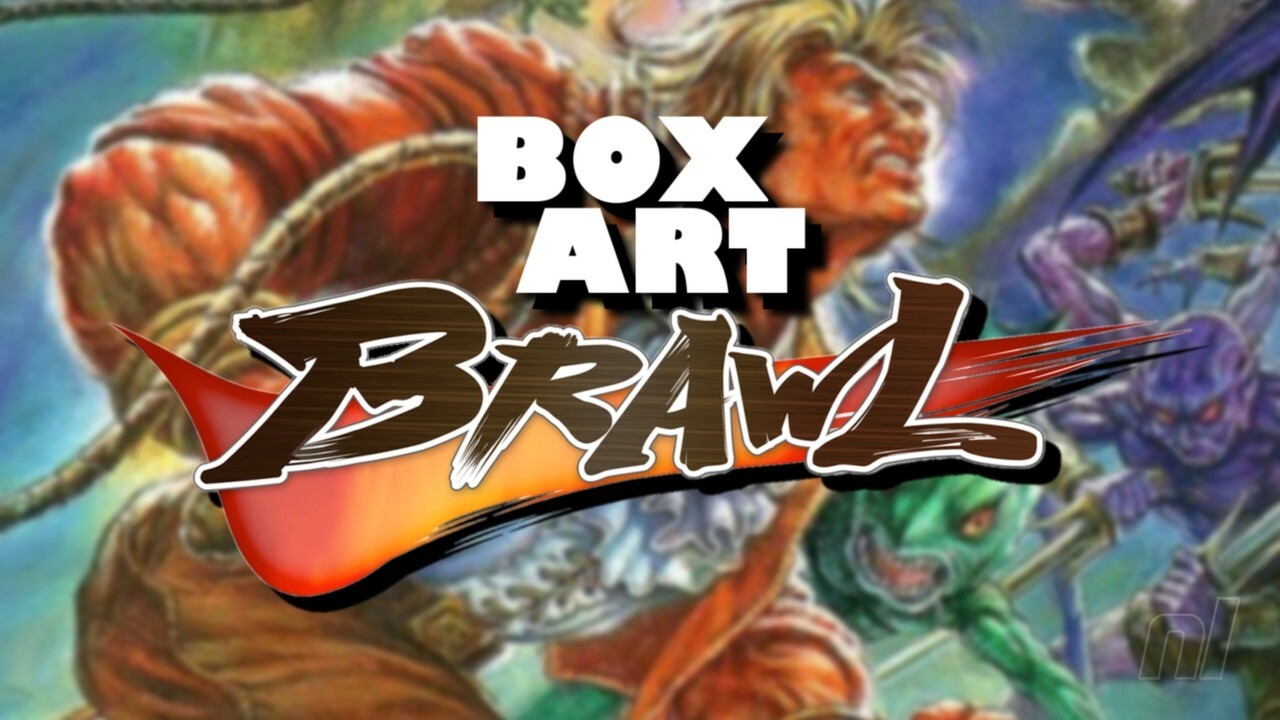 Hello folks, and welcome to another edition of Box Art Brawl!

Before we get into this week’s brawl, let’s cast our minds back to last week. We looked at Sonic CD for the Sega CD and, to no one’s surprise, the more action-packed box art for North America won the vote by a decent margin, bringing in 48%. Europe came in second with 30%, and the oddly squishy title Japanese Boxing finished with 22%.

This week we’re going to stick with Sega’s console lineup and take a look at Castlevania: Bloodlines. Released in 1994, the game was known in Japan as ‘Vampire Slayer’ and in Europe as ‘Castlevania: The New Generation’while North America tackled what would likely become the game’s most famous title, ‘Bloodlines’.

The game was well received by critics at the time of its release, who praised the faster pacing and more action-focused gameplay, but criticism was leveled against the visuals, which were considered inferior to the SNES title Super Castlevania IV.

Two of our competitors share similar designs for their respective boxing this week, but we’re going with a three-way fight, if only for the stark difference in game titles.

Be sure to cast your votes in the poll below; but first let’s look at the box art designs themselves.

Along with its title, the North American box art design is probably the most famous among fans. We see our protagonist in the lower half of the composition and a whole bunch of nasty creatures surrounding him. The ‘Bloodlines’ title itself is pretty macabre, with blood dripping from its letters to look like something straight out of RL Stine’s Goosebumps or something! We are big fans of this one.

Europa’s ‘New Generation’ design is perhaps a bit more ominous, with significantly darker colors and a sinister red tone in the background, with bats flying around and a crimson moon looming in the sky. The characters here are very well designed and their positions within the composition make for some pretty impactful artwork.

Japan’s design is more or less the same as Europe’s, except that everything is zoomed in significantly to remove some of the empty black space. The main difference here is of course the title itself. We have ‘Vampire Killer’ which looks like it’s written in blood and it’s quite striking; certainly more so than the rather bland ‘New Generation’ title seen on Europe’s cover.

Which region got the best Castlevania: Bloodlines box art? (222 votes)

Thank you for voting! We’ll see you next time for another round of the Box Art Brawl.

11 Trendy Minimalist Decor Ideas for A Quick Do Over