Cardi B Called Out Over Uncredited Recreation of Simpsons Fan Art 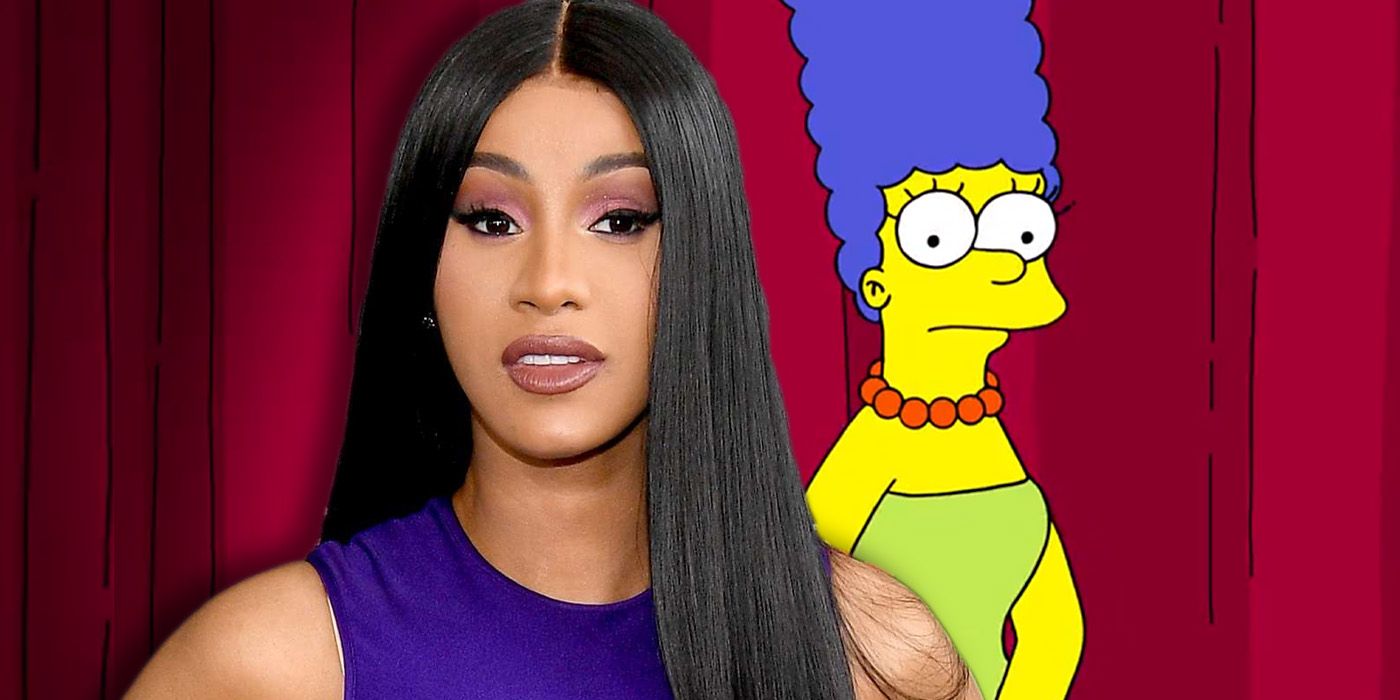 An Italian artist is threatening legal action against Grammy-winning rapper Cardi B after her costume replica of fan art from The Simpsons.

Grammy-winning rapper Cardi B faces potential legal action from a fan over her Marge Simpson Halloween cosplay of The Simpsonswith the creator insisting she used his fan art without permission.

Posting a lengthy statement on his Instagram page, Italian artist Alexandro Palombo provided a snapshot of Cardi B’s Marge Simpson make-up posted on October 31, featuring Marge’s long blue hair while wearing a 1995 Thierry wore Mugler dress, which partially revealed her bottom. According to Palombo, the rapper appropriated his original artwork from 2013 called “Marge Simpson Style Icon,” which he included in the snap. “Cardi B and her collaborators used my artwork without any authorization, downplaying its original meaning and only to enhance their image with a clear commercial purpose that has nothing to do with that path of social awareness that has always characterized my works no,” he said.

RELATED: Springfield Thinks Marge Is The Worst Of The Simpsons — But Are They Right?

Palombo’s lawyers also commented on the matter, saying they wrote to Cardi B about their failure to contact or credit Palombo about his work, claiming she violated Meta’s intellectual property rights policy with her costume of the Simpsons’ blue-haired matriarch, Marge Simpson. However, by press time, neither Cardi B nor her representatives had responded to the accusations made by the artist.

“Marge Simpson Style Icon” was first featured in British Vogue, including 24 photos of Marge wearing famous clothes such as Madonna’s Jean Paul Gaultier bustier and Geri Horner’s Union Jack dress. Palombo created The Simpsons fan art collection to promote gender equality and women’s emancipation. The artist, who attended Milan’s Marangoni Institute, conjures up creations that reimagine famous animated and fictional characters in various real-life scenarios, sometimes in controversial ones. He also created a piece that characters from The Simpsons re-enactment of the death of George Floyd in May 2020. In addition, he has created artwork showing various Disney princesses undergoing a mastectomy.

Cardi B, whose real name is Belcalis Marlenis Almánzar Cephus, created a huge buzz when she posted the Marge Simpson-inspired dress to her 144 million followers on Instagram, garnering more than 12,000 comments. She has long been known for her co-starring of famous characters from TV shows. Along with the image in question, she posted photos of herself wearing Marge Simpson’s traditional green dress this past Halloween, one showing her dusting off her Grammy and another in front of Moe’s Bar. In 2020, the rapper suited up as Marvel’s Scarlet Witch for Halloween, and followed it up in 2021 with a Morticia Addams costume in homage to the character of The Addams Family.

Season 34 of The Simpsons is currently airing on Fox, premiering this past September. This season will air the 750th episode of the popular animated series.