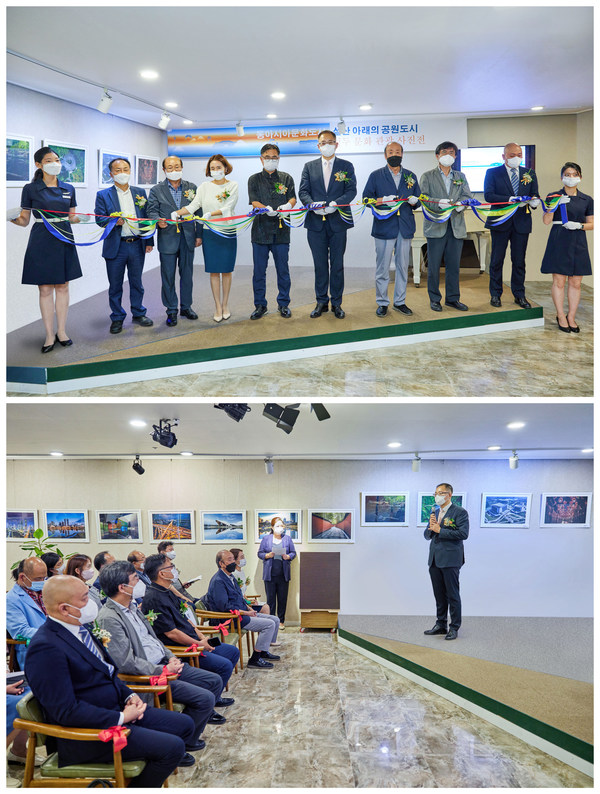 “Happiness” and snowy mountains together

“Chengduknown as ‘The land of plenty’, has a history of more than 4,500 years of civilization and 2,300 years of city-building, is the capital of Sichuan Province of Chinathe financial center of western Chinaa famous historical and cultural city, the birthplace of the ancient Shu civilization, the UNESCO-certified World Capital of Gastronomy, and a popular tourist destination city for global visitors.”

At the opening ceremony, the representative of the Chinese Tourism Office in Seoul told the guests that China and South Korea have been neighbors since ancient times, and their cultural traditions are similar to each other. Seoul City and Chengdu City also has a deep historical relationship. As the exchanges and cooperation between the two cities in the field of tourism continue to strengthen, the number of mutual visits of tourists is growing rapidly, and the scope of two-way tourism exchanges between the two countries continues to expand.

This exhibition contains 40 photographs by 15 photographers Chengdu and is presented to Korean audiences. Through three separate and intersecting sections: “In Chengdu, look at the snowy mountains”, “The land of abundance”, and “The city, the fireworks and the happiness of Chengdu“, the exhibition allows Korean friends to see a beautiful and livable city that people around the world aspire to, and opens a new window for the world to observe and understand Chengdu. 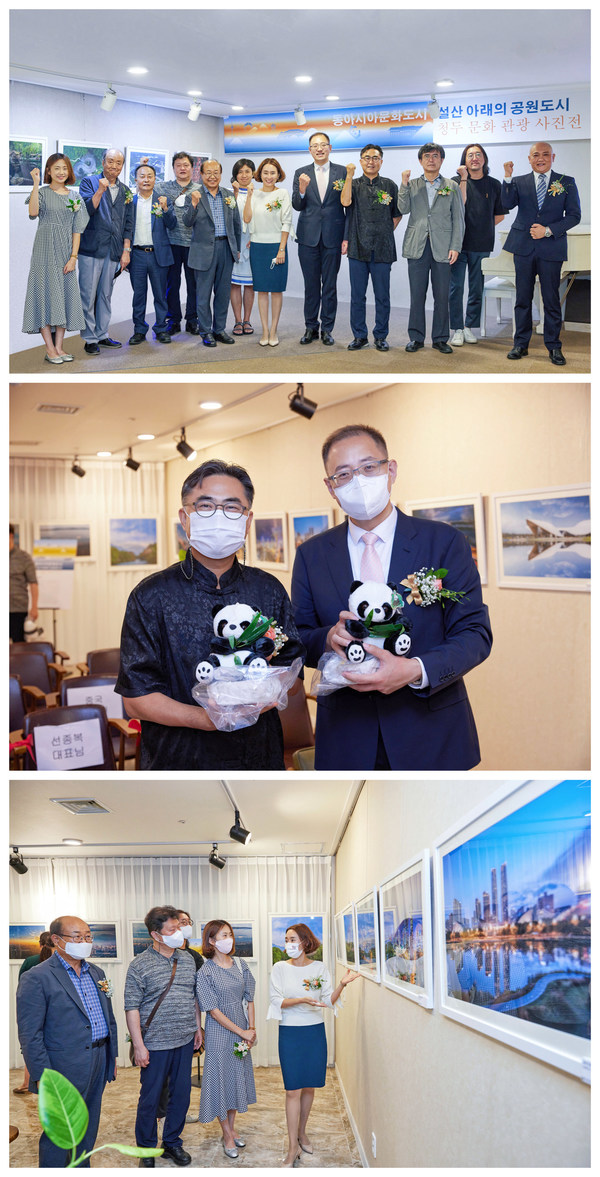 Guests at the event view the photography exhibition

“China and South Korea are separated by the sea. This year marks the 30th anniversary of the establishment of diplomatic relations between China and South Koreaas well as the ‘Year of Cultural Exchange between China and South Korea‘, and China–South Korea relations face new opportunities for development.” Deputy Director of the Seoul Chinese Cultural Center, Mr. Li Shaopeng, said in his speech that Chengdu is one of the most popular Chinese cities for Korean tourists and plays an active and important role in Sino-Korean exchanges and Sino-Japanese cooperation after being elected as the 2023 East Asian Cultural Capital. I look forward to the “Park City under the Snowy Mountains” Chengdu Culture and Tourism Video Exhibition to show the Korean people the charm of The of Chengdu beautiful culture and tourism and its humanistic flavor. We hope that through this opportunity we can further strengthen the bonds of friendship and exchange between each other Chengdu and Korea, enhance Korean people’s understanding and love for Chengdupromote people-to-people contact, jointly build the “East Asia Cultural Capital” in 2023, so that cultural and tourism cooperation can drive more fields and bear fruits of exchange, and China-Korea relations to a higher level can promote.

In his speech as the guest of honor at the opening ceremony of the photo exhibition, Dr. Shougen U, Director of the Korea Institute of East Asian Studies and School of Politics and International Relations of East China Normal University, said: “This year is the 30th anniversary of the establishment of diplomatic relations between China and South Koreaand this photo exhibition is particularly special for both countries as it is held in the far-reaching August 2022. The exhibition also has the meaning to Korea, China and Japan to strengthen cooperation in the field of culture.

“The year 2022 points the 10th anniversary of the creation of the ‘East Asian Cultural Capital’. The three East Asian countries, including Korea, China and Japanhave very deep roots and are like friends with a long history.” In his speech, Professor Joo Do-yang of the Department of Fine Arts of Dongguk University has the city of Chengdu to become a world-class cultural city soon and wished it success in building the “East Asian Cultural Capital”. He congratulated the success of the “Park City under the Snowy Mountains – Chengdu Cultural and Tourism Image Exhibition” and wished that the long and deep friendship between Korea and China would last forever, just like the “friendship in trouble”.

According to the organizers, the video exhibition will be on August 5th and ends on 18 Augustand all Seoul residents are welcome to visit the exhibition.