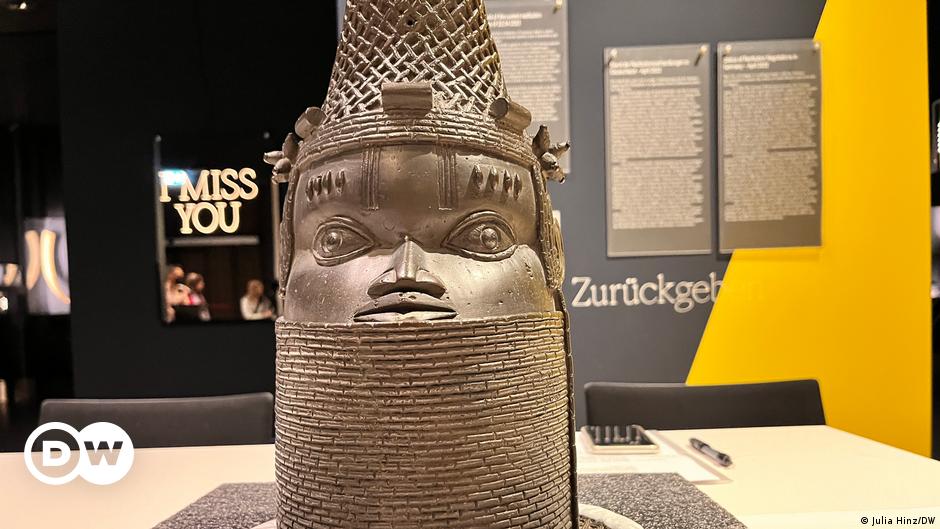 Nigeria has taken back ownership of 92 bronze sculptures that make up the so-called Benin Bronzes from a museum in the German city of Cologne, following an agreement signed by the city’s mayor on Thursday.

The Director General of Nigeria’s National Commission for Museums, Abba Isa Tijani, was in Cologne to sign the agreement with Mayor Henriette Reker.

The transfer of the bronze from the Rautenstrauch-Joest-Museum is the most recent in an ongoing effort to see the works of art looted by colonial powers returned to their former homes.

“This is a milestone in a difficult debate lasting decades about the restitution of stolen art, with national and international significance,” said Reker.

Some pieces to stay in Cologne on loan

Three of the pieces will be brought back to Nigeria this month, with another 52 to be gradually transferred from next year.

The rest will be loaned to Cologne for a period of at least 10 years, according to an agreement made with the city of Berlin earlier this year.

There are an estimated 1,100 Benin bronze pieces spread over about 20 museums in Germany.

They were originally stolen by the British army in 1897 when they looted and burned the palace of the kingdom of Benin located in modern day Nigeria.

The looted pieces were then auctioned off to buyers across Europe.

The gradual return of the artwork is the result of negotiations between Germany’s foreign ministry and culture minister, Claudia Roth, with Nigerian representatives since last year.

In July, Roth and Secretary of State Annalena Baerbock signed a restitution agreement with their Nigerian counterparts Lai Mohammed and Zubairo Dado, respectively.

The Hamburg Museum of World Cultures is to hand over 179 pieces of stolen Nigerian art from Friday following a decision taken at the end of September.

France and the UK, both with significant stocks of stolen colonial-era art, have also begun to return, or negotiate the return of, pieces not only to Nigeria but other formerly colonized countries.