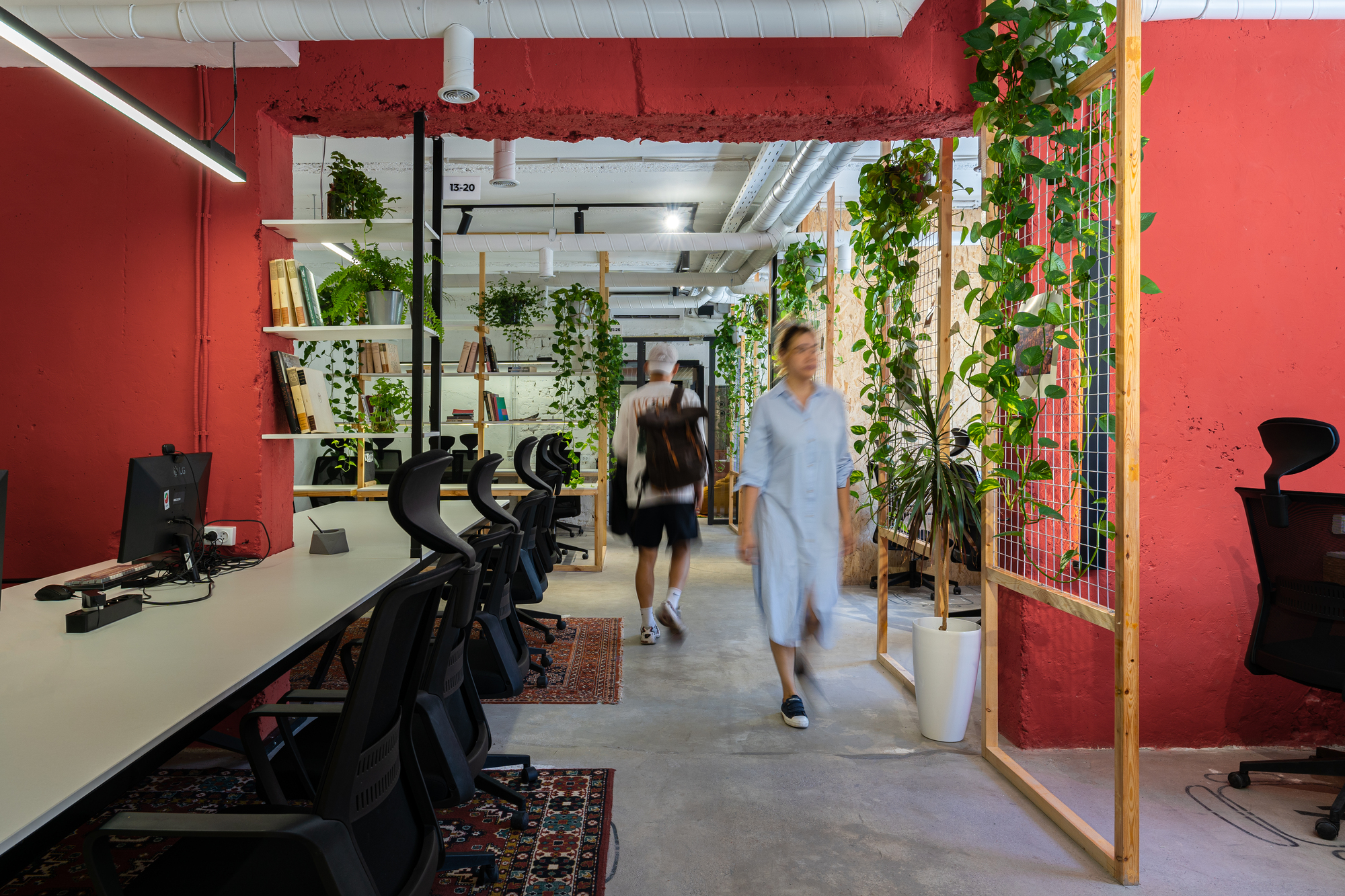 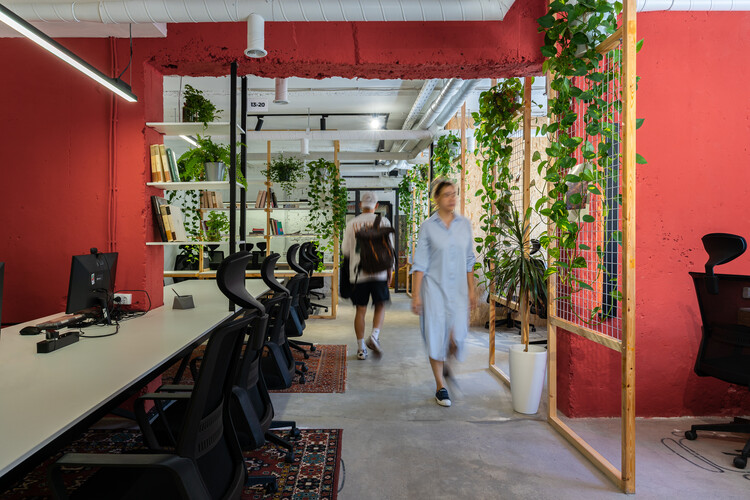 Text description provided by the architects. Coworking-hub is a story about the desire of an architectural company to reach a new level of its development stage, where, despite the difficulties and failures, it turned out to do something new interesting and unusual for the local citizens make.

Since the workspace is located in the basement of a residential building, it was not possible to change the layout configuration much, but it was nevertheless possible to divide the space into the necessary functional zones. There is a quiet work area in an open space and a noisy area where you can make zoom calls. There are private offices, a meeting room, zoom rooms, a lecture hall for events, a kitchen and a toilet with a shower. Some open space areas are visually separated by light ivy-covered lattice structures, which create a degree of privacy while allowing enough natural light into the common space. And there is also a mini library available for visitors.

Affordable and practical finishing materials are used with the hub work, such as wood, OSB panels, concrete and metal structures. Material combinations create a relaxed atmosphere in which representatives of different creative professions want to work. The space is designed in neutral shades, but the accent red wall is a distinctive feature of the interior design. Plants enliven the office space and create a cozy atmosphere. There was no initial idea of ​​what a coworking hub would look like, everything was developed along the way, and ideas came spontaneously. The space planning and functional zones were initially planned, but the interior design was an improvisation.

For the city of Tashkent, the hub is a non-standard extraordinary project that breaks the stereotypes of the local mentality, which believes that it is only beautiful if there are classic gold-colored columns. It’s just that sometimes you get tired of pomposity, and you want simplicity and lightness so that nothing distracts you and does not interfere with the creative process. Hub is the very place where you can concentrate on work without distraction, and here you can also find like-minded people to create joint projects.