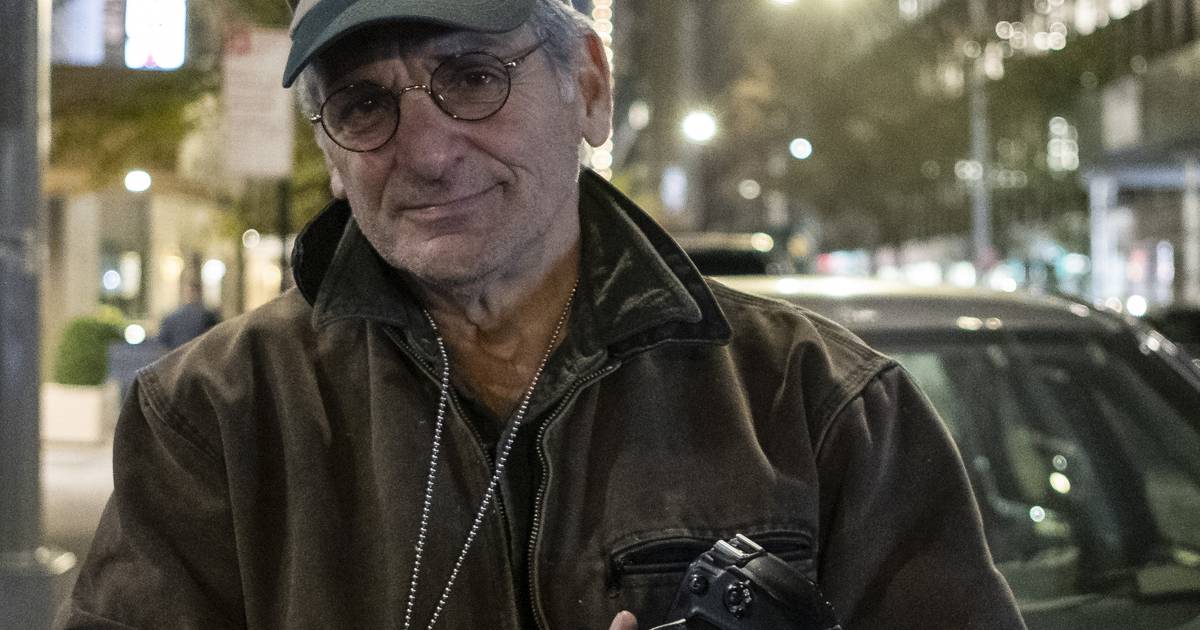 A Daily News freelance crime photographer found himself on the other side of the lens when he was struck by a car and dragged for nearly three blocks down a Manhattan street Wednesday night, police said.

Sam Costanza, 73, said he stopped for a quick cup of tea at his favorite West Village deli when a thief jumped into his Toyota with the keys still in the ignition.

Witnesses say the driver started the car and drove along W. Fourth St. shortly before 7:00 p.m. took off, but not before Costanza ran out of the store and climbed into the open passenger door window to try to stop the driver.

With the shutterbug hanging halfway outside the car, weaving left and right, the thief sped the car for nearly three blocks before crashing into a building at W. 4th and Bank Sts. crashed, just feet from a restaurant where meals were eaten outdoors.

“I was screaming, ‘Get me out,'” Costanza, who was trapped inside, told the Daily News. “I was afraid the car was going to catch fire.”

Several pedestrians gently pulled him out of the car and sat him in a chair until first responders arrived, Constanza said. Costanza, who suffered a broken right leg and injuries to his foot, was taken to Bellevue Hospital, where he was treated and released.

Meanwhile, the deli owner, Ali Alshella, who also gave chase, caught up with the driver who tried to escape after the accident. Alshella and other pedestrians held the driver down until cops arrived minutes later.

Get updates on the coronavirus pandemic and other news as it happens with our free breaking news email alerts.

“I’m very happy,” Costanza said. “I could have been killed. I was dragged for 2½ blocks.”

Mahmoud has a lengthy rap sheet with more than two dozen previous arrests, police said. His court case was pending on Friday.

Costanza, who was on duty with expensive equipment in his car, said he learned his lesson about leaving his key in his vehicle — and being an action hero.

“It was careless on my part,” he said.

Last year, the veteran photographer was injured while covering a Midtown anti-police protest in February. He was hit in the back of the head and knocked to the ground, where he was repeatedly kicked by up to 10 protesters, cops said.

Costanza said he believed he suffered a broken nose.