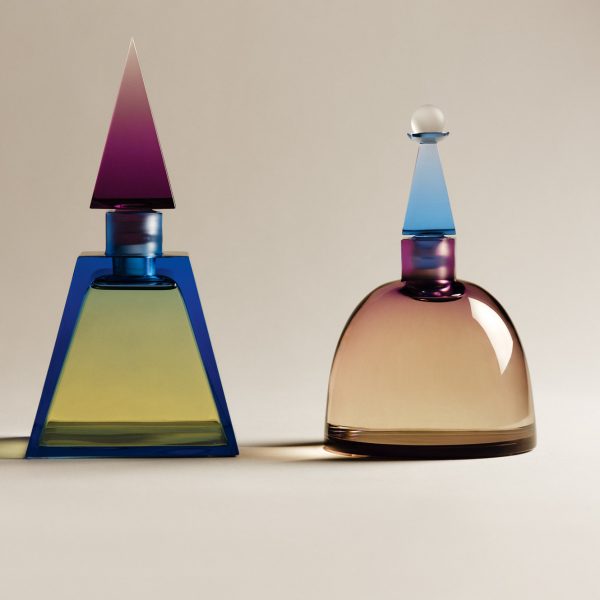 Over the past 12 months, designers have turned their hand to some of the most pressing challenges facing humanity, from pollution and sanitation to the energy crisis.

Still others have focused on providing beauty and levity amid ongoing social and environmental crises, such as with a cheeky drivable office chair from German automaker Volkswagen.

The ISPA Link trainer is made entirely without glue and instead consists of two separate modules – a sock-style upper and a studded sole that interlock with matching openings in the material.

Held together by nothing but laces and tension, the shoes are designed to be easily taken apart for recycling as part of Nike’s efforts to move towards a more closed-loop production system.

The product has a similar flavor profile to the real fruit and is packaged in a fake avocado skin made from wax – complete with a chestnut for a stone – in an attempt to wean people off the resource-intensive imported food.

Awarded Design Project of the Year at the 2022 Dezeen Awards, Wheeliy 2.0 is a foldable wheelchair that weighs just eight kilograms and introduces simple mechanisms to make movement and folding more simple.

Its footrest can be raised with a single movement and its armrests can be pushed down to act as breaks, while yellow accents help those unfamiliar with wheelchairs operate the design intuitively.

This bioplastic adhesive is made from waste potatoes instead of petroleum, saving emissions while creating a product that will break down in home compost within 180 days.

“Great Wrap breaks down the same way food scraps do, into food and energy for the microbes in your compost,” Great Wrap co-founder Julia Kay explained.

American artist James Turrell applied his knack for manipulating light on a smaller scale in the form of two perfume flacons for French glassmaker Lalique.

The bottles are distinguished by their prismatic shapes and subtle color gradients, which deviate slightly as they nod to the architecture of Buddhist stupas – domed shrines used to house religious relics.

Its two flexible “wings” sit tightly at the base of the penis to prevent the blood from flowing away, while four integrated motors provide localized vibration therapy to improve circulation and target various erogenous zones.

One of the most viewed design projects to appear on Dezeen this year was Dyson’s controversial Dyson Zone headphones, which combine noise cancellation with a detachable air purification visor in an attempt to tackle the dual challenges of noise and pollution in cities to pack

After five years of research and development, the device will go on sale in January despite skepticism from several media outlets, with some calling the product “bizarre” and straight out of “a dystopian sci-fi movie.”

As the war in Ukraine sent energy prices skyrocketing and highlighted Europe’s dependence on Russian oil and gas, design graduate Mireille Steinhage created an affordable and renewable solution to staying warm over the winter in the form of her Solar Blanket.

Made from conductive yarn, the heated blanket is charged using the included solar panel and designed to retail for less than £10.

German car manufacturer Volkswagen has designed a drivable office chair that can travel at speeds of up to 20 kilometers per hour – rivaling most electric scooters.

The five-wheeled prototype comes complete with a seat belt, touchscreen display, reversing camera and two pedals that can be used to change direction instead of a steering wheel.

“You can drive, honk and listen to music – even a signal when you turn into a meeting room,” the brand said.

Feces are dried and burned to ash in this prototype toilet launched by billionaire Bill Gates and South Korean electronics company Samsung, meaning it can function completely without water.

Meanwhile, urine is passed through a biological purification system to kill any pathogens and allow it to be fully recycled.

Learn more about the waterless toilet ›

OpenSea blocks Cuban artists from the platform due to US sanctions

26 Ways to Reuse Amazon Boxes Instead of Recycling Them