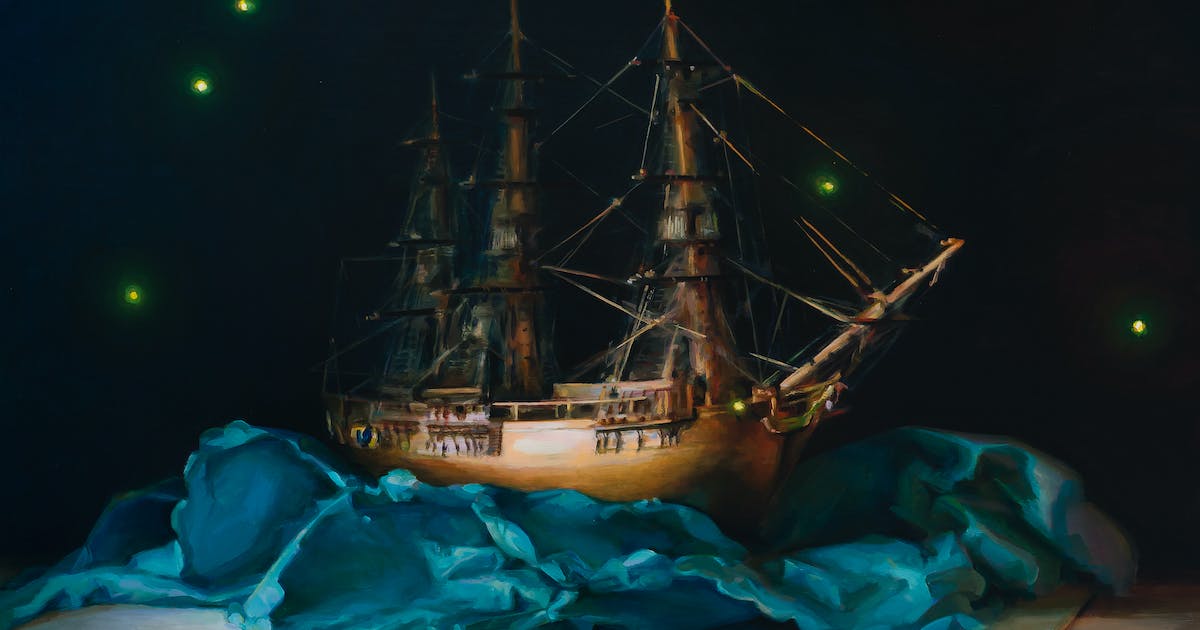 DULUTH — Kelly Schamberger isn’t sure yet what it will feel like to look up at the night sky and know that her most prized painting is out there orbiting the Earth.

“Every time I look at the moon, I’m going to think about it,” she said.

Schamberger is one of about 100 artists who later this year will have an etching of her artwork included in a time capsule and sent to the moon during a SpaceX mission, the Art Innovation Center announced this week. The online museum focused on contemporary realism has hosted its international competition for the past 16 years – and this year received more than 5,400 entries from 75 countries for the competition that dangled the opportunity for lunar inclusion to its winners and honorable mentions.

Schamberger said she had given up on the ARC competition in the past because of the entry fee and her belief that she didn’t have a chance. But that otherworldly aspect called.

“I’ve always loved space, I’ve always loved the stars,” said Schamberger, a Bloomington native who moved to Duluth to attend the Great Lakes Academy of Fine Art. “I have this painting that is really special to me. It encompasses everything that I am and my whole heart as an artist.”

“We’ll throw it out into the universe and see what happens,” she recalled thinking.

An image of Schamberger’s “Once Upon a Childhood” – an oil painting of a model ship sitting on waves of tissue paper with the glow of lightning bugs in the distance – will be included in the Polaris collection of the Lunar Codex time capsule and sent become to the moon in autumn. It will be laser etched onto nickel microfiche and/or digitized onto terabyte memory cards, according to the Art Renewal Centre.

The Lunar Codex is a set of three time capsules that includes, in addition to visual arts, stories, poetry, music and film – works by 7,000 creatives. The collection will be sent to the lunar south pole and its launch and landing will be broadcast live.

Schamberger’s painting was created in memory of William Rager, her supportive, though mysterious, uncle who died in 2020 after battling kidney disease. She remembered the model ships he made and displayed in his farmhouse in Indiana – then created art from his art.

“I wanted it to be about that memory of him and childhood,” she said.

Artists have been shooting for the moon since the late 1960s. Forrest Myers, a sculptor living in New York City, told the New York Times in 1969 that he sent together etchings of his own work and that of five friends—including Andy Warhol and Robert Rauschenberg—on a ceramic wafer that slyly was attached by an anonymous engineer to the leg of Lunar Module Intrepid during the Apollo 12 mission.

Back on Earth, Schamberger’s painting will also be the muse for a designer during Fashion Week San Diego. The clothes will be modeled in a fashion show at Sotheby’s in New York City in July — marking the end of an exhibit of winning artwork that will be on view at the auction house July 14-22.