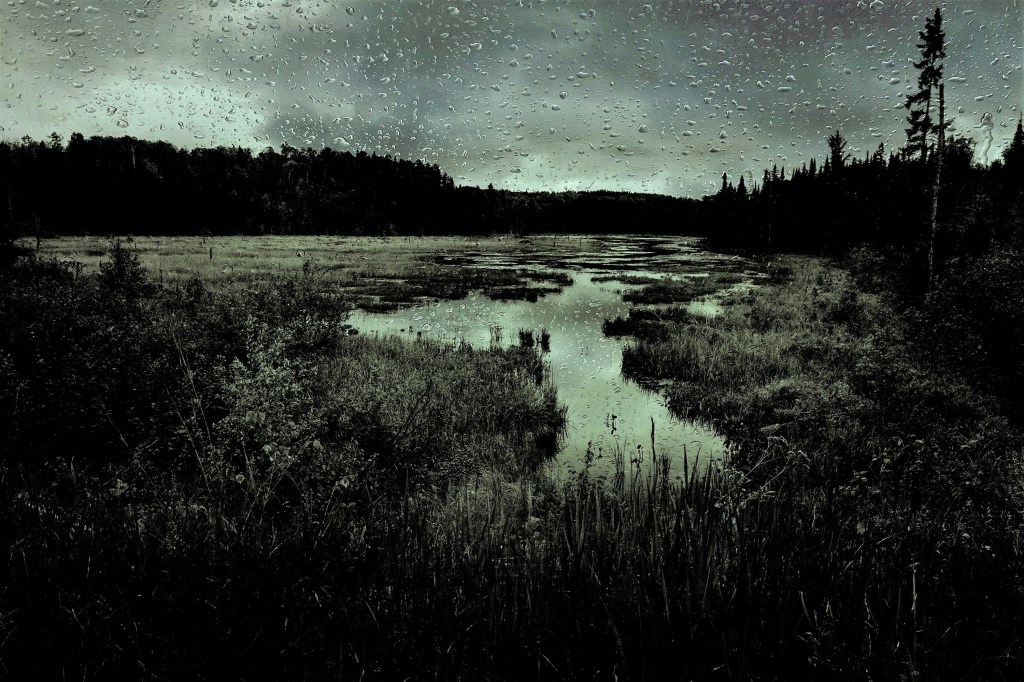 As a photographer, Cynthia Dickinson knows well how sunlight can work magic at certain times of the day, the golden hours at sunrise and sunset.

But Dickinson, of Edina, also found magic in darkness, or at least very low light.

Dickinson’s rainy evening photograph of a stream near Ely, taken after sunset but before dark, won first place in the landscape category in the 19th annual Julia Margaret Cameron Awards, announced at the end of November.

The prestigious awards for women photographers usually attract around 3,000 entries from over 700 photographers worldwide. (Julia Margaret Cameron was a British photographer who is now considered one of the most important portraitists of the 19th century.)

Just as exciting as winning, for Dickinson, was knowing who the judge was who chose her photo as best: three-time Pulitzer Prize winner Barbara Davidson, Los Angeles Times photographer and Guggenheim Fellow.

“I am in awe of Barbara Davidson’s work,” Dickinson said. “It’s such a thrill to be judged by her.”

Dickinson’s photograph of a common scene in northern Minnesota is remarkable not for the landscape itself, but for how the photograph captures the mood of Mother Nature at that moment of that day.

Dickinson said she stayed in the Ely area and shot around the edges of the Boundary Waters Canoe Area Wilderness. She was on her way back from the Isabella area and was almost back in Ely when she crossed the winding stream. It was a typical Northeastern Minnesota landscape, with the stream running through a spruce swamp with cattails.

But it was the lighting, or lack thereof, that moved Dickinson to stop. Then she made a decision that may have sealed her prize. She did not open the window in her Jeep.

“I had the camera on the seat next to me, so I’m always ready. And there was something about the raindrops and the lighting, and I decided to shoot it that way,” Dickinson said.

The photo was taken in 2016, Dickinson noted, and had been sitting in her vast library of unedited images for several years. A career chef who found herself not working much during the pandemic, she then had plenty of time to delve into that library.

Dickinson said she didn’t use as much editing on the image as she does with many of her photos. The photo mostly spoke for itself.

“I wanted to shoot it like that, and I just trusted that it would work out,” she said. “I have to trust my eye as a photographer.”

She described the experience in a caption she sent along with the image.

“How many times have you driven this road? How many times in all these years have you passed by this swamp and never once paid attention to that slow meander of water through it? Never once seen the landscape as intensely as on this day in the fading light as it blackens the woods while rain polishes the windows of your truck? For the first time you pull over and watch the sky light up clouds in some strange green and the occasional bolt of electricity. The anxiety is suddenly beautiful, delicate and graceful.”

Dickinson, 68, grew up in Aurora, Minn., and spent a lot of time outdoors with her father, a forester. She also spent summers on Caribou Lake just off the North Shore. She received her first camera, a Brownie, as a child and had an uncle who was a photographer and who encouraged her and helped her choose her first serious camera.

“My grandparents owned a mile of lake shore just north of Lutsen where I spent a lot of time,” she said. “Needless to say, I was very influenced by the wilderness areas of northern Minnesota.”

She credits her grandmother with instilling a passion for nature.

“I spent my summers with her at the cabin where she taught me the same things that my father taught, that the forester taught me – names and characteristics and reasons for trees; how to catch a walleye, clean it and cook it; how to pick berries and make fresh muffins for breakfast; how to sleep without fear in the silence of a remote forest,” Dickinson said. “Without those early lessons, I wouldn’t be creating the work I’m creating.”

You can see more of Dickinson’s images at cynthiadickinson.com.

How do I decorate my houseplants for Christmas? For a fun and festive display |