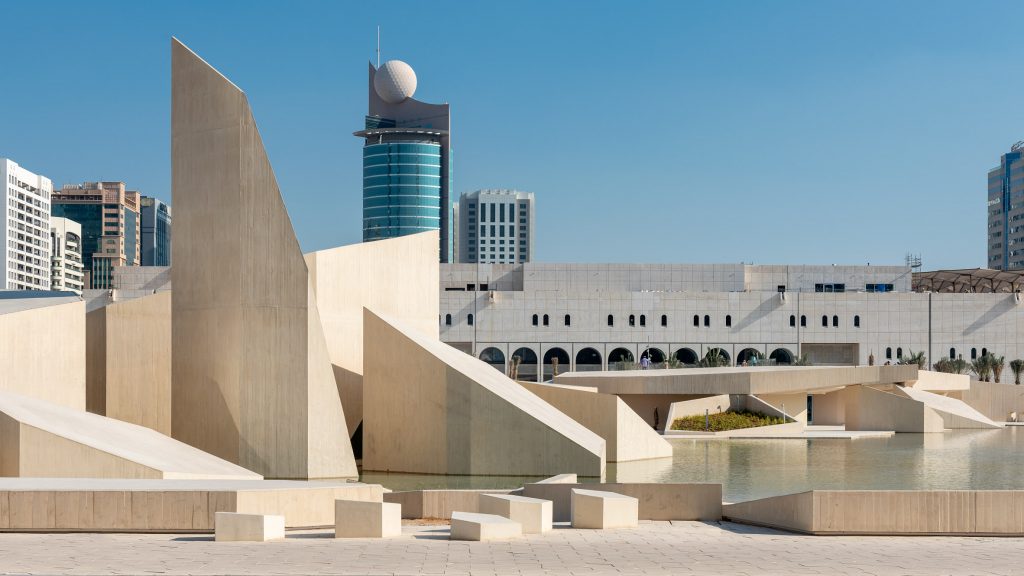 Following the creation of a hut in France disguised as a large rock, we round out eight buildings with rock-like shapes, including prayer halls, museums, theaters and homes.

Danish architecture studio CEBRA has created a cavernous prayer center within a landscape of sinuous, rocky formations in Abu Dhabi. The building rises from a small pool of water next to the Qasr Al Hosn Fort – Abu Dhabi’s oldest stone structure.

Chilean architect Smiljan Radić created a pebble-like form for the Serpentine Gallery Pavilion in 2014 from a paper-thin layer of white fiberglass. He raised the spherical pavilion off the ground on a series of rough quarry stones.

“I feel as if a giant made this model as a gift for London,” Radić said at the time.

The Chapel of Sound, China, by Open Architecture

Chinese studio Open Architecture designed this open-air concert hall for a site in a valley near the ruins of the Great Wall of China. The rocky structure is formed from a series of concrete layers designed to mimic surrounding cliff faces.

“We were very aware of the responsibility we had to contribute a thoughtful structure that naturally fits into such a unique landscape,” said Open Architecture.

“The symphony of nature is what we really wanted people to experience here.”

Read more about The Chapel of Sound ›

This theater and cultural center on Lake Maggiore, Italy, was designed by Bargone Architetti Associati to reassemble the pebbles on the nearby rocky coastline.

Its four rock-shaped volumes, clad in light gray zinc, contain two auditoriums as well as practice spaces, a restaurant and a cafe.

Architecture studio Bureau covered this small wooden cabin in France with concrete to look like a rock – only broken by a porthole window.

The project is named after Thérèse, a character in the novel Derborence who was married to a shepherd who was trapped under rocks after a landslide.

The partner of Buro’s Thérèse hut, this rocky shelter in Switzerland is named after the shepherd in the Derborence novel.

Swiss studio Bureau encased the entire wooden cabin in a concrete shell so that it was disguised as a large rock.

Although it doesn’t immediately take on the typical rounded shape of many of the rocky buildings on this list, the National Museum of Qatar in Doha is informed by the shape of the desert rose – a mineral formation created when minerals crystallize.

“The desert rose is a symbol of the desert because it is an architecture created by time and the desert itself,” said its architect Jean Nouvel.

“Nobody knows what the inside of a desert rose looks like, and we’ve created a typology of hybrids that make you question what’s inside.”

Aptly named Rock House, this home in Kuwait was designed by local studio AGi Architects with a predominantly solid exterior wall to protect the resident’s privacy.

The facades of the house, described by the studio as “origami-like”, are completely clad in stone.

5 Creative Ways To Use Metal In Interior Decor