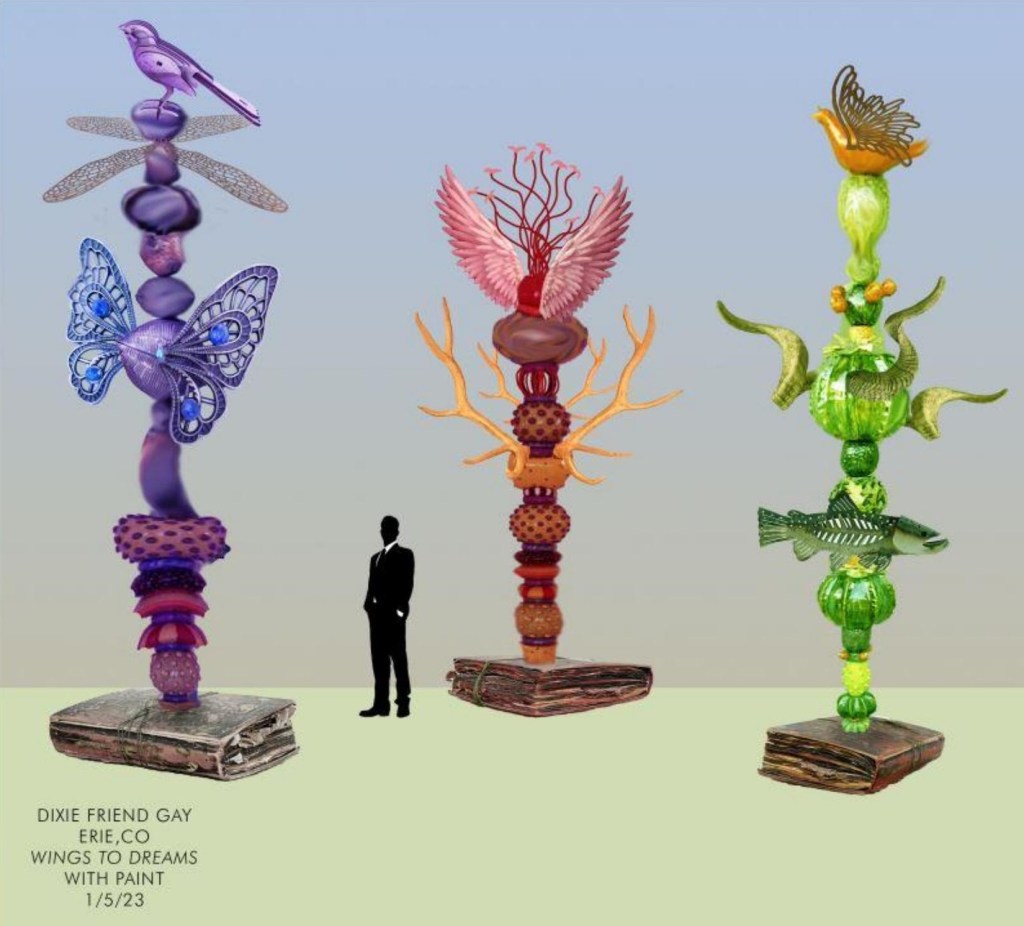 The Erie Board of Trustees welcomed a new live art installation as part of a public art program.

The board voted 5-0 to approve the installation by Dixie Friend Gay. Mayor Pro-tem Sara Loflin and Trustee Ari Harrison were not present.

Parks and Recreation Director Patrick Hammer said in March 2022, council and town staff began planning a public art program and the installation of an iconic piece of art in town. Amanda Golden, a managing principal of Designing Local, said Friend was selected from more than 100 submissions. Golden said town staff and community volunteers for the program felt Friend’s art most closely aligned with the vision and values ​​outlined for the installation.

Golden said that the installation needed to capture the essence of Erie, which includes local nature, the Front Range mountain view, a slow and steady lifestyle and an open heart; and includes Erie history. Golden also said that the art should be welcoming to all community members, be a natural extension of local nature, be vibrant and create opportunities for residents to connect.

The art installation consists of three abstract totem-like statues, made of organic forms and including natural elements.

“These items in the poles are symbols,” Golden said. “One thing that Dixie is interested in is going out into the community and incorporating symbols that are important to the community.”

The council also looked at new paving, curbs and plantings along the town center as part of a project to beautify the town centre. Economic Development Manager Lucas Workman presented the downtown infrastructure project update Tuesday. He said the project will support the growth and vibrancy of downtown Erie.

Some of the streetscape improvements include special finish concrete, upgrades to lights and pedestrian lights at intersections. Matt Wessel, of RockSol Consulting Group, which will complete the project, said that the results of community engagement from July 2021 show that tree planting is a priority for residents. The project will include trees and other plant spaces along Briggs Street.

Trustee Brandon Bell confirmed with Wessel that there will be traffic calming features along Briggs Street for both pedestrians and increased traffic near the post office on Wells Street. Mayor Justin Brooks said while the project update is only a discussion, he wants to make sure town staff communicates with downtown businesses since the construction will significantly affect them. Project construction is expected to begin in the winter.

The changing face of downtown Olympia