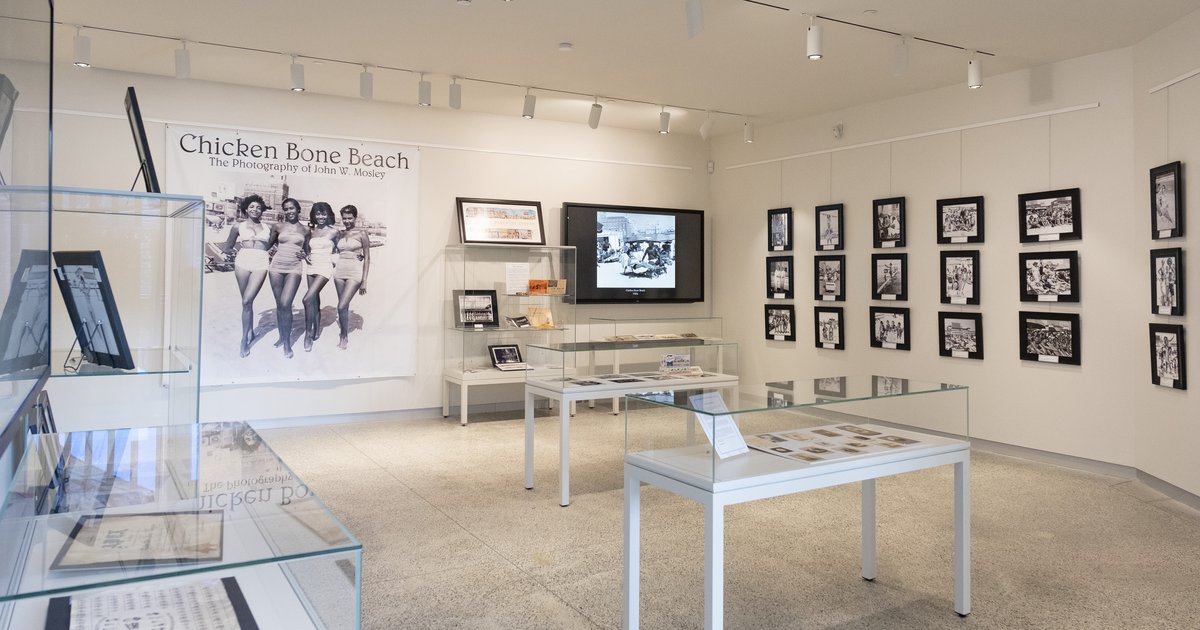 “Chicken Bone Beach: The Photography of John W. Mosley and the African-American Experience in Atlantic City” is available to view in the school’s Charles Library at 1900 N. 13th St. until August 30.

Mosley, who died in 1969, was an African-American photographer whose work appeared in newspapers across the eastern United States. He photographed numerous famous subjects, including Martin Luther King Jr., WEB Du Bois and Langston Hughes.

In the beginning of the 20th century, segregation practices delegated African-Americans vacationing in Atlantic City to the beach at Missouri Avenue, known as Chicken Bone Beach. The beach became a Black cultural center and community place during the summer, where prominent figures such as Martin Luther King Jr., Joe Louis and Sammy Davis Jr. would spend their vacations during the Civil Rights era.

“It was about creating a space in a society where they were systematically excluded from having a voice, but instead of labour, they embraced freedom, leisure and rest,” curator Lesley Willis-Lowry of the exhibit, said in a release.

The passage of the Civil Rights Act in 1964 ended segregation, and in 1997 Chicken Bone Beach was declared a historic landmark by the Atlantic City Council.

Temple’s Charles L. Blockson African American Collection acquired the exclusive photographs in the late 1980s. Willis-Lowry, an archivist for the Blockson Collection, curated the exhibit in collaboration with the Heston Collection at the Atlantic City Free Public Library and the private collection of Atlantic City historian Vicki Gold Levi.

Along with Mosley’s work, the exhibit features rare original portraits of photography studios on the Atlantic City Boardwalk. Artifacts from Levi’s private collection, as well as memorabilia from famous Atlantic City figures and destinations, are also on display.

“At a time when there is a movement to erase Black history, it is important for the university to tell the story of not only the African-American struggle for human rights, but also the experience of Black joy as resistance in response to the heaviness of existing in an anti-black world,” Willis-Lowry said.