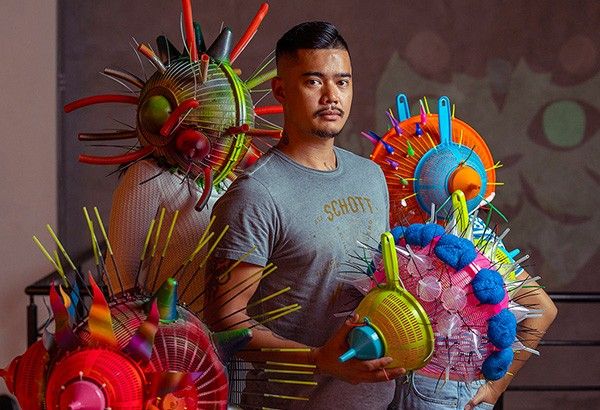 MANILA, Philippines – September and October will see many Filipino acts busy with concerts.

Leading the pack is SB19 with their sold-out kickoff concert of the “Where You At Tour” (WYAT) in Smart Araneta Coliseum. The Juans will have two shows while K-pop girl group Bugaboo will perform in the Philippines for the first time.

SB19 on the first world tour

SB19 sold out its September 17 concert within 24 hours of its announcement. They also recently released their latest single, “Where You At,” which now has over 1 million views.

After their Araneta concert, “WYAT” will go to Cebu (October 1), Clark (October 8) and Davao (October 15). They haven’t announced the venue yet and have ticked off for their Dubai, New York, Los Angeles and Singapore stops.

On the same day on September 17, Filipino and global acts will headline the hybrid performance of Globe GDay’s G Music Fest.

Homegrown talents The Juans, Kaia, Matthaios, Unique, I Belong to the Zoo, JOEM, Lola Amour, Arthur MIguel and Paul Pablo are among those who will entertain the festival-goers. International acts include Thai indie-pop, neo-soul singer-songwriter Phum Viphurit and K-pop act BugABoo, performing live in the Philippines for the first time.

This year’s G Music Fest will be a hybrid event, with the live experience hosted at the Globe Circuit Event Grounds, Ayala Malls Circuit, Makati, and also streamed online through Globe VH Metaverse.

After their visit to the G Music Fest, The Juans will perform their debut concert called “The Juans Live in Araneta” at the Smart Araneta Coliseum on October 23.

More than a music festival

Besides being an anticipated music festival, Globe’s G Day will also highlight installation art and non-fungible tokens (NFTs) on September 17.

Another artist who will be sharing his talent is TRNZ, who is venturing into the world of NFTs. His previous work has been exhibited in Hong Kong, Europe, South Korea, Jakarta, Los Angeles and New York, with an upcoming exhibition in Paris.

TRNZ is the exclusive artist of Extraordinary Friends, a collection of unique avatars that each feature iconic food items. These limited edition illustrations combine quirky visual appeal with nuanced storytelling and will launch in October.

Festival goers will also have the chance to own their first NFT through Globe’s partnership with MetaverseGo!. The two brands have joined forces to create Gudi, a unique NFT in celebration of 917 #ExtraGDay and can be redeemed using Globe Rewards points. They will also have a chance to enjoy Gaming (GGWP), Korean (Kmmunity Ph) and Anime (Sugoi Society) activities and merchandise collections using their Globe Rewards Points.