From Vermeer to Joni Mitchell: hot tickets for 2023 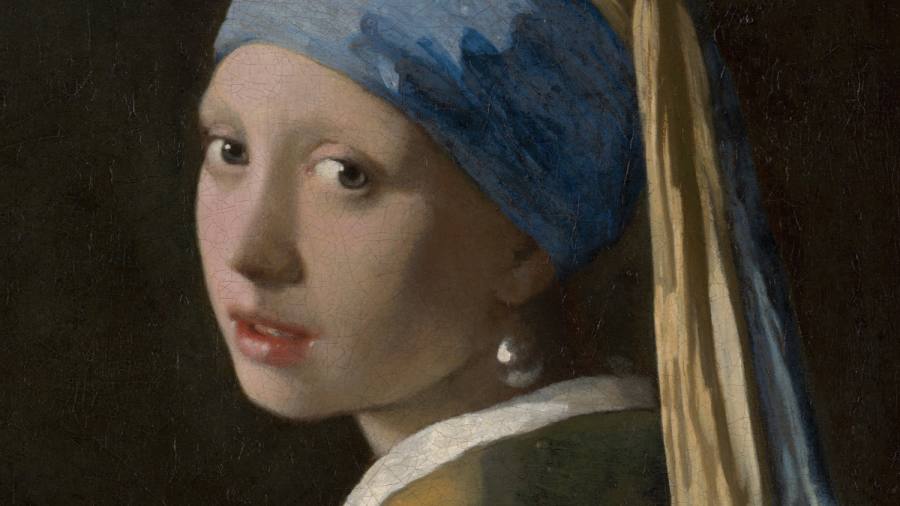 2022 is an end, and not many of us will regret it. However, through political and financial storms around the world, the arts continued to emerge from the onslaught of the pandemic years. If last year was a time of reinstating the finer bits of normalcy – music festivals, for example – 2023 looks like a moment when the effects of prolonged closures are definitely in the rearview mirror.

The visual arts look especially strong. There is already a lot of buzz around the Rijksmuseum’s Vermeer exhibition, which opens in Amsterdam in February. For once, all those worn old terms – “once in a lifetime”, “greatest ever”, “unique”, etc. – really applicable, as the Dutch museum says it will “most of” the 35 famous paintings by the 17th-century master from around the world. An astonishing feat of international cooperation and organization, this should be an equally astonishing exhibition.

In London too, February is set to be a gala month, with the cream of the crop as the V&A presents the magnificent display of the works of Donatello – possibly the first ever in the British capital – which will be held from Florence’s Bargello and Palazzo Strozzi via Berlin’s Gemäldegalerie. For a stark contrast, the beautifully restored Courtauld Gallery (its reopening was one of 2021’s highlights) will host an important show of new and recent work by Peter Doig, a darling of the contemporary scene whose paintings are only gaining interest by the fact that he works very slowly and produces perhaps half a dozen a year. And at the same time, the Barbican – whose recent record of showing contemporary and modern greats such as Basquiat, Lee Krasner and Dubuffet has placed it firmly among the capital’s A-list art venues – is opening the biggest ever UK show of American artist Alice Neel , who died in 1984.

Also promised for February is a major opening in India. Bengaluru’s MAP (Museum of Art and Photography) is a privately owned museum that has amassed a large collection of Indian art, textiles, photography, crafts and design objects. With works dating back to the 12th century and extending to the present day, it juggles tradition and technology in a way only India can, in a brand new building by Bengaluru-based architect Soumitro Ghosh: it will mark an important first be for south. In the.

Further in the spring, selections from various genres include Tate Britain’s first wide-ranging show of Isaac Julien’s film and installation work in April; the British Museum’s flagship exhibition for May, Luxury and Power: Persia to Greece, who argues that in 550-30 BC luxury became a skillfully deployed political tool in the Middle East and the developed world at the time; and in New York, the Metropolitan Museum’s exhibition of some 50 of the vibrant paintings, drawings and prints by Cecily Brown (b1969).

A highlight for early April is at the Fondation Louis Vuitton in Paris, where the exceptional artistic collaboration between Andy Warhol and the much younger Jean-Michel Basquiat is celebrated in Basquiat X Warhol: Quatre Mains. In 1984 and 1985 they created around 160 paintings together, working simultaneously on enormous canvases in a way that is surely unprecedented in art history. For a vivid account of the relationship between the pair, including footage of the two artists at work and details of their complex and passionate bond that only ended with Basquiat’s tragic early death, Netflix’s docu-series The Andy Warhol Diaries gives fascinating insights.

If all this seems too long to wait, there is still plenty to lighten the gloomy days of January. In New York, the Neue Galerie’s 20th anniversary celebrations continue this month with the stunning collection of its co-founder Ronald S Lauder. Some 500 works from across the ages, in multiple genres, displayed in the palatial Fifth Avenue setting and, what’s more, some of them in recreations of Lauder’s own rooms, take us into the world of top-level, big-money private collecting by a connoisseur in a style that harkens back to the past.

And a personal favorite: Friends and Relationships, at Gagosian in London’s Grosvenor Hill, continues until January 28. It showcases the group of British artists that included Lucian Freud, Francis Bacon, Michael Andrews and Frank Auerbach with a treasure trove of works – some famous, some borrowed from discreet private collections and rarely seen – that leave us in no doubt about the importance of these figures do not. If it seems unusual to flag a commercial gallery rather than a public institution, this show is undoubtedly museum quality, superbly designed and curated, bringing these artists and their work to life through careful research and thought. A real treat.

Moving to the performing arts, the outlook looks less confident. Live performances, from theater and dance to all forms of music, have taken a real hit during the various lockdowns, and for all but the most star-studded events, audiences have been slow to return – partly because of lingering health scares, but also because our viewing patterns and habits has been changed by isolation and closures.

Dancers may have been hit the hardest of all artists during lockdowns, due to the fierce demands to maintain physical fitness, but the dance world has sprung into action again. Once we get past the Christmas fare – Nutcrackers and Snowmen as far as the eye can see – there’s some really strong programming ahead. To pick just a few, there are New Peck at the Lincoln Center in New York, resident choreographer Justin Peck’s first full-evening work, and at Sadler’s Wells in London the great Akram Khan’s Creature. Peck uses music by Aaron Copland and collaborates with Choctaw-Cherokee painter and sculptor Jeffrey Gibson: the celebration of American culture in all its best forms. Khan, meanwhile, is watching Frankenstein and the German classics Woyzeck to imagine a futuristic unearthly tale of experimentation on a creature being exploited in search of frontiers to conquer.

In the United Kingdom, frantic cuts in public funding have left question marks over the future of several beloved venues: Donmar Warehouse, Hampstead Theatre, the much-hyped English National Opera and others. However, their programs for the immediate future are in place, and the best thing to do is to go along and enjoy what they have to offer. At ENO, the first three months of the year alone bring three great classics: Carmen, The Rhinegold and Philip Glass’s Akhnaten; in April comes the UK debut of Bluethe moving contemporary story of a family breakup by Tony Award-winning composer Jeanine Tesori, with soprano Nadine Benjamin and bass-baritone Michael Sumuel.

At the Donmar brings February Trouble in Butetown by Diana Nneka Atuona, a wartime story of an African-American GI who goes Awol out of his barracks to take his chances in a world without segregation. Hampstead Theatre, which has issued a statement about its determination to stay afloat as a production house supporting adventurous new work despite a 100 per cent funding cut, is currently showing Stephen Karam’s Sons of the Prophet.

Elsewhere, it’s not all bleak on the British scene either: there are winners as well as losers in this funding shake-up. Chineke! Orchestra, the UK’s only professional group of black and ethnically diverse classical musicians and just seven years old, has radically increased its funding status: its players will show their chops at the Queen Elizabeth Hall in early March with a program that re-evaluates the recent black British composer Samuel Coleridge-Taylor (d1912) and the wonderful but until recently neglected American talent Florence Price (d1953). Add to that the 36-year-old American composer Carlos Simon, and Elena Urioste on violin.

In other music, Elton John has announced his farewell tour in Europe, after bidding farewell to the US at Los Angeles’ Dodger Stadium in November. This side of the Atlantic it will be Glastonbury in June in the UK, with the last of the last in Stockholm in July.

But of course we’ve learned to take farewell tours with a pinch of salt: never say never. And on that subject, perhaps the most surprising announcement for 2023’s rock and pop scene is a full solo show from Joni Mitchell, the first in 20 years, after a long battle to recover from a brain aneurysm. Mitchell did a surprise set at the Newport Folk Festival last year: now she’s planning gigs in the small town of George, WA (pop: 833), in June.

It will surely be the hottest ticket of the year.

Farmhouse Style 101: Everything You Need to Know