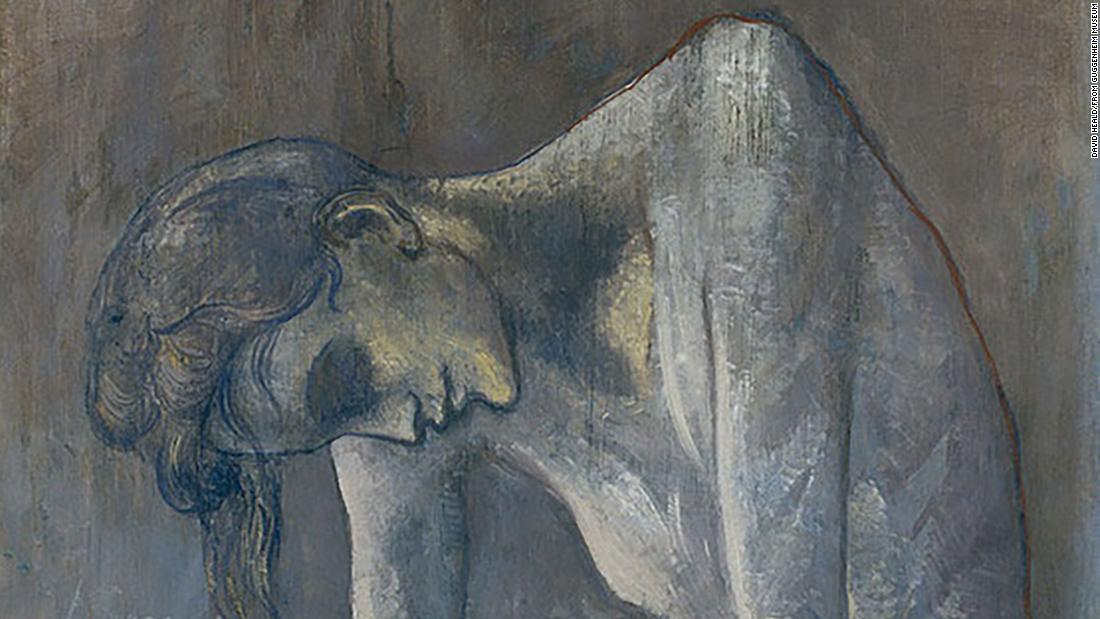 One of Pablo Picasso’s Blue Period paintings is at the center of a lawsuit between a Jewish family and New York’s Guggenheim Museum.

The heirs of Karl Adler and Rosi Jacobi want the repatriation of the artist’s 1904 masterpiece “Woman Ironing (La repasseuse),” which they say the couple sold under duress when they tried to escape persecution by the Nazis in their native Germany to escape in 1938.

The lawsuit, filed Friday in Manhattan Supreme Court, says Adler acquired the artwork in 1916 from Munich gallery owner Heinrich Thannhauser, but sold it to Thannhauser’s son, Justin, in 1938 for about $1,552, well below its value. The suit alleges that a desperate Adler took the significant loss due to his family’s circumstances.

“Adler would not have disposed of the painting at the time and price he did but for the Nazi persecution to which he and his family have been subjected, and will continue to be,” the complaint states.

In the lawsuit, the family members say Adler was chairman of the board of directors for Europe’s leading leather manufacturer, but things changed when the “Nazi regime in Germany shattered their lives.”

In 1938, the family fled Germany and traveled through the Netherlands, France and Switzerland before settling permanently in Argentina, the suit says.

The Guggenheim Museum said it believes the suit is “without merit.” Credit: Brendan McDermid/Reuters

“The Adlers needed large amounts of cash just to obtain short-term visas during their exile in Europe. Unable to work, on the run, and not knowing what the future held for them, the Adlers had to liquidate quickly what they could. collect as much cash as possible,” the lawsuit states.

The heirs claim that Thannhauser “profited” from the misfortune of German Jews. They also claim that “Thannhauser was well aware of the plight of Adler and his family, and that Adler, absent Nazi persecution, would never have sold the painting when he did so at such a price,” according to the lawsuit.

“Woman Ironing” remained in Thannhauser’s art collection until his death in 1976. It was donated to the Guggenheim in 1978, along with the rest of his artwork.

Adler’s descendants, along with a number of non-profit and Jewish organizations named as plaintiffs in the class action, say in the complaint that the painting is “in the wrongful possession” of the Solomon R. Guggenheim Foundation.

The family is seeking the painting’s return or compensation commensurate with its current market value, which the suit estimates is between $100 million and $200 million.

The Guggenheim Museum told CNN in a statement that it “takes provenance matters and restitution claims extremely seriously” but believes this case is “without merit.”

“Karl Adler’s sale of the painting to Justin Thannhauser was a fair transaction between parties with a long-standing and ongoing relationship,” the museum said.

It added: “The extensive research conducted by the Guggenheim since first being contacted by an attorney representing these plaintiffs shows that the Guggenheim is the rightful owner of the painting.”