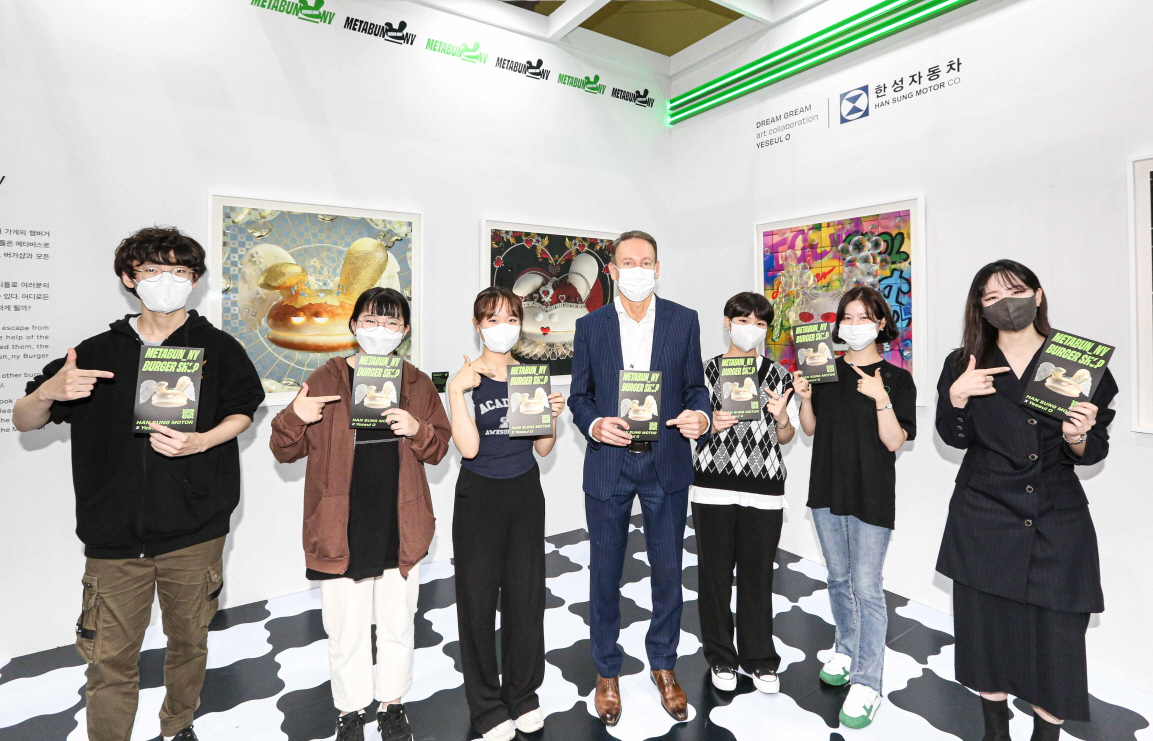 Kiaf Seoul, the country’s largest art fair which kicked off on Friday, attracted the most attention this year for bringing Seoul’s version of the top 3 global art fair Frieze to Asia for the first time, as well as the birth of the new art fair Kiaf Plus – a special art show dedicated to digital art and aspiring young artists.

Participating students in Han Sung Motor’s Dream Gream art fair worked with O to create NFT artworks inspired by “Metabunny,” bunny-like burger buns that escaped to the metaverse world. Ten students created ten different works of art based on augmented reality, which can be viewed by scanning the QR code next to the image.

“Han Sung Motor will continuously support students to give them creative experience so they can challenge the new missions,” said Ausprung.

Lee Song-hyun, 17, who worked with O, said he became interested in digital art through the latest project by Han Sung Motor.

“This was personally my first time working on digital art, and although it was a relatively new concept, I became interested in 3D art and based on this experience, I want to become a versatile artist,” said Lee .

Han Sung Motor, which was an official partner of Kiaf Seoul from 2017 to 2019, has made efforts to expand the art fair experience for the public by collaborating with artists through its art fair program Dream Gream.

Dream Gream began in 2012 to support the artistic talents of selected middle and high school students by matching them with mentors such as college students majoring in art. This year marked the 10th anniversary of the program.

For this year’s Kiaf Plus sponsorship, Han Sung Motor also sponsored escort cars for guests. Han Sung Motor said a portion of the proceeds earned from the sales of digital artwork by Yeseul O and students will be donated to charitable causes.