Did the impact of mass production on architecture lead to poor design?

Digital space and manufacturing technology are more prominent and more accessible than ever in the current state of post-pandemic society, enabling rapid and voluntary action of repetition and evolution. These technologies enable the mass production of non-standard, highly differentiated building components within the same facilities as standardized, with the conception, design, representation, manufacturing and assembly of the building and its respective components. The method has changed. , And production.

The beauty of digital fabrication is that you can blend the production aspects of mass production and craftsmanship until the cost is almost zero. The ability of technology to manufacture very simply and almost seamlessly raises the question that it can significantly change the perception of current architectures and raises the following questions: Did the impact of mass production on architecture bring about design poverty? 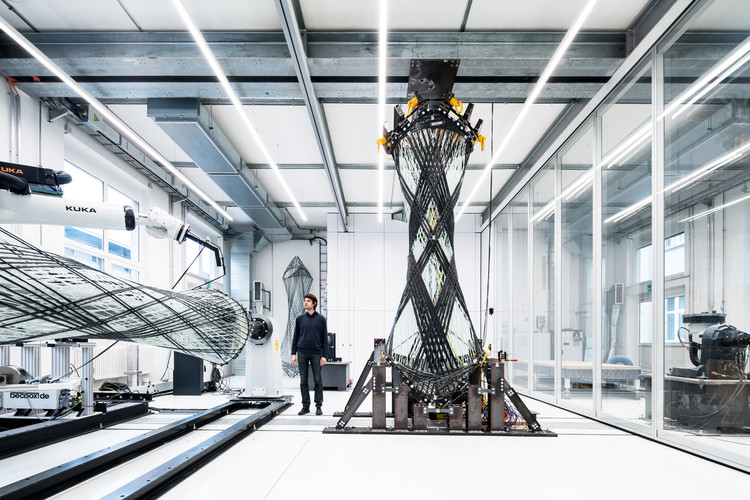 Overview of digital fabrication in architecture

The Villa Stein of Le Corbusier (1927) is one of the most iconic works of Le Corbusier’s career. The Villastein is a building vessel used to represent the maturity and achievement of formal, architectural and conceptual elements that were experimented in the decade before the building was built.

The structure and interior of the building has many similarities to the mass-produced cars of the new modernists, and their use and popularity increased throughout the 1900s. The building had no decorative details and all surfaces were simply flat, smooth and undecorated. Just as the car was persistently monochrome, so was the color palette used in the design of the building. This is the most striking change from the car that Le Corbusier prefers a lighter choice. White was the palette preferred by many modernists because it symbolized the pure purity they were trying to convey.

Villa Stein looks like it’s mass-produced, but it has the characteristics of mass-produced aesthetics, but its appearance is deceived. The building was simply painted to look like the original monolithic material.

The Villa Savoye of Le Corbusier is one of the most important contributions to modern architecture in the 20th century. The building is a modern twist on a French country house aimed at celebrating and reacting to the era of new machinery and shifting to industrial progress. Because the building is separated from the physical context, it was contextually integrated during the mechanic era of the early 1900s and designed to conceptually define the house as a mechanized entity. Le Corbusier was increasingly intrigued by the technology and design of steamships, and the result of this minimalist rationalization, born from the culmination of innovative engineering technology and modular design, was the product of interest.

Villa Savoye is a house designed on an architectural promenade and is best experienced by the abundance of ways residents can move through space. It is not necessary to be familiar with the subtle features that the movement and proportion of space evoke a monumental sensation in the suburbs of Paris.

Le Corbusier famously states that “a house is a machine for living.” This not only leads to the design of human-scale assembly lines, but also suggests that the design is required to carry on the innovative qualities and advances found in other industrial sectors.

The true depiction of the dwelling, envisioned to be created by the mass production of Le Corbusier, is a standardized two-story open plan consisting of concrete slabs supported by pillars and stairs from 1914 to 1915. Realized by the design of Maison Dom-ino, the home of the house. .. The building had no walls or rooms, but simply a skeleton.

The system will be a prototype as a physical platform for mass-produced homes aimed at redefining domestic architecture by adopting versatile and affordable new technologies in reinforced concrete that help modernism. It was aimed at that. The units are mass-produced and arranged like a series of dominoes on a table, forming rows of houses in different patterns. Jeanneret described the design as “a system of structures that can be arranged according to an infinite number of combinations of plans.”

SpaceCaviar’s 99 Dom-ino sees the 100th anniversary of Le Corbusier’s design as an opportunity to explore the relationship between Italian homeliness and the landscape of the last century. 99 Dom-ino was unveiled at the Arsenale Cordery as part of Monditalia during the Fundamentals of the 14th International Architecture Exhibition at the Raviennale in Venice in June 2014. Designer Alicia Ongay Perez was asked to create a series of concrete modulus inspired by Maison Domino and accompanied the film.

This design was born as a solution for building affordable standardized homes to meet the needs of the time, but the Domino system is claimed to offer the exact opposite. The concept that these systems are designed to adapt to the flexibility and quality of change in the deployment of homes is that the architect’s vision for individual designs still exists in the process and the building becomes a conveyor belt product. It means that the threat will not completely overshadow it.

Over the years, technological advances have progressed that are equally available to designers and people working in the construction industry. Since then, technology has changed, changed, and evolved exponentially in different ways, consistently replacing outdated mechanical methods. With this change, the number of identical copies decreased, and mass production moved from mechanical replication to algorithmic replication.

The growing trend of technology automation to increase productivity and produce more efficient results has further perpetuated the current need to develop reliance on digital manufacturing tools within architectural design. Mass production of architecture is the same as in the early 20th century, but this time it only incorporates platform changes.

Digital fabrication in architecture as a discipline is the sum of both CAD and CAM. The method uses computer-controlled machines to manufacture, assemble, and manufacture structures. Digital fabrication exists in engineering and industrial design for the development of vehicles such as automobiles, airplanes, and smaller consumer goods. 3D modeling is the core of the process, where rapid prototyping processes are used to create various scale models that transform digital information into physically and tangible objects that can provide highly detailed and accurate design descriptions. Will be done.

Especially over the last 15 years, this process has promoted greater liquidity between design generation, development, and manufacturing stages than we have seen in previous approaches. The traditional approach did not have the opportunity to use shortcuts during the design process and tended towards an essentially more cumulative, step-by-step process.

Because digital fabrication has the potential to bring to the field of architectural design, the ability to instantly build structures based solely on design information and generation provides architects and designers with a fresh perspective on the field of design. increase.

Overview of digital fabrication in architecture