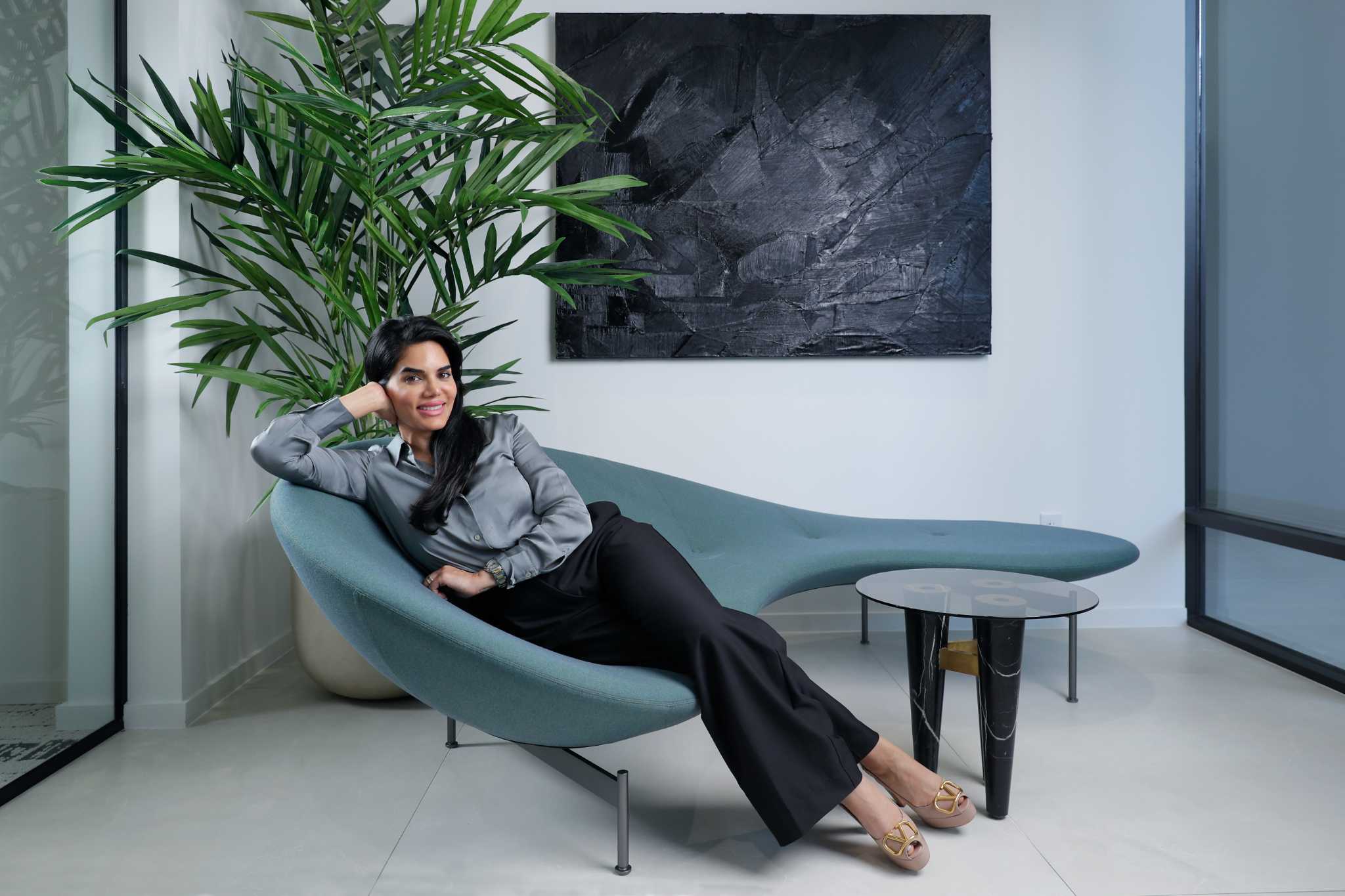 Magon opened her design firm in Houston in 2008 as Contour Interior Design and later rebranded as Nina Magon Studio. Design has taken her around the world and to a competitive home renovation show for NBC. Magon, whose parents were born in India, was named Houston’s Entrepreneur of the Year by the Asian Chamber of Commerce.

She sat down with the Houston Chronicle to talk about what the award means to her, and how her identity and experiences have influenced her work.

Q: What got you into interior design?

A: I was in fashion at first. I ended up opening a store in the Galleria, and I was more interested in the design of my store. A few years later I closed the shop, and I decided I wanted to build houses. While building the house, I fell in love with design even more. It was then that I discovered that there is something called interior design. I went to the Art Institute of Houston for interior design, and it was from there that I just fell in love with interior design and haven’t stopped since.

Q: What made you fall in love with it?

A: I like to create interesting spaces because they are art, but they are functional art because people live in them. If you think of art like a canvas, and people live inside that piece of art, that’s really what interior design is. We create this atmosphere for clients, and every atmosphere is different because the person is so different. Since we do luxury, residential, hospitality and commercial design, we do it all. We are always intrigued, it is never boring. We don’t look to the past for anything, we like forward-thinking, modern design approaches to traditional aesthetics.

Q: You’ve mentioned in the past that sometimes you’re the only Texan in the room. how does it feel

A: Texas is starting to make its mark. The thing that bothers me the most is that Houston is such a progressive city, it is the fourth largest city in America, but for some reason we are not recognized for anything – not for fashion, not for design not, not for video, not for anything creative. I think it’s important for us creatives to put ourselves on the map by involving ourselves in different activities that can help Houstonians.

Q: How has living in Houston impacted your approach to interior design?

A: Houston is a melting pot. My parents are originally from India, and I was born and raised in Canada, but being in this melting pot in Houston, I was exposed to so many different cultures, which taught me that nothing is right, nothing is wrong, it’s all preferences. This is what I put back into my business, and this is the philosophy I tell everyone who works here.

Q: Do you have any other lessons that helped shape your career?

A: There are so many lessons I learned from my parents and being of Indian descent. First of all you have to work very hard because without hard work it doesn’t matter how smart you are because someone will be smarter. The other thing my father taught me at a very young age, rightly or wrongly, that no one will ever remember number 2, they will only remember number 1. If you are a tennis player, everyone will always remember who the winner is. of Wimbledon, they will never remember who they played against.

But I don’t think there can be a no. 1 in this industry because it’s very creative, and when you’re in a creative field, there’s no right or wrong, everything is subjective, it’s not like playing tennis where you have to follow the rules. There are no rules, you do what you feel is right. And that’s one of the things I love about our industry.

Q: How did it feel to be selected as the Asian Chamber of Commerce Entrepreneur of the Year?

A: It’s interesting because when you’re so busy working, you don’t notice how you affect other people or if they even notice you. It was such a nice surprise to hear from the Asian Chamber of Commerce and have them say, “You are the entrepreneur of the year for these reasons, you work very hard and we see what you do for the community and how you is an impact on the younger generation.” I’m very honored and humbled by this. There are so many women, especially women who are minorities, who are really raising the bar in many different areas. I think it’s so important to recognize that. It’s something I want my daughter to see because she learns by watching me and that’s how she learns and sees her mother working very hard.I want her to never think that she has to rely on a man for anything.

Q: Does it feel like a moment where you can say, “Now I made it?”

A: I don’t have that moment, even to this day. One thing my parents taught me is that you have to stay humble all the time. There is so much more to learn, and so much more to experience, that I don’t know if I’ll ever feel like, “I got there.” There is so much growth in this industry, from design to learning to product development. I don’t think I’ve been there yet, there’s still a lot to learn.

At last the Turner prize gets it. Artists improve with age | Martha Gill