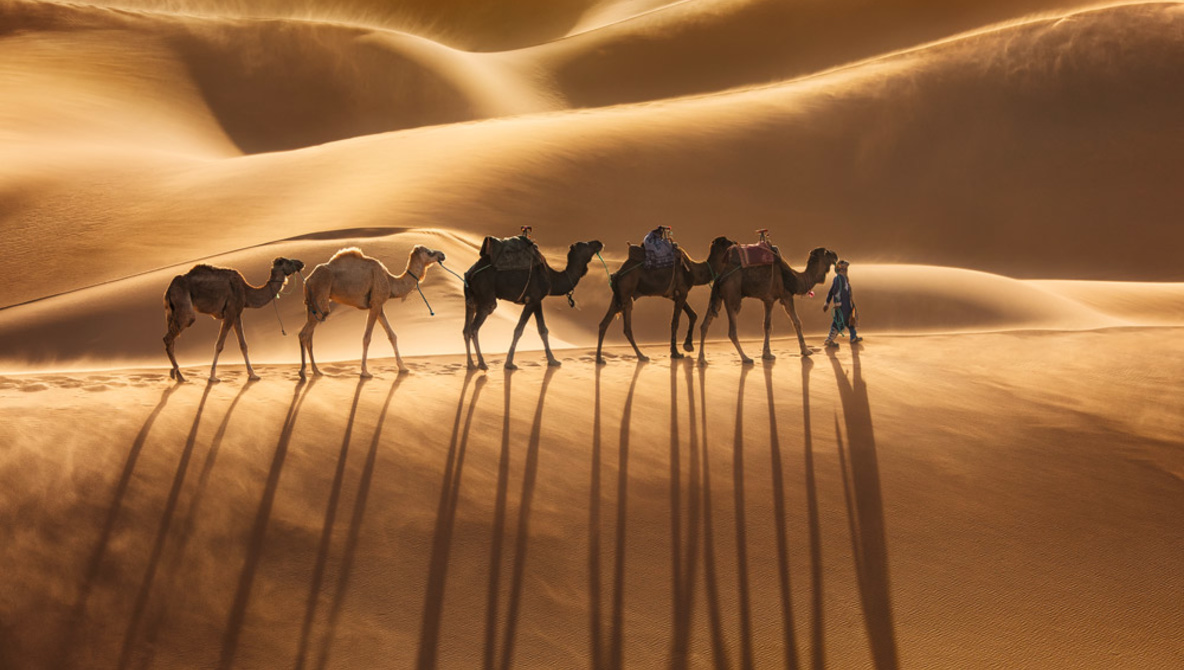 In this article I share some techniques I used to edit my most popular photo here on Fstoppers. With 4.36 points from 95 votes, it appealed to many of you. But apart from the big subject with Mohamed and his dromedaries and the beautiful, golden evening light, the final image took quite a bit of work to achieve this pristine look.

When I take photos in the desert, I try to find areas free of footprints. But even in remote places like the Erg Chigaga in Morocco, it’s not an easy endeavor. I would have to walk very deep into the desert, far from the camps, to find a clean patch of sand. And then, there is the weather in the desert. Often I encounter a clear sky, which I then try to exclude from my photos. But depending on the subject, this is not always possible.

With some handy photo editing techniques I can solve both problems. 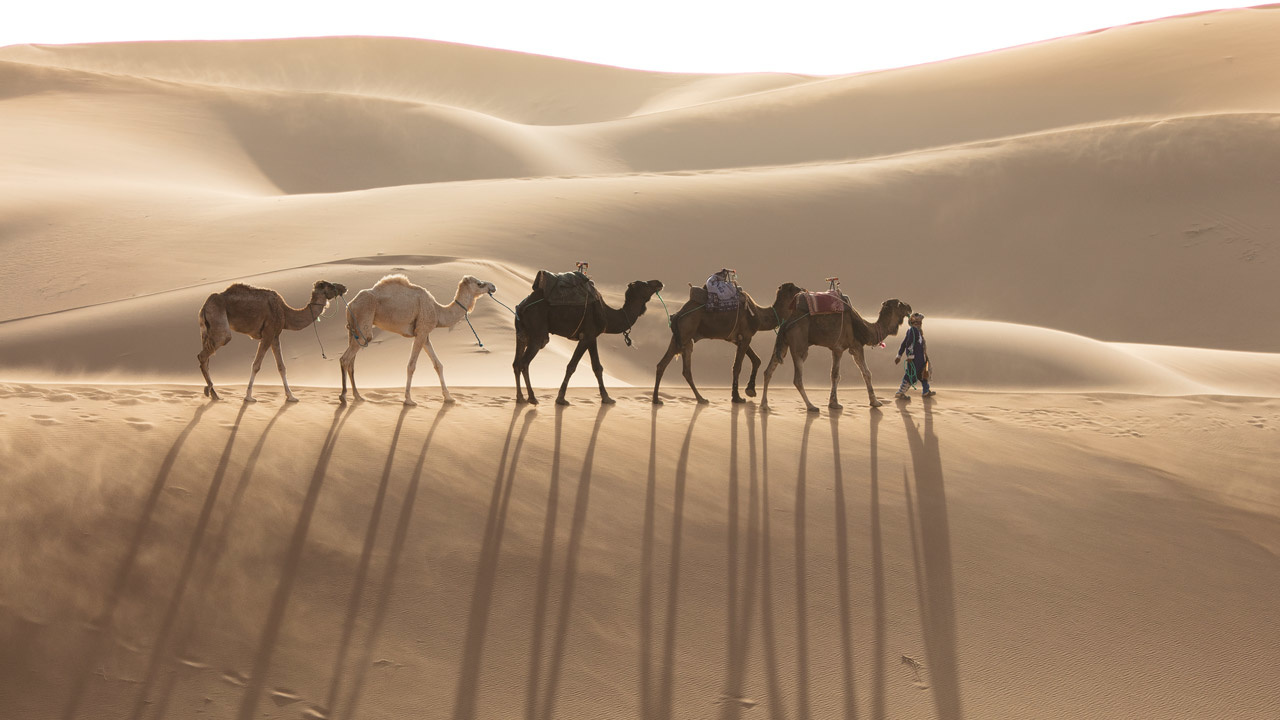 Let’s go over the footprints first. With the Healing Brush Tool, you can sample a patch of sand near any area you want to clone out by holding Alt and clicking with the left mouse. After grabbing your monster like this, release the Alt key and drag over the footprints.

In the screenshot below you can see the structures in the sand. Those small ripples are typical, and they require careful attention. After sampling an area, try to line up the wrinkles as you draw over the footprints to create a convincing result. Also, choose from different areas to create a random pattern so a viewer won’t notice the retouching.

Although the Healing Brush is more advanced than the Clone Stamp Tool in creating seamless shades and colors, it has its limitations. After the cloning, a remnant of the old toes may be visible. Notice how the structures in the sand look fine in the next screenshot; the healing brush did a good job for them. But the sand looks very patchy. The goal is to clean up the remaining spots while preserving the wrinkles. You can think of the ripples as elements of high frequency while the spots have a lower frequency. Using a technique called frequency separation, you can divide them into different layers:

After performing these steps, the photo should look exactly like before. The beauty of this technique is that you can now perform cleanup and cloning on the low and high layers separately.

To remove the spots from the sand, create another copy of the layer layer and fade it until the spots are no longer visible. With a black mask you can hide the effect and selectively paint it in with a soft, white brush.

For more direction, follow along as I clean up my desert photo in the feature video.

The before and after comparison at the beginning of this article shows a white sky in the original image. It draws the viewers attention away from the main topic. Because I couldn’t get rid of the sky by changing the aspect ratio to 16:9 or 2:1, I used selective image transformations.

Why selective? Stretching the entire photo to exclude the sky will noticeably distort the caravan. Limiting the transformations to areas that do not contain reference elements makes the result much more realistic. I can get away with stronger transformations. In the screenshot below you can see how I selected only the upper part of the picture above the caravan. I stretched it to remove a large amount of the white sky.

If you plan to do such transformations in your own photos, don’t stretch the pixels too much. You’ll lose sharpness and introduce artifacts if you go too far. Selective image transformations work best for the sky and for areas of your photo that don’t contain too much detail and are free of elements where the distortion can be noticed.

In the next video I show more ways to use selective image transformations. Let’s say you took a photo in which the horizon is right in the middle. For some images this may work. For others, you might wish it was positioned a little higher in the frame. You can stretch the landscape and compress the sky to achieve it. Another use case is to center an element. In the video I show how to do this with an example from New Zealand.

Perspective corrections are typically used to remove distortions from an image. Especially for architectural photos that feature keystone, this is important. But they can also be used creatively, which again works best for images that don’t contain reference elements that would give away the edit.

Take my desert photo as an example. In the original photo, the ridge Mohamed is walking on is horizontal. In the last image he is walking slightly upwards. The transformation of this horizontal into a diagonal made the picture much more dynamic.

To perform such adjustments, you can either work on a flattened copy of your image or create a Smart Object from all the layers in the layer stack. Then press Ctrl/Cmd + T to bring up the free transform tool. By holding down Ctrl/Cmd, you can click on the corners of the transform rectangle and move them independently. In the great video I show how I transformed my photo of the caravan like this.

The techniques I share above are not for purists. But if you don’t go too far with these edits, you’ll still be able to maintain a result that’s true to the scene you photographed. Removing footprints from a photo may be the least significant change to represent a landscape in a realistic way.

Stretching parts of an image and changing the perspective go beyond basic editing. When I make such changes, I ask myself: Would a viewer of my photo who was in this landscape notice the changes? For photos taken in a desert, this is usually not the case, and I have more wiggle room because they do not contain distinctive landmarks. You have to be more careful with mountain landscapes, because people will know if you stretch them too far.