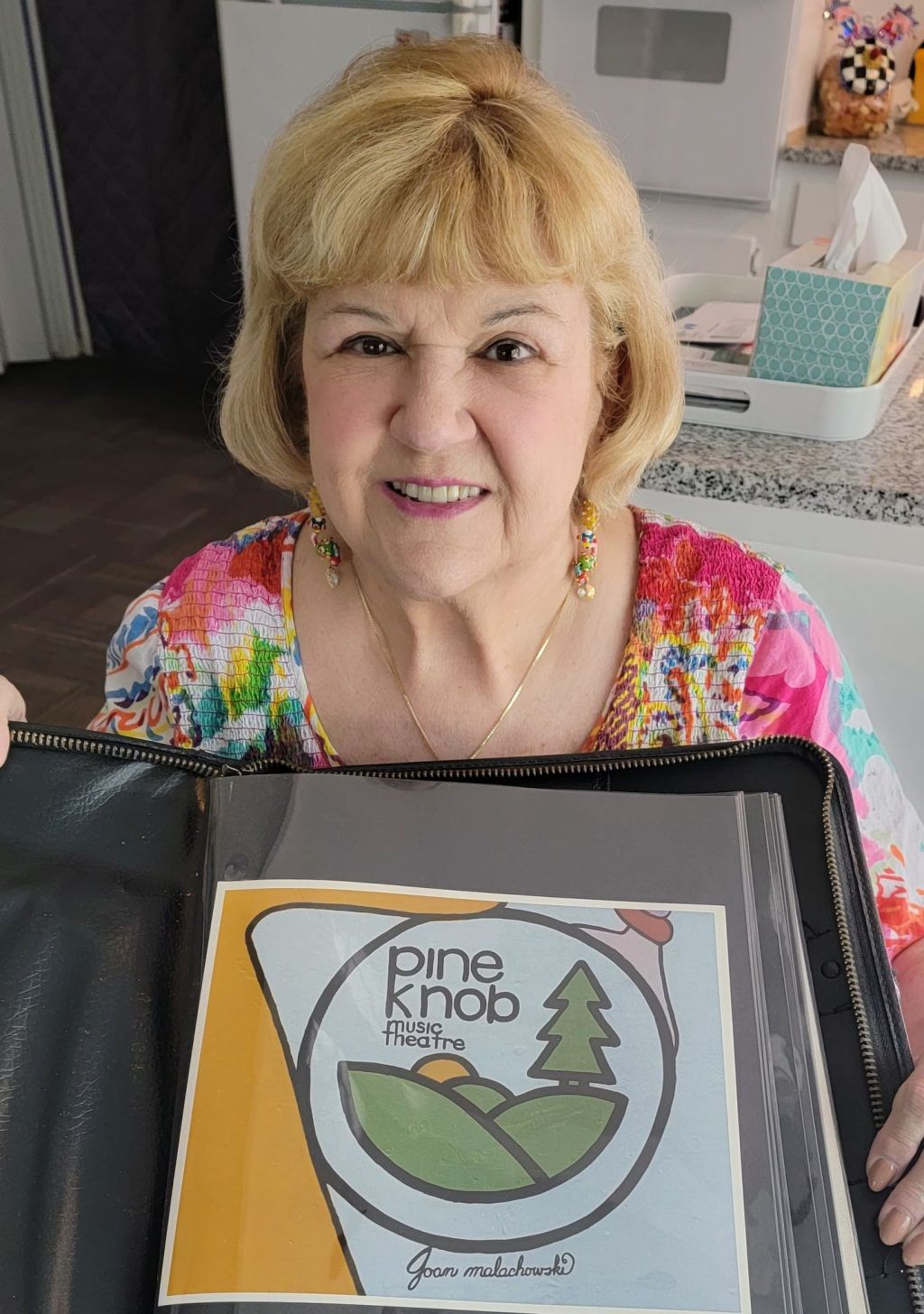 Joan Malachowski Brandt did more than just put another brick on the wall of the Pine Knob Music Theater.

She painted the performer’s name there.

It’s been nearly 40 years since the concert audience saw the work of a retired art teacher at Pine Knob, which celebrates its 50th anniversary this summer. From 1972 to 1983, a painting in the name of the artist of Brandt adorned the walls on either side of the tunnel that bisected the lawn area. Some use familiar logos such as Chicago, Queen and Engelbert Humperdinck, while others are created by Brandt himself. According to George Stanley White, who worked at Pine Knob in 1973, the sidewalk was a major part of the Pine Knob experience until it was filled up in the early 80’s, “a special focus for concert attendees and a photo background.” did. -’87 oversees the usher staff and as a community-related director.

“The walls are part of the theater atmosphere, the main road to the theater, and perfect for the viewer,” White recalls. “It was a beautifully done visual record of the performer. Joan and her student helpers were added to the characters at the venue.”

For the 76-year-old Brandt, who now lives in Southfield, the Pine Nobuwall Project is a fun memory of the ten summers spent primarily in the sun at the amphitheater. “It was a very special time in my life,” she says now. And she said, “By the way, my name is Joan.” But it was fun and I think people were most surprised at what women were doing. “

Growing up in Hamtramck and Warren, Brandt had a bachelor’s and master’s degree from Michigan State University and taught art when he got a pine knob job at Pierce Middle School in Waterford. His colleague’s wife worked with Matt Nederlander, a theater family who devised and opened Pine Knob, and told him about Brandt’s skills. She was finally led by Joseph Nederlander, who was at the forefront of the project for an interview.

“I haven’t slept all weekend,” recalls Brandt. “All I did was draws and draws, and I did a full scrutiny of what I presented to them … it was a really very solid presentation. And they gave me about 5 or 10 minutes later. I called and said I had a job. ”Some of her rewards included a pair of tickets for the show she wanted to attend in rows A to G.

“So I started … I had never done that. I thought,” Sacred cow, now that I have a job, can I do it ?! ” I was just laughing about it. But we started and it continued every year. I would add more to it, and I just had the ball doing it. “

Brant painted with dog cricket and some of the art students in the afternoon when the performers were doing a soundcheck, and even early in the evening when the crowd began to arrive. Chicago members checked her work. So I said, “Yes, even women are talented today. They just laughed.” Meanwhile, Johnny Mathis painted by cricket, who was free to dominate the site while Brandt was working. I was led to the site of.

“She came back and I said,’Cricket, who did you bring?’ And the man started talking —’because I turned his back on him — and the moment he spoke. , I knew who he was, “Brant says. “So I looked back and met, and I said,’You sing the music of love,’ and he began to laugh. She then came across Mathis while earning her master’s degree during her trip to London. He came to the restaurant table for her greeting and received an invoice for her entire party.

“He was just a nice guy,” Brandt recalls.

She frequently interacted with fans at the show and was amazed by the variety of spectators coming to the venue. “One night a woman in a long dress and a man in a suit, and the next night Ted Nugent,” she says. “So it went from dressy parents … to the wild people. It was a mixture of very interesting people who came there.”

When it comes to painting with the audience, she says: You have met many people and learned how to deal with them. It was very, very interesting. “

When it was decided to fill the Pine Knob tunnel (for safety reasons, the capacity could be increased from 12,500 to 15,000), Nederlander raised his head to Brandt to allow him to add photos of his work. did.

Pineknob’s work led to other people in Brandt, such as the construction fences at Eastland Mall and paintings at the record shop in Ann Arbor. She was also told to paint for Burner’s office in Detroit, but she had to decline it because it was during her school year. Brant quit her teaching profession in 2000, after which she painted murals in libraries and shops, picked up pottery, and helped her friends paint her books.

But even if the tunnel is far away, and even a memory that doesn’t exist for some, she’s happy to be remembered as part of Pine Knob’s long history.

“It was a lot of fun. It was a great way to spend the summer,” says Brandt. “I really enjoyed my work and met so many interesting people. It was really special.”