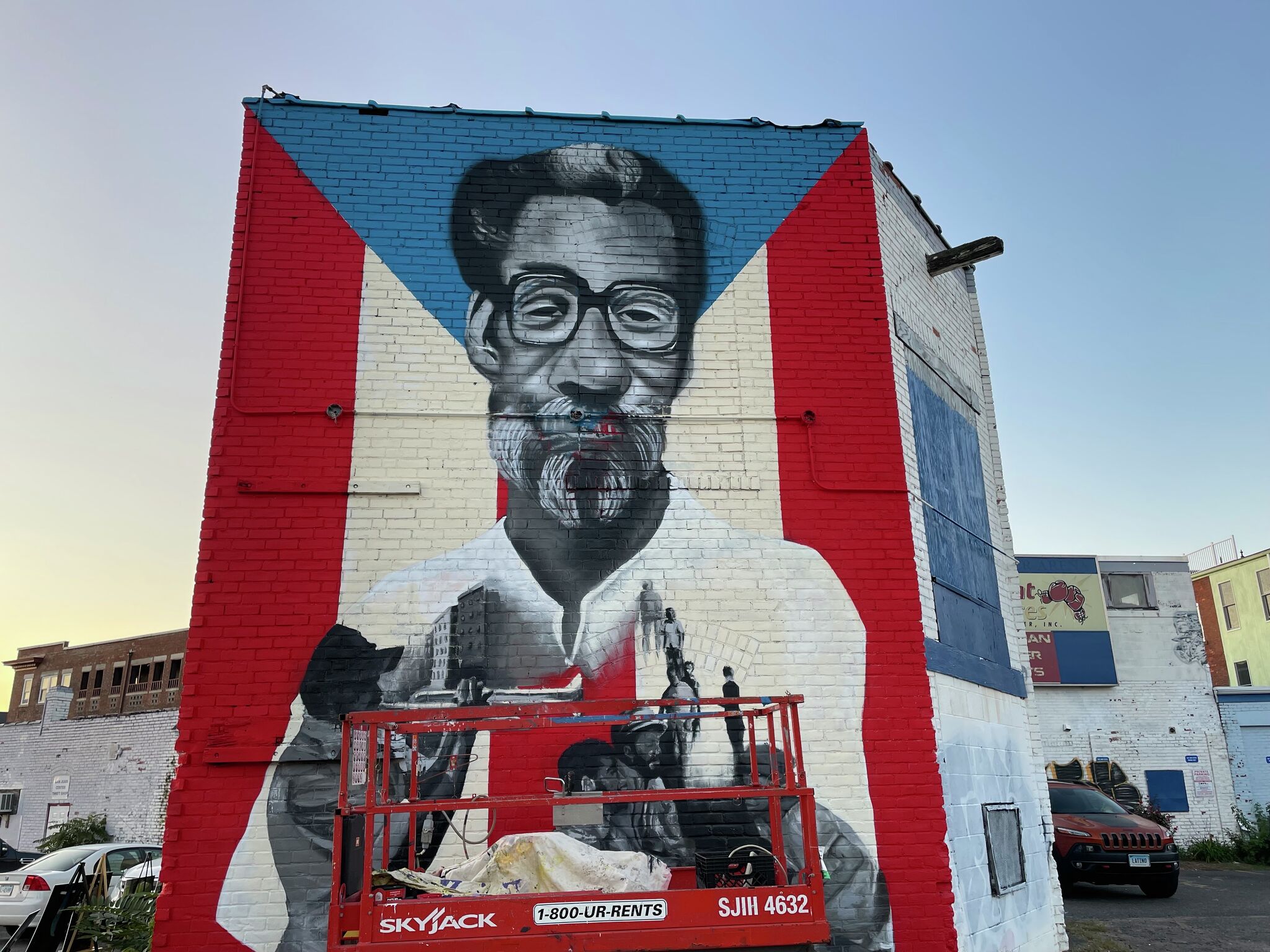 HARTFORD – For years, Juan Fuentes built his legacy with his photographs of Hartford and its Puerto Rican community.

That legacy will be on permanent display through a new mural of Fuentes unveiled Thursday night as part of a project by the Hartford Public Library’s “Changemakers” program. The program brings Hartford residents of all ages together to work on different projects in the community. This summer marked the third year of the program and included the mural, as well as photography, storytelling and urban farming projects.

“There are few places outside of family spaces where you can find young people and older people working together on projects,” said Jasmin Agosto, education and community outreach manager at the library’s Hartford History Center. “And the library is one of those unique places that does that.”

Artists Lindaluz Carrillo and Chris Roque worked together on the mural and first met with Fuentes’ family to get an idea of ​​who he was and how they could best honor him in the mural. Fuentes, who died in 2015, was known throughout the area for his photography and his love of the Hartford community.

The artists had just two weeks – 98 hours – to paint the mural, which was unveiled Thursday night at the San Juan Center. They often painted late into the night with light from nearby Dunkin’ Donuts Park or a portable generator so they could see what they were working on. Looking up at the nearly finished mural Thursday night, Roque said he still has some repairs to do, but is proud of the work they’ve done to honor Fuentes.

The mural’s background is a portrait of Fuentes. Carillo and Roque looked at Fuentes’ photos and chose a few — of people dancing, playing music and parading — to recreate over his chest, symbolizing how much the community meant to him. Roque said one of their most difficult tasks was trying to find a way to use all the things they learned about Fuentes and then transfer it into a mural.

“How do you emphasize all this?” he said. “We really spent time thinking about, ‘what was his overall mission?’ And I think it was just love. Love and pride. For who he was, for his culture, whether it was Puerto Rican culture or just Hartford culture. I’m very proud of this piece.”

Now, people driving past the San Juan Center at 1291 Main St. will see a portrait of another Hartford icon.

“It’s tangible,” Roque said. “It’s for everybody. It’s not a museum. Museums are great, but they become recognizable. You can kind of feel it too. Whether you’re part of that culture or not, when you walk by, you can kind of feel yourself in it.”