In a small Russian town, a pensioner’s street art condemns the Ukraine conflict 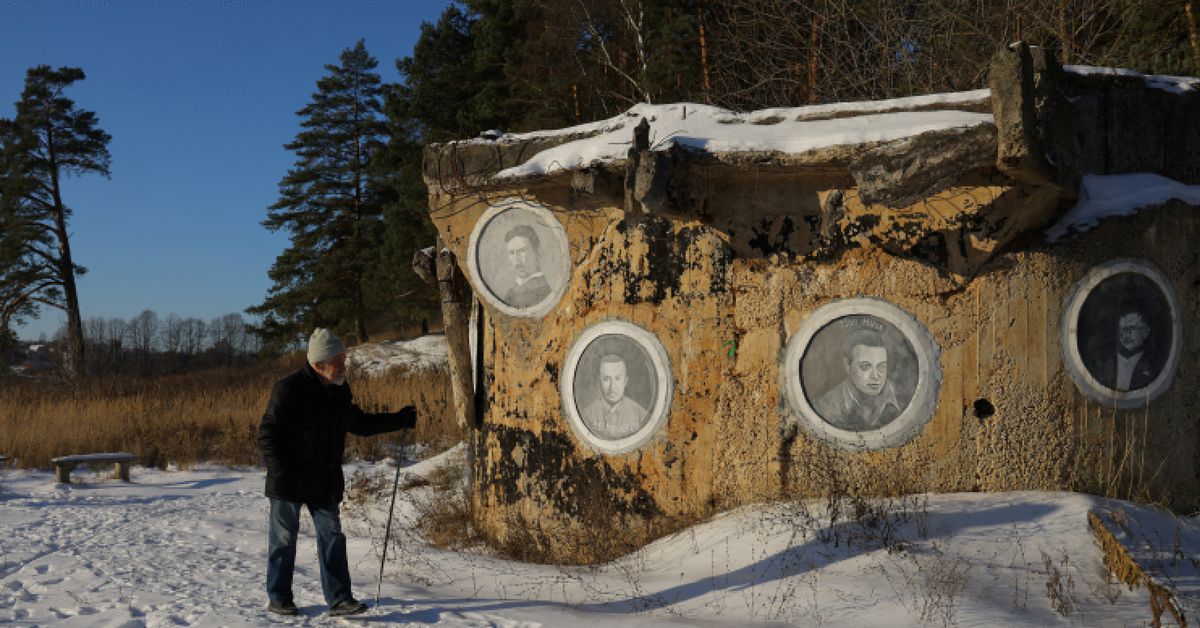 BOROVSK, Russia, Dec 14 (Reuters) – Over 20 years, Russian pensioner Vladimir Ovchinnikov has developed a following for his street murals in the small town of Borovsk, about 70 miles (115 km) southwest of Moscow, many of which depict the plight of victims of Stalinist era repressions.

But on March 25, just over a month after Russia sent tens of thousands of troops into Ukraine, Ovchinnikov created a new job, one that would put him in serious legal jeopardy.

He painted a girl, in a blue and yellow dress, the colors of the Ukrainian flag, with a bomb falling on her from above. Under her, in capital letters, he wrote: “STOP”.

The mural ran afoul of new laws passed by the Russian government that effectively criminalize opposition to the military campaign in Ukraine.

“The police said that this piece discredited our army,” Ovchinnikov, 84, told Reuters.

The mural was painted over and Ovchinnikov was ordered to pay a fine of 35,000 rubles ($554) for the new offense of “discrediting the Russian army,” which carries a maximum penalty of five years in prison.

In response, he painted a new piece, with the word “bezumiye” (“madness” in Russian), spelled with a Latin letter Z, which has become a symbol of what Moscow calls its special military operation in Ukraine . The police immediately painted over it.

This set off a cat-and-mouse game between Ovchinnikov and the police in Borovsk, a town of 12,000 people.

In place of the painted-over mural, he drew the words “pozor” (shame), “fiasko” and “basta” (enough), each with a Latin Z. Each was painted over in turn by the police.

The local administration of Borovsk did not respond to a request for comment.

For Ovchinnikov, opposition to the conflict in Ukraine is underpinned by a family history of Soviet-era oppression. His grandfather was shot by Lenin’s Bolsheviks in 1919 and his father was arrested during Stalin’s purges in 1937.

He drew attention to Russia’s history of political oppression as a motif in his art. In 2017, he persuaded local authorities to erect a monument to his victims – a stone taken from the Solovetsky Islands in Russia’s far north, the site of the Soviet Union’s first Gulag prison camp.

“This topic of political repression and the closed nature of this topic, the erasure of historical memory, is one and the same thing as what is happening to Ukraine,” Ovchinnikov said.