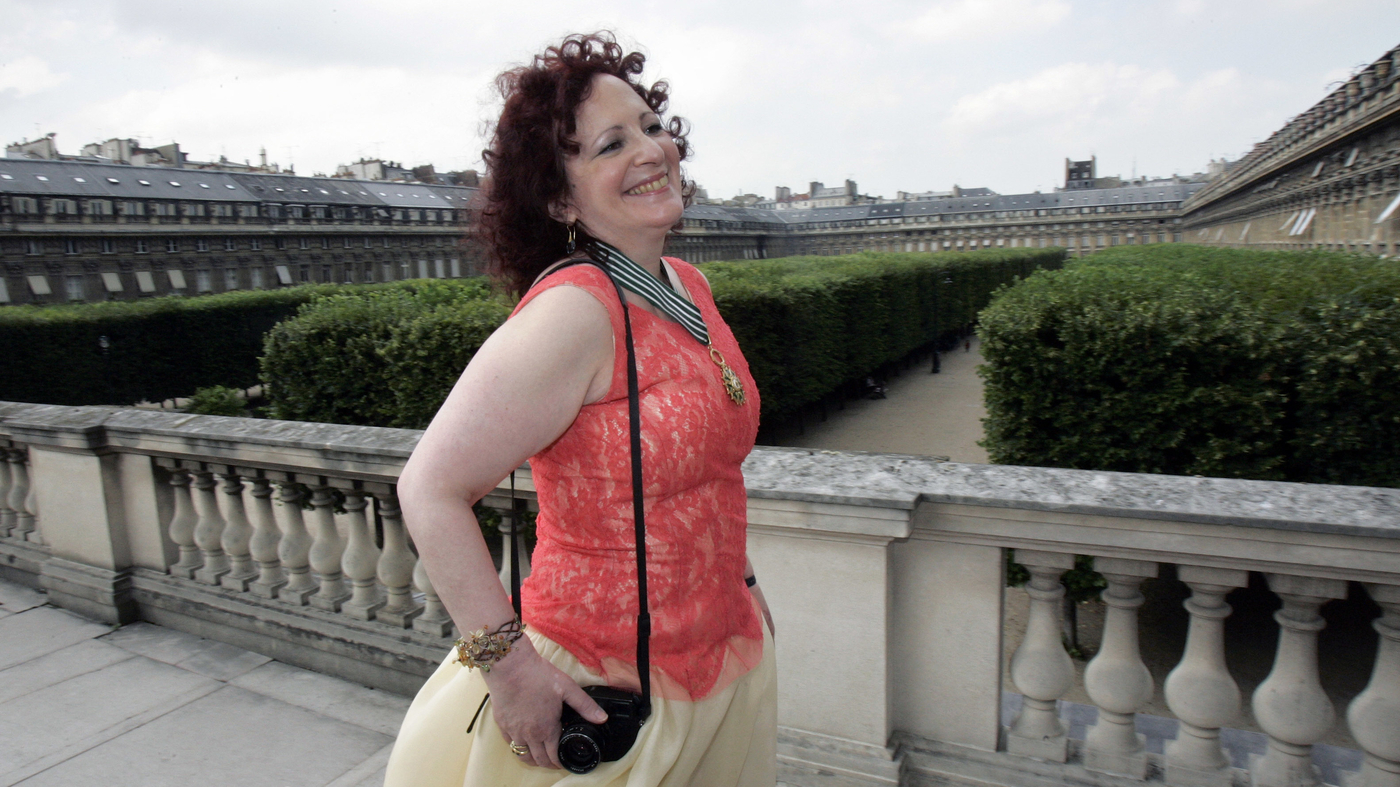 Photographer Nan Goldin poses after being awarded a Commander in the Arts and Letters Order, in Paris, June 27, 2006.

Photographer Nan Goldin poses after being awarded a Commander in the Arts and Letters Order, in Paris, June 27, 2006.

The first few times I spoke with photographer Nan Goldin, I saw her anger and frustration over the prescription opioid epidemic that has derailed her life and killed tens of thousands of Americans.

“I have never seen such an abuse of justice,” Goldin told me.

She was talking about members of the Sackler family, which owns Purdue Pharma, the maker of Oxycontin.

Goldin himself became addicted to pain pills after the surgery. She later came to believe the Sacklers had lied about their drug’s safety and were unlikely to be held accountable.

“It’s shocking. It’s really shocking. I was deeply depressed and terrified,” she said.

What I missed in those encounters with Goldin—hidden behind the chain smoke and the tired laugh—was the strength, stubbornness, and dogged courage that helped her take on the Sacklers.

This is the revelation in the new documentary about Goldin, All the beauty and the bloodshed, now out in limited release. It won the Golden Lion for best film at the Venice International Film Festival this year.

The film by Laura Poitras shows Goldin growing up in an abusive family, surviving foster care and living homeless in New York City.

Goldin has forged her way into the art world as one of the most powerful photographers of her generation. To pay the bills – and cover the cost of film – Goldin often danced in strip clubs and did sex work.

“Photography has always been a way to walk through fear,” says Goldin in the documentary. “It gave me a reason to be there.”

Nan Goldin, left, and director Laura Poitras pose at the film’s photo call All the beauty and the bloodshed during the 79th edition of the Venice Film Festival in Venice, Italy, September 3

Nan Goldin, left, and director Laura Poitras pose at the film’s photo call All the beauty and the bloodshed during the 79th edition of the Venice Film Festival in Venice, Italy, September 3

She later became one of the earliest American artists to tackle the AIDS epidemic, launching a show in the late 1980s that attracted national attention and controversy.

Many of the same museums around the world that began collecting Goldin’s photographs also named buildings after the Sacklers—in return for lavish donations.

The clash between the Sacklers and Goldin depicted in this film came after Goldin’s recovery from years of opioid addiction, a time she describes as “a darkness of the soul.”

After reading about the Sacklers’ role boosting Oxycontin sales in a groundbreaking article in The New Yorker, Goldin decided to challenge their carefully constructed public image as enlightened philanthropists.

“All the museum institutions need to stop taking money from these corrupt evil bastards,” Goldin says in the documentary, as she helps organize one of the opioid protests that have rocked the art world in the past five years.

It was not clear that Goldin’s campaign would work. The Sacklers were among the most respected and deeply connected art patrons.

“The museums…tried to pretend it wasn’t happening,” director Laura Poitras said in an interview with NPR. “None of them responded.”

But Goldin pressed on, recording more protests and publishing a scathing personal essay in the influential journal Artforum.

“She knew how to use her power. She is a figure that these museums wanted to work with,” says David Velasco, Artforum’s editor-in-chief, in the documentary.

It is important to say that the Sacklers have long denied any wrongdoing.

Their company has twice pleaded guilty to federal criminal charges related to opioid marketing and Purdue Pharma is now in bankruptcy.

But members of the Sackler family who ran the company and profited from opioid sales have never been charged with any crime.

While they have given up control of their company and are expected to pay billions of dollars as part of a settlement agreement, they are likely to retain much of their wealth.

However, they faced a different kind of liability.

In best-selling books like Empire of Pain: The Secret History of the Sackler Dynasty, the book and award-winning television series Dopesick, and this new documentary, the Sacklers have faced a kind of public shaming.

The Sackler name has been stripped from buildings and exhibition spaces in the Guggenheim, the Louvre, the Met, and other top cultural and educational institutions around the world.

In my conversations with Goldin, she described it as a slim kind of victory, weighed against the carnage of an opioid crisis that continues to rage.

In the documentary, however, Goldin grants her a moment of triumph. She walks through an exhibition space in the Met, where the Sackler name has been scrubbed from the wall.