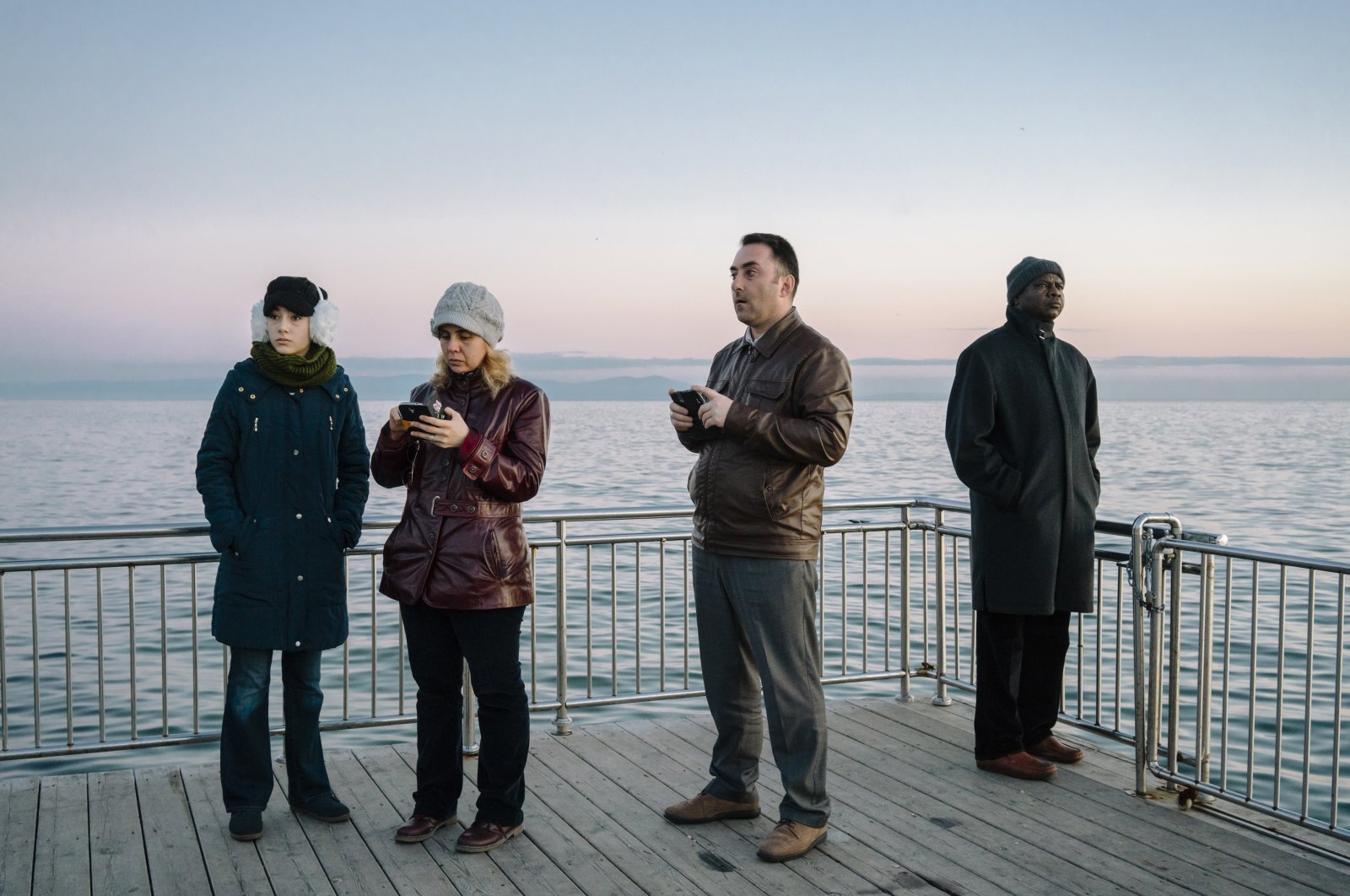 In its latest exhibition “Istanbuls Today,” the city’s Pera Museum gathers contemporary visual narratives of Istanbul into a creative visual interpretation of the city today. The exhibition features the work of 11 photographers living in Istanbul and offers striking snapshots of the city in their unique styles.

The new exhibition of the Suna and Inan Kıraç Foundation Pera Museum, “Istanbuls Today” brings together recent works of 11 photographers under various themes, as the photography exhibition touches on the artists’ way of interpreting the city as a personal interaction space, while the idiosyncrasies of a city that is so mundane and extraordinary.

The themes range from the city’s topography of emptiness, loneliness, anxiety and incongruity to its socio-political dynamics, the migration issue that has become more apparent in the last decade, to young people who took refuge in Istanbul to avoid marginalization.

“Istanbuls Today” is a narrative about the city’s state of flux and transformation. According to exhibition curators Refik Akyüz and Serdar Darendeliler, “The last 25 years have been an interesting period during which Istanbul has grown a lot physically, consequently undergone a cultural change and lost – or surrendered – its culture due to internal and external migration, gentrification , urban transformation and political atmosphere: Topics explored in the exhibition And ‘Istanbuls Today’ is a photography exhibition designed to collect current narratives about this state of change and transformation in Istanbul, hoping to create a establishing a layered view of the city’s present and creating a substantial repository for future retrospective analysis.”

According to Akyüz and Darendeliler, the exhibition takes cross-sections of the city to serve as examples of the different “Istanbuls” experienced today. While doing so, the artists focus not only on the lives of city dwellers, but also on its topography and built environment, current social/political dynamics, ecological challenges, its everyday extraordinary peculiarities, alternative cultures, the issue of migration that has intensified in the last decade, but was always part of the city’s story.

Meanwhile, many writers who have studied, reflected and fictionalized the city of Istanbul in their works draw inspiration from the photographs displayed in the exhibition in their articles, adding another layer to both the exhibition and its catalogue.

A selection of photographs exploring social movements in the city, Istanbul’s relatively new recreational areas and how people form relationships with them, the transformation in the middle and lower class neighborhoods around Galata, Keçi and Cendere streams at the intersection of Kağıthane and Şişli -districts, locations that once served as the epicenter of modernity in the Ottoman Empire and remained relatively untouched until the rapid development effort in recent years.

Some works focus on the lives of people who arrived in Istanbul to find a place where they can live and be as they want, free from family and social pressure, and the stigmatization they face in the social hierarchy, but ultimately the risk of being trapped in the very sanctuary they found in the city. On the other hand, by gathering and hoarding fleeting, often ephemeral fragments of Istanbul in collections, the artists unfold the highly complex, somewhat gloomy, somewhat playful, but always curious bond they have established with the city.

With the city of Istanbul as his main source of inspiration, one of the artists, Erdem Varol has a distinctive style where he gets as close as he can to the living/inanimate subjects he encounters in the streets of the city, and “blows them out” with the flash of his camera. He joins the exhibition with a collection of photographs that visualize Istanbul – often humorously – on the seesaw between East and West, tradition and modernity, and crowds and solitude.

Ekin Özbiçer takes an oriental look at both herself and her city as a member of a relatively westernized middle class, and reflects – through spontaneous mise-en-scènes – on the social changes that have taken place in Türkiye in the last 10 to 15 years. characterized on the scale. from Istanbul.

The “Istanbuls Today” exhibition will be on display at the third floor exhibition hall of the Pera Museum until April 30, 2023.

Keep up to date with what’s happening in Turkey, its region and the world.