‘It’s not about horsepower anymore’: Carmakers reimagine how to differentiate themselves 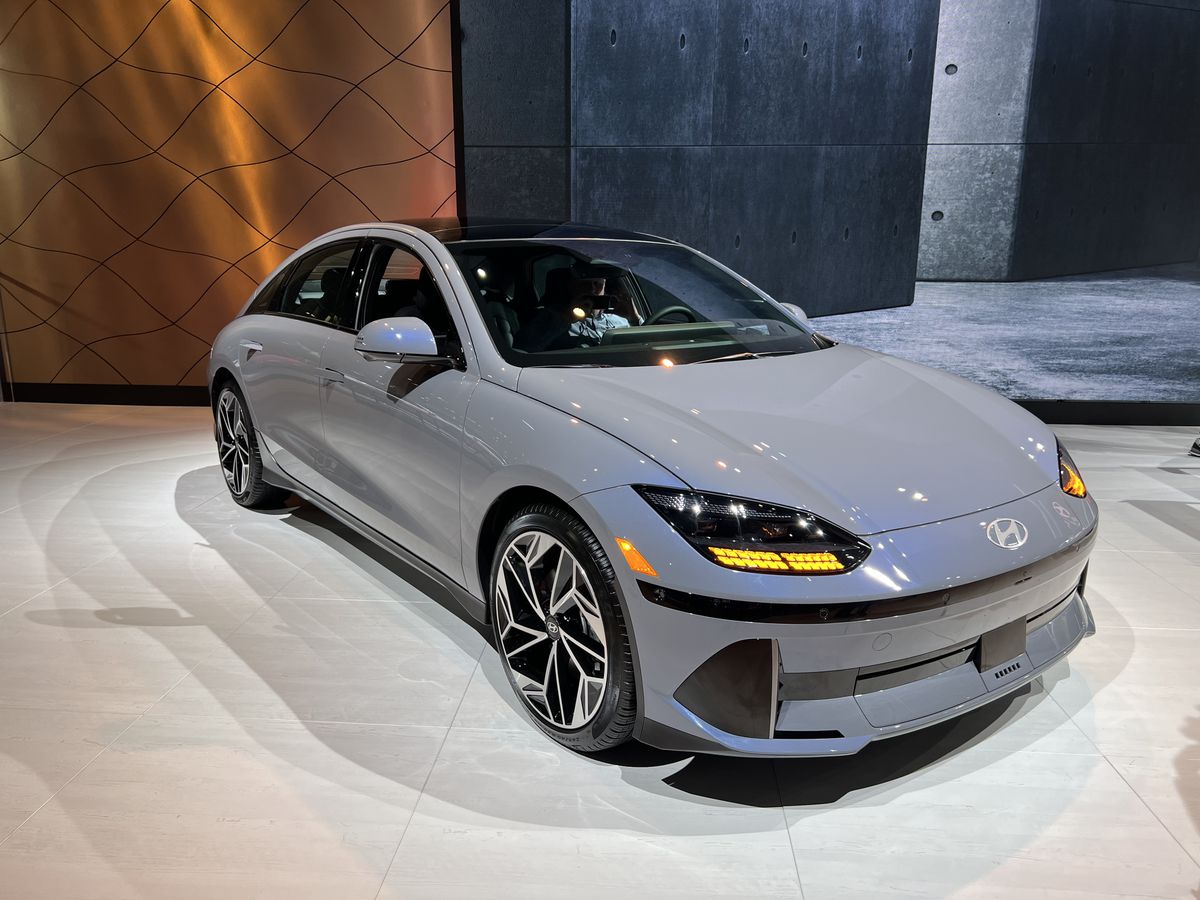 As electrified vehicles become more prominent, so will questions about design. Design has always played a major role in differentiating brands and offering customers something that appeals to their taste and sense of identity. But it brings new opportunities and challenges for EV car designers.

“When electric cars started to become a thing, they were all about shouting, ‘I’m electric! I’m electric! Look how weird I am,” Ralph Gilles, Stellantis’ chief design officer, said at the Los Angeles Auto Show in November. “The market has proven that this is not what consumers want. They want an attractive car that reflects their personality.”

With EVs, many items essential to a gas-burning car are absent, such as an internal combustion engine, a long drive shaft, muffler and exhaust pipe. No engine means no need for a grill to bring in cooler air. This gives EV designers the freedom to do something else with that space. But what, exactly? Sometimes the choice is determined by what people already know and like.

“[The front end is] still creepy because your mind is conditioned to expect some kind of grille in a car, so some manufacturers choose to keep it going,” Gilles said. “In the case of us [Jeep] Wagoneer KX, it’s a faux grille, but it’s there for character. For brand. You know exactly what the car is. So we can now use a grill in a fun way, whereas before it was seriously about square inches for cooling.”

Replacing larger, hotter halogen bulbs with smaller LEDs also opens up design possibilities. “Lighting is going to be the new identity. Every company will have some signature lighting,” said Chris Coutts, senior exterior designer at Kia Motors’ California Design Center in Irvine, Calif. “We can make the cars look different based on the thinness of the lighting.”

Gilles echoes those thoughts. “Our brands are willing to spend more money on lighting, because it is one of the most effective ways to give the car character,” he said.

All these changes mean more freedom for designers, but also new obstacles. One of the main goals in car design is to improve aerodynamics to gain more range.

“The biggest challenge is finding limitless ways to manage airflow across the car,” said Simon Humphries, head of global design for Toyota and Lexus in Los Angeles. “From a design point of view, this is an unfortunate reality. We can’t get away from the sky. We have to push it out of the way and we have to do it as efficiently as possible. The reality is that there aren’t that many ways to do it. We know the answers and those answers don’t necessarily translate into a nice car.”

On the facelifted 2023 Toyota Prius, Humphries has replaced the awkward corners of the past with a sleek, streamlined and aerodynamic body, and a cut, short rear end, which allows the air to be efficiently released from the vehicle.

Another aerodynamic design tweak is to make the door handles flush with the body. “You can thank Tesla for that, because they did it first and now we’re all doing it,” Coutts said. “It’s partly for aerodynamics, but it’s also a cool technology. Your car senses you coming there and the door handle pops up automatically. It’s exciting, right?”

The hardest thing, Gilles said, is packing battery packs. “On the Challenger it is quite challenging to pack the battery and then the people. It’s like a sandwich: If you get too tall, the sandwich just looks awkward.”

Interiors will also change drastically, designers say, as we move toward autonomous vehicles. Front trunks and lounge-like cabins will be dominant, Coutts said. On concept cars, manufacturers are already showing swiveling seats, steering wheels and gearshifts that disappear, and fewer buttons, switches and dials. Instead, technology with advanced voice recognition systems and hand gesture features will be commonplace. Gilles calls it “technification”. His global user experience team of 65 is mostly made up of “kids who designed video games and played video games in their parents’ basements,” he says.

Even before autonomous vehicles arrive, changes are underway: On EVs without a long driveshaft, floors can be flattened and batteries stored underneath, leaving the cabin and cargo space a blank canvas for designers.

“It’s about giving the car personality in a different way; it’s not about horsepower anymore. Now the sensation happens through the connectivity systems and the material,” said Gilles. And the “detoxification” of the inside is critical. This means making the cabin more calming with less clutter and removing redundancies like multiple ways to turn on the volume. “We’re still analog creatures and most consumers want a minimal amount of buttons for quick access because sometimes it’s easier to get across without looking. Having a button-free interior, which we can now do, requires a learning curve, which some customers don’t mind – they find it exciting. But others really are [annoyed]. We’re trying to find that balance,” he said.

For sustainability reasons, also say goodbye to leather and chrome. “For a hundred years we used leather, chrome and wood to make things look expensive. All of these are going to disappear because they are not particularly environmentally friendly,” said Toyota’s Humphries.

“The biggest thing we do is not cover things up so much – to leave it raw as it is. It takes education for the customer to accept an unpolished material,” said Gilles. “Maybe the new luxury is less. Detoxification, more sustainability, is an attractive idea for a new, young, [environmentally] conscious consumer.”

The company can mimic the appearance of chrome with particles in plastic. Or, in an effort to be more sustainable, it could use compressed sawdust or cork material, he said.

“But it’s not just a case of finding materials to replace plastic, it’s also accepting the customer’s point of view and the way they see those materials,” Humphries said. “The biggest challenge is to build a new icon for the customer, so the customer says ‘If I have this in my car, it means it’s an expensive car.’ The symbolization is a big challenge.”