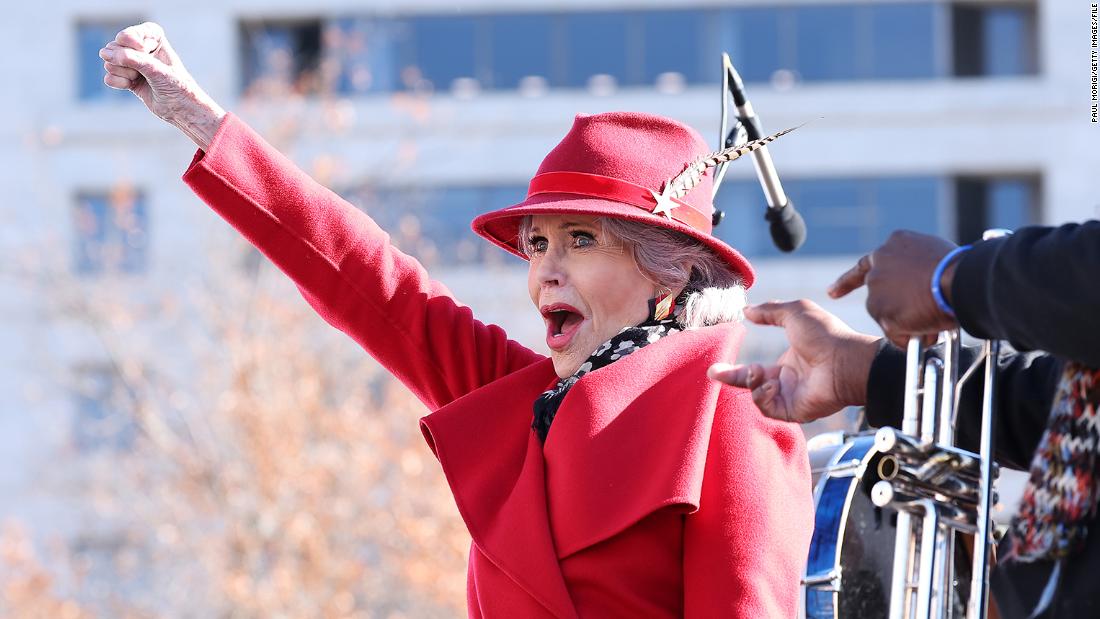 Christie’s annual Outsider and Vernacular art auction in New York on January 18 will include a notable group of lots from the personal collection of Jane Fonda: 14 works of art by the late American artist Thornton Dial, his brother, Arthur Dial, and his son, Thornton Dial Jr.

Acquired over the past two decades by the actor and activist, the works range from painted, animal-shaped sofas by Dial Jr., each estimated to fetch $2,000 to $4,000, to large-scale mixed-media murals by Thornton Dial, which is estimated to sell for between $50,000 and $100,000.

She was introduced to the Dial family by the late collector Bill Arnett, whose Atlanta home she visited in the 1990s. According to Christie’s, Fonda previously collected mostly outdoor paintings by women, but that she was deeply moved by works she saw by artists such as Dial, Lonnie Holley and Joe Minter.

“I could not believe the dynamism, the energy, the courage, the rawness of these works,” she is quoted on the auction house’s website, adding that she bought several on the spot.

The 14 works being auctioned include several that lived with Fonda over the years. At the forefront of the sale are two early 1990s assemblages by Thornton Dial, the son of Alabama sharecroppers who gained fame in his sixties for dynamic sculptures and wall pieces he constructed from found objects, paint and other materials.

Other works by Dial include an oil on wood painting from around 1988 depicting four trees and spanning four feet high and 10 feet wide, which could fetch up to $50,000; a larger-than-life painted canvas and plywood image of Uncle Sam from 1989, expected to sell for $20,000 to $40,000, and several smaller works on paper depicting women estimated at $3,000 to $5 000 will cost. His brother Arthur, who turned more to narrative figuration, is represented by two mixed media works on boards, both from 1989.

Fonda considers the Dials part of the canon of great American art. “Found objects are a tradition of 20th century art. It’s Marcel Duchamp, his conversion of urinals into a so-called fountain, to my friend Bob Rauschenberg and Jasper Johns – it’s not unique to these artists of the South, ” she said in a press release. “(Thornton) Dial used found objects in his environment, which I think is just as beautiful. He gave discarded objects a second life, material with a brilliant reuse with an impact that very few artists have ever had.”

In addition to collecting art, in 2001 Fonda partnered with Tinwood Books, Arnett’s foundation, to support Black Folk Art promoting the works of the Gee’s Bend quilters in Alabama through exhibits and a book. She also serves as a trustee of the Souls Grown Deep Foundation, the nonprofit organization dedicated to championing the works of Black artists from the South.

The new buildings set to shape the world in 2023