Brown’s photo of the Mississippi River, taken in Fort Jefferson, Kentucky, will be featured in the USPS Mighty Mississippi Stamp Collection.

Fifty years ago, Larry Brown found his passion for photography after buying a camera at the US Navy’s USS Midway. Photos of residents of the Mississippi River in Benton, Missouri are now featured on US Postal Service stamps as part of its powerful Mississippi collection.

After completing his Navy mission, Brown attended Southeastern Missouri University as a chemistry major. After graduating, he worked for the Associated Electric New Madrid Power Plant in Portageville, Missouri for 34 years.

“It was a great job, and I got a good retirement,” Brown said. “But I still wanted to take pictures. As my family grew up and left home, I and my wife were the only ones here, so I decided to pursue my love for photography.

Brown has been passionate about many years, starting with the hobby of taking pictures of small towns and villages while serving in the Marines. His local photographs are on display at several companies such as St. Francis Hospital, South East Hospital and St. Francis Hospital. Genevieve (Missouri) Memorial Hospital. The Brown Photo USPS, selected to appear on one of the stamps, was taken in Fort Jefferson, Kentucky.

“Fort Jefferson had a great view of the Mississippi River and got there one night at sunset, which I think really sold the image to me,” Brown said. “The way I explain it is like my mother always says.” It looks like ice cream. “I think it’s what the sky looks like that night. “ 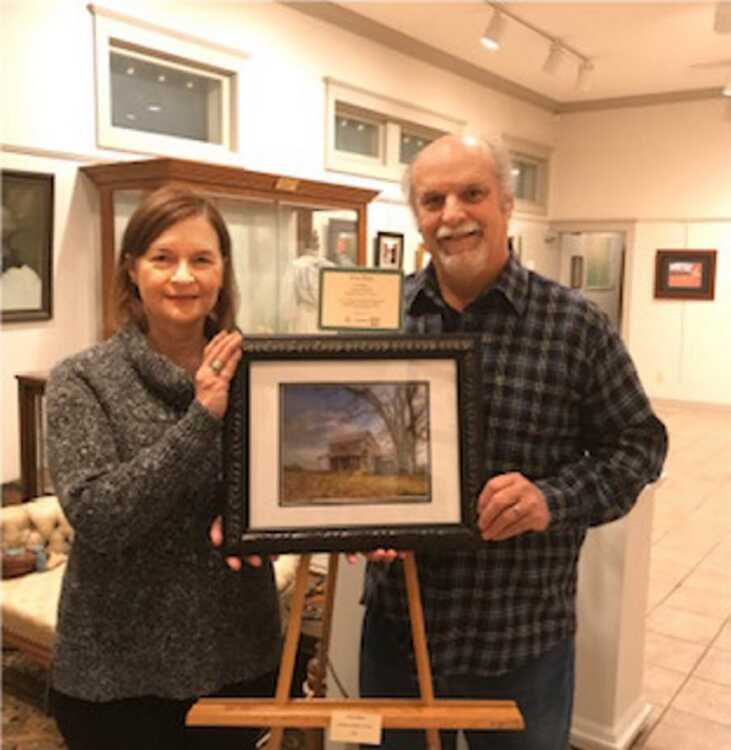 Larry Brown and his wife, Darcy, are exhibiting photos that won first place at the 35th Bootsheel Regional Photo Show. Another image taken by Brown was selected for stamps by the United States Postal Service as part of its Mighty Mississippi collection.

Brown was contacted by the USPS graphics card company and informed the organization to create a series of stamps based on the Mississippi River. He agreed to allow his work to be used as one of the stamps in the series.

“It was a big deal for me because of the exposure. When such a company or organization sees your work, it’s really a kind of support for your work,” Brown said. “When a bank or hospital wants to stick my work on the wall, that’s a big problem for me. I really feel like a photographer.”

Brown’s gallery and information can be found on his Mystical Perceptions of the Ordinary website (www.larrybraunphotography.com).