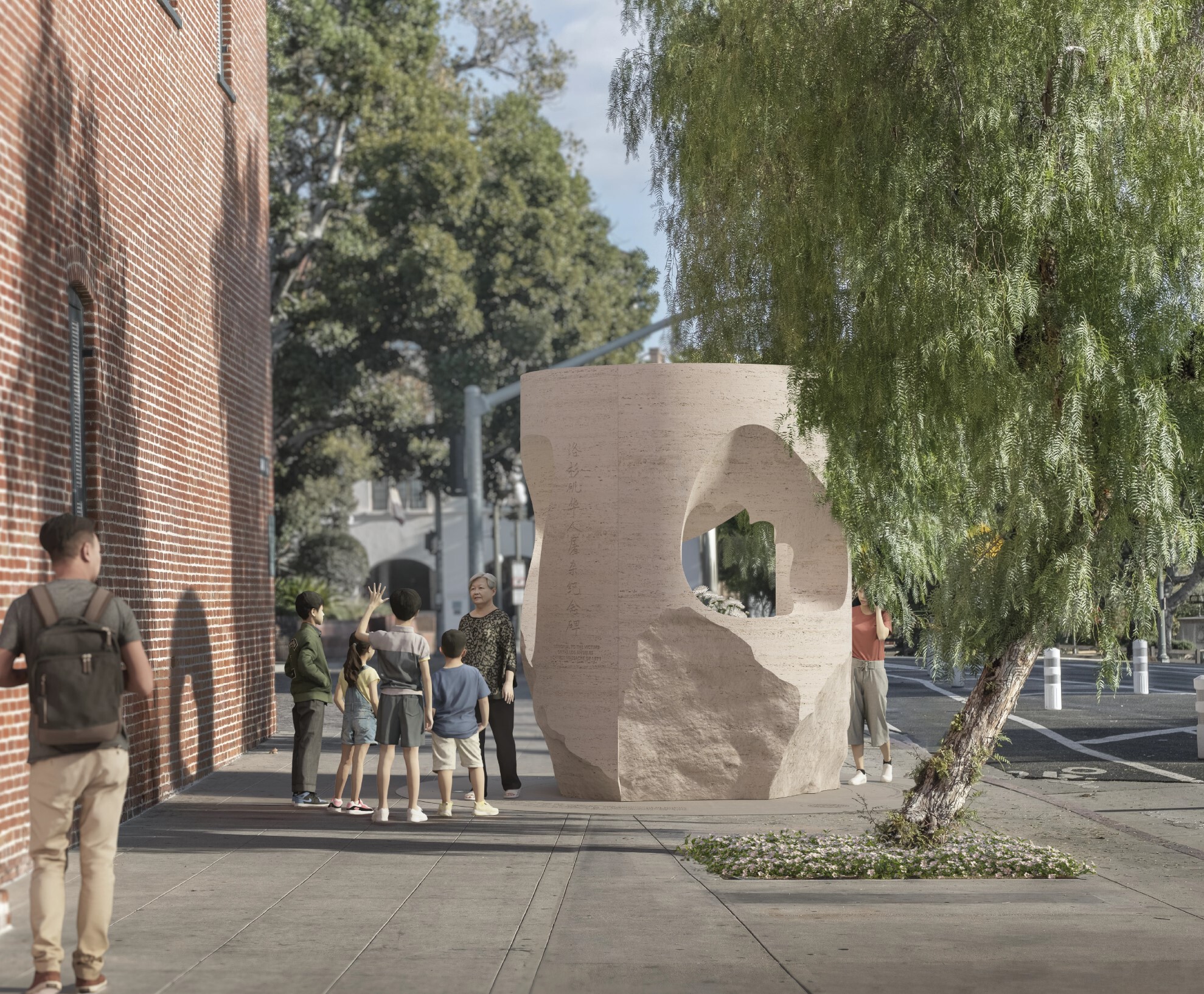 The city of Los Angeles has selected six finalists for the competition to design a new memorial dedicated to the victims of the 181 Chinese Massacre. In one of the darkest chapters in the city’s history, on 21 October 24, around ten percent of the city’s Chinese population at the time, at least 18 residents, were killed by a mob of rioters. The memorial seeks to raise public awareness of the 1871 racially motivated mass killings while simultaneously addressing contemporary concerns about race, intolerance and violence. First announced in April 2021, the memorial will be built near the site of the massacre and the Chinese American Museum. 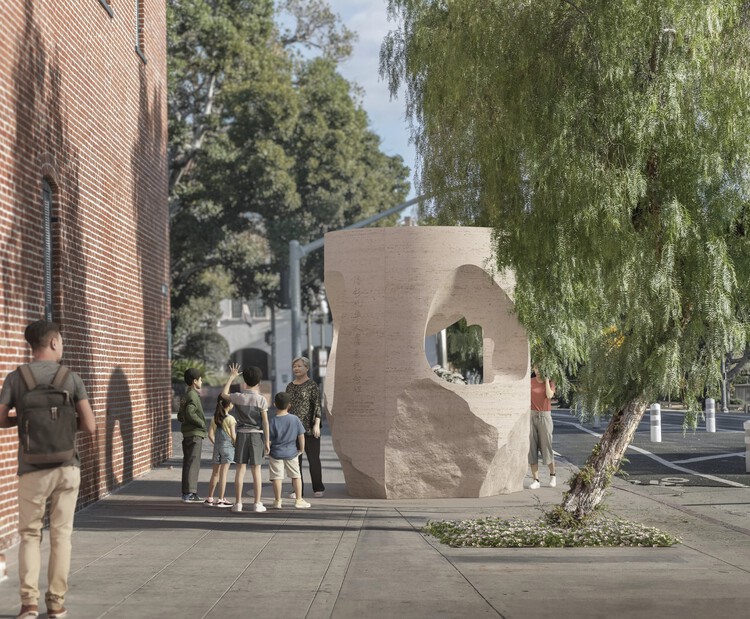 We recognize that it is not easy to face injustices that have occurred in our city’s history, yet it is important to remind future generations of the lessons embodied in the tragic Chinese Massacre of 1871. When the finished work is revealed, we look forward to reflecting and healing together.” Michael Truong, executive director of Los Angeles’ Chinese American Museum.

Following a request for ideas initiated by the Los Angeles Department of Cultural Affairs in August 2022, 176 proposals were submitted, and six finalists were selected by an evaluation panel. The six finalists are:

The proposal is focused on improving the gestural experiences of raising and lowering one’s head and the feelings it provokes. A split boulder with an infinity mirror case encased in its center aims to encourage passers-by to lower their heads as a humble reflection of past wrongs. The pine shaft echoes the depth of Chinese-American roots in this country, while the sea of ​​black bar-shaped paving stones alludes to the multitude of immigrant stories yet to be told and to the “streets paved with gold” myth that still attracts many.

The project looks at a broader picture of the Chinese American experience in Los Angeles, documenting the many injustices this community has suffered. A sea of ​​petrified trunks symbolizes the victims of the massacre. Circles etched into the pavement recreate the timeline of events, all converging towards a “young ‘Silver Tree’, a symbol of growth and hope in a forest of trunks. Roots, stumps, trees, histories and memories.”

A memorial colonnade consisting of vertical Stelae frames the site of Calle de Los Negros and portions of historic Chinatown. “At eye level, the Memorial Stelae demonstrate a chronology of the events surrounding the night of the 1871 Chinese Massacre. A Flying Chord encircles the sky above with a dual role: its startling forms articulate the turmoil that besets Chinese society on a historic ‘night of terrors’, while its perimeter frames redemptive new sites of commemoration, festivals and activism, which the Chinese American energizes. Museum as an urban proscenium—a backdrop for future Angelenos inhabiting a next Los Angeles.”

The team’s proposal is centered around a monolith of black stone carved in bas-relief by Los Angeles artist Candace Lin. Influenced by her research on Chinese symbols, cartography and the history of the 19 and 20st-century Chinese immigration, Lin will create an image of the spirit world. She uses Toaist paintings of the underworld and symbols of significance to the Chinese community. The monument invites visitors to look at these carved images, touch them and make ink rubs. Small bronze fragments representing the victims are moved around the monolith. They were positioned for it on the day of October 24stthe day of the tragic events, the sun’s rays will reflect light off the polished bronze and reflect the light on the center of the memorial stone.

The proposal centers around Penjing, a Chinese art form, and ancestor of Bonsai, in which the garden becomes a microcosm. The focus is on the visual and the mental look after introspection. The monument is envisioned as a living sculpture, embodying a cultural attitude towards sculpture as something that exists between object and landscape. Each Penjing offers ritual care to modest locations, with the microcosmic interior reflecting the communities that design and sustain it. In doing so, it aims to reflect the stories of resilience that many Chinese immigrants trace in building their communities.

A red brick and wooden pavilion with a folding roof invites passers-by to slow down and immerse themselves in the history of the space. The pillars supporting the roof are engraved with the names of the victims of the 1871 Chinese Massace.