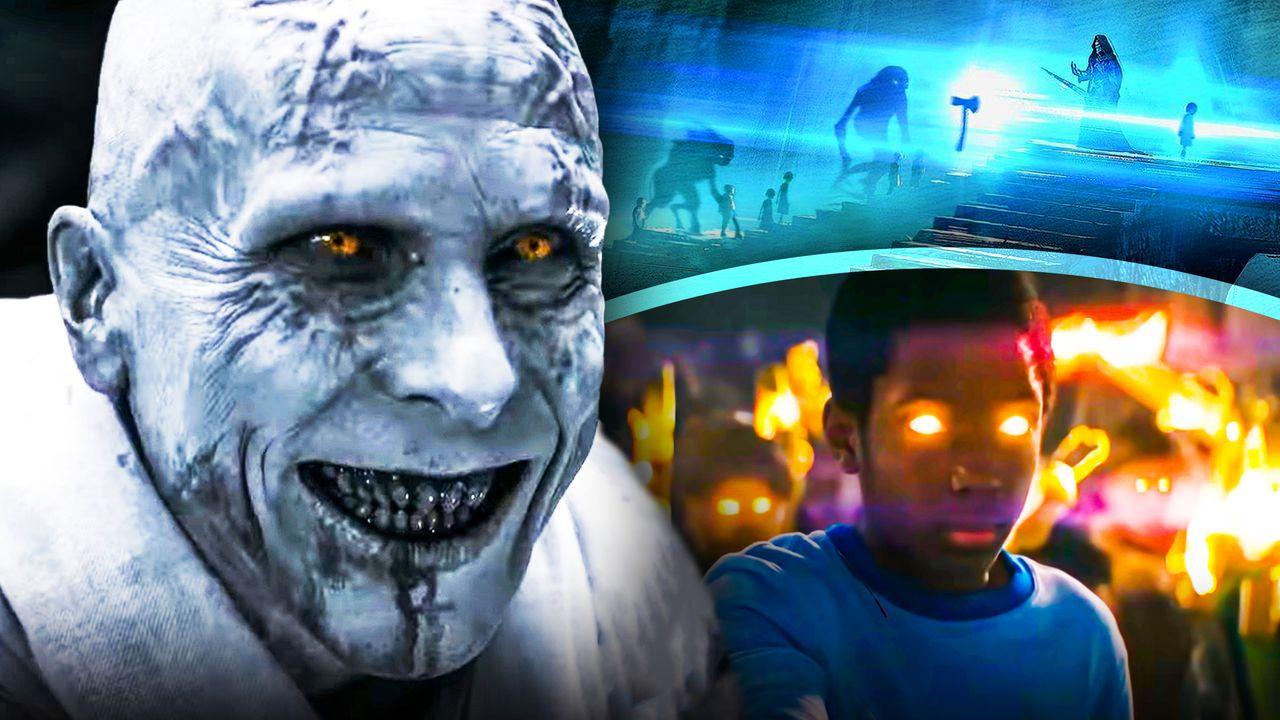 Concept art is typically released shortly after theatrical releases and season finales, often showing minor differences in early iterations. However, it appears that for Thor: Love and Thundergave fans a look at multiple cut sequences from the film, including one involving deleted childhood scenes.

Such a reveal is similar to concept art showing how Jeff Goldblum’s Grandmaster was likely involved in rescuing the heroes after their defeat by Gorr in the Shadow Realm. But, as previously reported, all of Goldblum’s scenes were cut.

The same happened with a plot point involving the kidnapped children of New Asgard in new concept art.

Sacrifice of souls of the innocent

Concept artist George Hull has concept paintings of Thor: Love and Thunder it was “for the director and crew as they considered different options for the final act in the film.”

The first painting presumably shows an early iteration of the Gates of Eternity, as Thor, still in possession of Stormbreaker, sees hundreds of children being brought to Gorr.

Hull also revealed this “the early writing had the children’s souls as necessary to enter Eden,” but that director Taika Waititi chose instead to streamline the story and rule that Gorr only needs Stormbreaker.

However, the final cut shows how Stormbreaker is used similar to the film’s final cut, but instead a child is in the path of the beam, perhaps still trying to portray Gorr’s need for the children’s souls in order to to enter eternity’s realm. 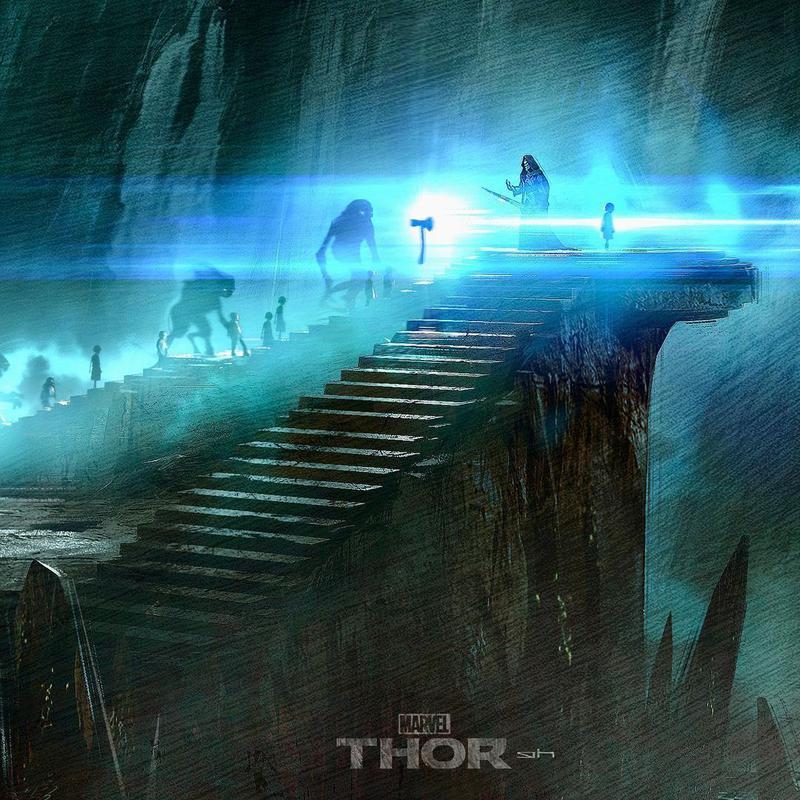 Apparently Gorr needing their souls wasn’t present or even alluded to in the final film, but it left a big question.

Gorr used the kidnapped children of New Asgard as bait for Thor to take Stormbreaker from him. So far so good.

But then, after Gorr has what he needs—Stormbreaker—why is he still bringing all the children with him? The God Butcher no longer needed the children, so why didn’t he leave them in the Shadow Realm?

Maybe he planned to keep using them as hostages, but it was a while. It seems painfully obvious that the only reason they were brought together to the Gates of Eternity was so that the sequence of Thor empowering them all could still happen.

It would certainly have added more tension and danger to the climax if Gorr still needed the children’s souls to open the gate, as depicted in Hull’s third painting. It would also have explained why Gorr took them with him to the Gates of Eternity.

Fans can watch Thor: Love and Thunder again on Disney+ on September 8.