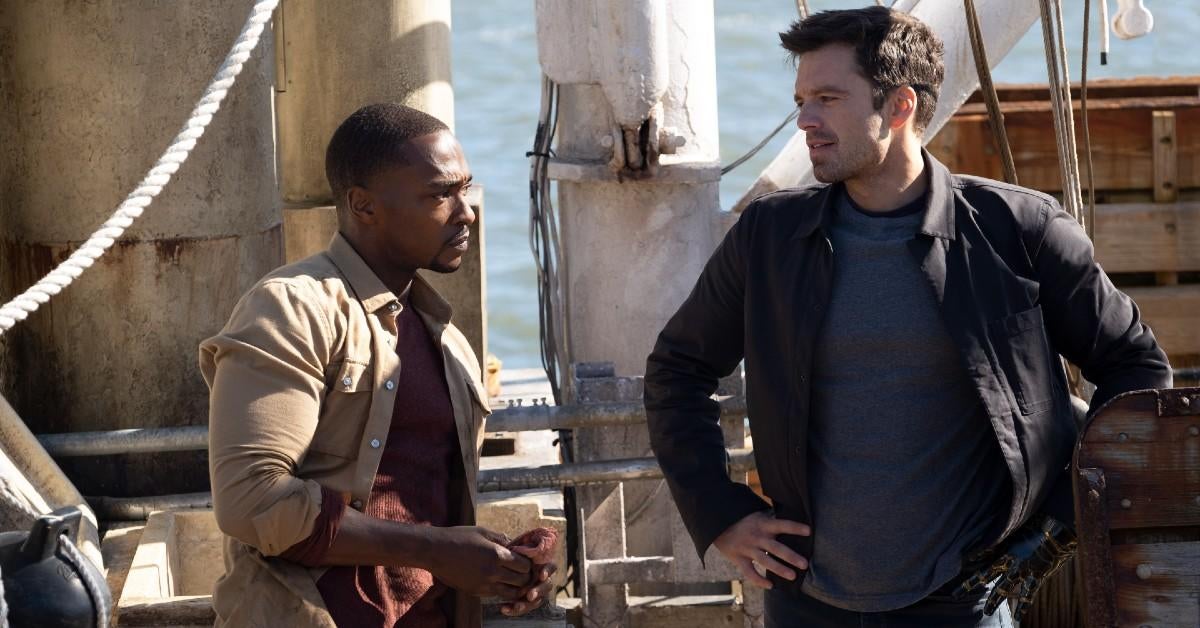 The Marvel Cinematic Universe took a very interesting turn with The Multiverse Saga, and it looks like it’s getting even more intriguing. Since the start of Phase Four, we’ve already gotten the full-on Scarlet Witch, White Vision, and even a new Captain America. During Marvel Studios’ The Falcon and the Winter Soldier series, we saw Sam Wilson (Anthony Mackie) turn down the mantle only to have it given to someone undeserving and then take the mantle back by the end of the season. Mackie will shoot his own Captain America film with the title Captain America: New World Order. Fans of the comics love the idea of ​​Sam Wilson donning the red, white and blue, but there’s still a faction of them who want to know what Bucky Barnes / Winter Soldier (Sebastian Stan) might look like under the cloak. One fan artist has created a cool concept of what Stan might look like as Captain America.

An artist on Instagram who goes by the handle @Skull101ify has created an interesting design showing the Winter Soldier as Captain America. The costume lines up with Bucky Barnes’ motif in the films and also gives us a pretty accurate Cap look. The art is equipped with his vibranium arm and Captain America’s iconic shield. You can check out the fan art below!

Marvel Studios has revealed their plans for the next three years with two new ones Avengers movies to be announced. Avengers: The Kang Dynasty and Avengers: Secret Wars will both make their way to theaters in 2025. It might seem like a long shot, but Marvel is known for teasing their upcoming films with post-credits scenes. But it looks like they might be doing it differently this time. During a new interview with ComicBook.com, Marvel Studios boss Kevin Feige reveals how the post-credits scenes could build to the next two Avengers films.

“The truth is, all the labels are never just about the future. There are labels eating shwarma, Captain America saying you know you have to learn patience, sometimes, you know, you wait for something that’s not worth it . So they’re always fun for us,” Feige told us. “We don’t want everything to feel the same. So some of the tags will connect and some of them won’t. Some of the films and programs will connect; some of them won’t. I think it’s just as important that we can have standalone introductory stories like Mrs. Marvelas Moon Knight, in addition to things that connect and build towards the larger story. A lot of what we did built on this larger story, of course with The Kang Dynasty and the Multiverse Saga, and now I think people will, I hope, come along for the ride. Both where you’re on the express train to the finale, also when it’s fun, as many of our Phase 1, 2 and 3 films were.”

The most recent Marvel Studios film to hit theaters was Thor: Love and Thunder. The film is directed by Taika Waititi and will star Chris Hemsworth as the title character, Tessa Thompson as Valkyrie, Natalie Portman as Jane Foster/Mighty Thor, Russell Crowe as Zeus, Jaimie Alexander as Lady Sif, Chris Pratt as Peter Quill/Star Here, Sean Gunn as Kraglin, Dave Bautista as Drax the Destroyer, Karen Gillan as Nebula and Christian Bale as Gorr the God Butcher. In addition to directing, Waititi will also reprise his role as Korg. Thor: Love and Thunder is now exclusive in theaters!

What do you think of the fan art? Let us know in the comments below or by hit up our writer @NateBrail on Twitter!