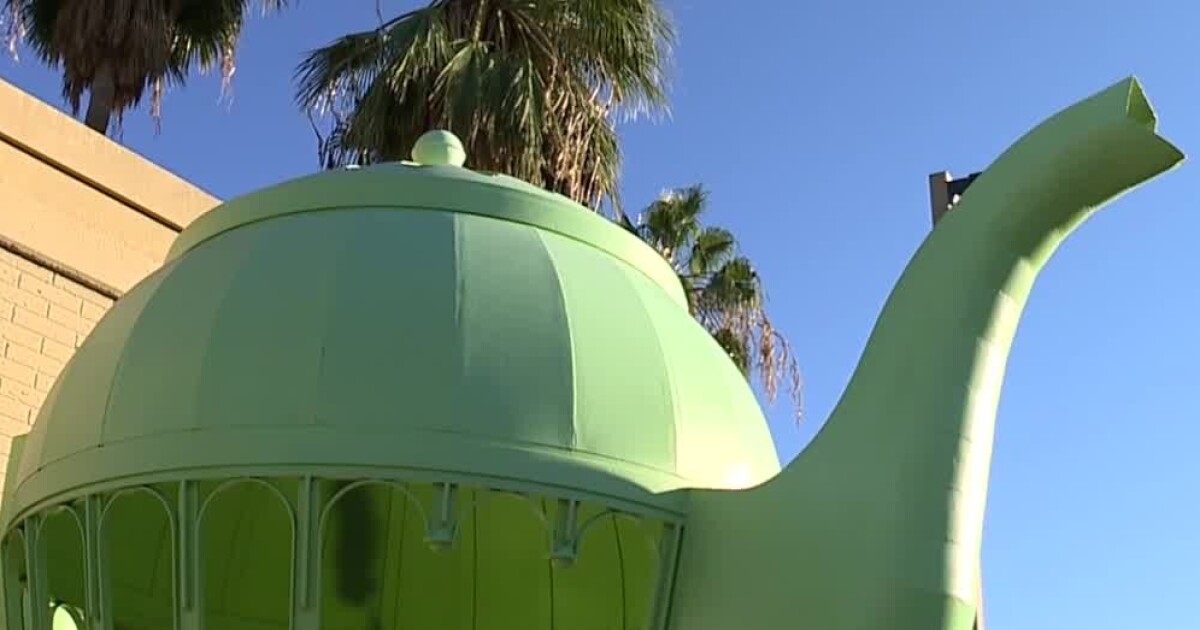 PHOENIX — It’s bright blue, massive and it’s made of concrete — and it’s full of Arizona history!

The massive teapot handle built into the barrier wall of State Route 51 in Phoenix is ​​just part of an Arizona Hidden Gem.

This one is an invitation to enjoy a wild bike ride.

You’ll find it just as you exit into the northbound lanes at Highland Avenue.

The teapot handle is just part of a five-mile Phoenix Public Art Installation built in 1994 near the noise walls.

“As you drive along State Route 51, on the street side you can see these big pots and kettles, things like that, to really enjoy the neighborhood,” he said.

An adventure of sorts awaits those willing to explore the path between Glendale Avenue south to McDowell Road in Phoenix.

“They did it to beautify the freeway project,” Shore said, explaining the project is about inspiring exploration of the neighborhoods that were cut in half decades ago when State Route 51 was built.

“People were furious because when you were driving all they saw were these little pots that cost a lot of money!” he said.

More commonly, the project is known as the Piestewa Peak Pots.

It is officially called Wall Cycle to Ocotillo.

Two Massachusetts artists were solicited for the job, which is one reason why the project was immediately controversial.

Many local residents say the artists, Mags Harries and Lajos Heder, had little obvious connection with the culture of the South West.

The original installation featured more than 30 teacups, pots and bowls made of concrete and covered in bright paint.

About 20 are still left and the best way to see them is on a bike.

Shore also explained, “I mean, this public art installation really helps to provide a soul to where we live. It also provides a reason why you don’t just want to zip on freeways, why you want to take the side road sometimes, why you want to get off and drive to a neighborhood.”

He added, “They’re all pretty easy to find as long as you know where to look and they’re worth the time to get there.”

Ready for an adventure?

You can find them on the map below: