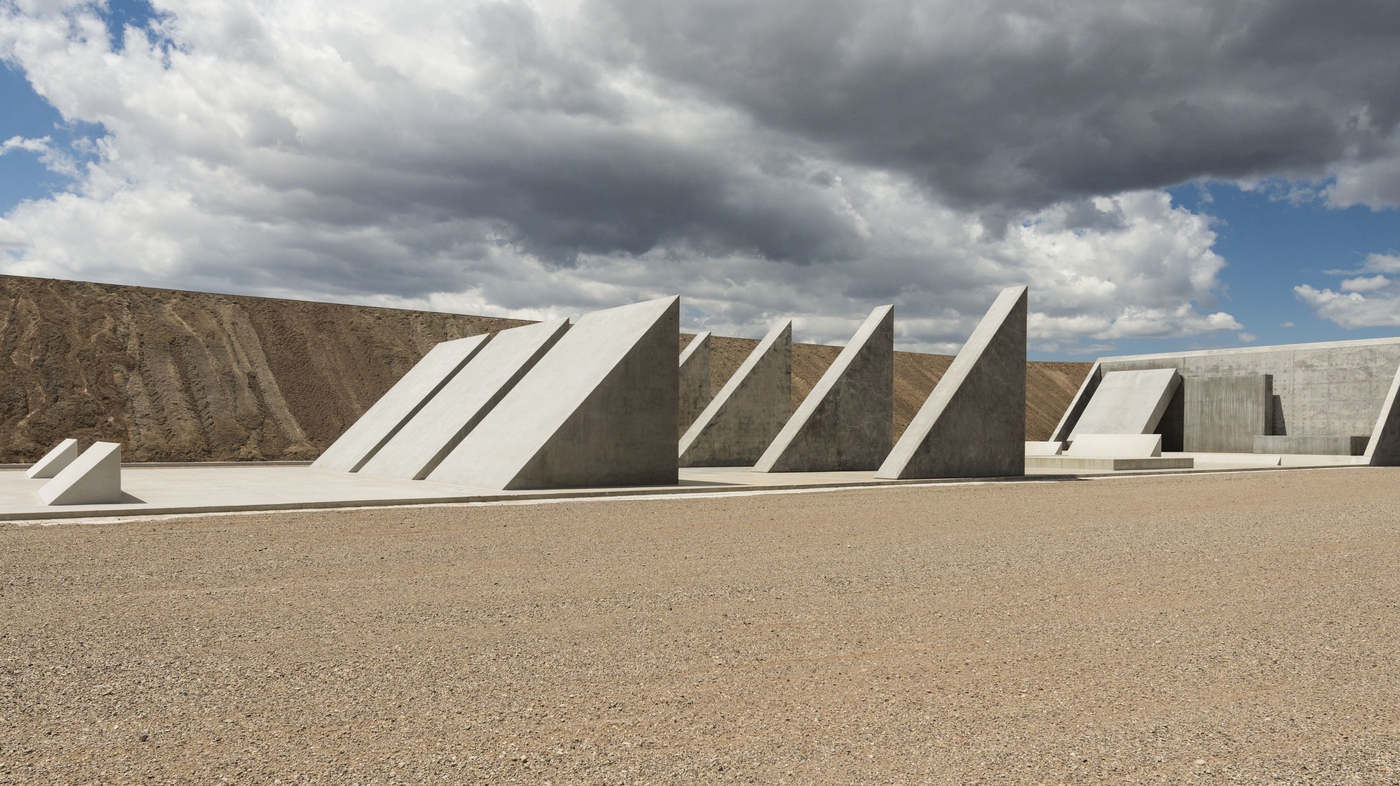 A view of a portion of Michael Heizer’s City

A view of a portion of Michael Heizer’s City

Most people visiting Michael Heizer’s City begins in Las Vegas, a place dominated by the blaring sounds of slot machines, air conditioning, and the Bellagio Hotel and Casino’s famous fountains dancing in time to the songs of Celine Dion.

So it’s quite a shock to find yourself, after a three-hour drive north, in the middle of the baking Nevada desert, surrounded by absolute silence.

For more than five decades, American artist Michael Heizer has been working in this remote environment to complete a colossal art installation. Located at least a 90-minute drive from the nearest small town, and costing about $40 million (so far) in construction and maintenance costs, City is one of the greatest works of art in the world. It was recently opened to the public.

A city unlike any other

Heizer begins work on City in 1970. The artist built his masterpiece from local rock and soil, which he and a team of workers dug over the years. The site is more than one and a half miles long by half a mile wide, and consists of clusters of low-lying, gravel-covered hills, as well as imposing sculptures made of smooth concrete and rough stone separated by a network of rocky runways and winding, empty streets.

An aerial view of City.

An aerial view of City.

Some parts of City seem like they’ve been there forever. There are dark, misshapen structures that look like tombstones in an ancient cemetery, and rolling hills reminiscent of native shell mounds. And there are also concrete curbs like you would find on any modern city street and geometric sculptures that look futuristic.

It’s like a pre-Columbian Mayan settlement, a freeway interchange in Las Vegas, and the desert planet Tatooine of Star Wars all rolled into one.

Only up to six people are allowed to visit the installation per day. There is no welcome center, toilet or shade from the relentless desert sun. There is not so much as a chair or sofa to rest on.

There is really nothing else to do but wander the seemingly endless dirt paths, get up close to the imposing architectural forms and contemplate the effects of the changing light.

The artist and his vision

Michael Heizer was part of a wave of iconoclastic, mostly young, white men who turned their backs on the traditional gallery scene in the late 1960s and ’70s. Instead, Heizer (and fellow artists such as Walter de Maria and Robert Smithson) used the wilderness of the American West as canvas and paint.

NPR reporter Chloe Veltman takes stock of the length of her shadow as she wanders around City.

NPR reporter Chloe Veltman takes stock of the length of her shadow as she wanders around City.

Heizer became known for creating remote works of art that were so large they appeared to have been placed there by superhuman forces. He has never been interested in explaining why he creates works on the ground on such a large scale.

“You know, I’m not big on talking about art,” Heizer told NPR in 2012. More recently he said The New York Times in August, “I’m not here to tell people what it all means. You can figure it out for yourself.”

So to learn more about the artist and his installation, NPR turned to a man who knows them both quite well.

“Mike Heizer is not coming to the opening party,” said Michael Govan, director of Los Angeles County Museum of Art. “He comes to make the work and to push definitions of what art is.”

Since the mid-1990s, Govan has helped Heizer get City ready for the public.

“It wasn’t the easiest thing to convince people to give money to move earth in the desert without a completion date and just an artist’s vision,” said Govan.

Photography is prohibited at City. And Govan said the artwork doesn’t even photograph particularly well, even by drone. Audiences can only engage with the installation by being fully immersed in it.

“I think the world is catching up to that idea of ​​experience that Mike Heizer was interested in a long time ago,” Govan said.

But there is nothing Instagrammable about Heizer’s masterpiece. Being there—even getting there—requires commitment.

And that’s the point.

“There is no duplicate for this experience,” Govan said. “And after working here with Mike, it’s really hard to go back to a museum with paintings and frames. It just doesn’t satisfy sometimes.”

Seeing Machines’ world-leading interior sensing technology on show in suite and in car, at CES 2023