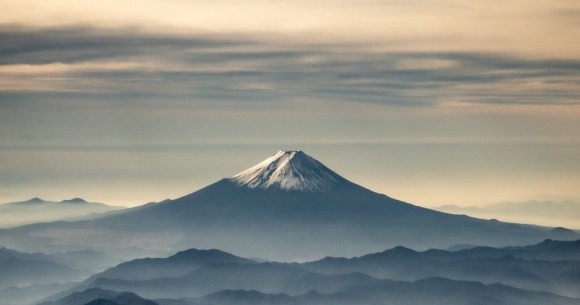 When you think of Japanese paintings, colorful woodblock prints are often the first style that comes to mind. However, there is another artistic tradition in Japan, mentioned suibokugaor ink was paint.

Because of their essentially monochrome aesthetic, they tend to have an impressionistic, almost otherworldly quality to them. Recently, however, Japanese photographer and Twitter user @daizphoto came over some real scenery that looked remarkably like a suibokuga painting when he looked out at Mount Fuji and saw it that way.

With the capricious fog rolling over the ridges of the mountain range, itself so heavily forested that their vegetation looks black under the overcast sky, the image really does look like it was created with brush and ink, as opposed to the camera lens that captures it. However, if you want to take a photo from the same vantage point, it’s going to be difficult, as @daizphoto took the photo from his seat on a plane as it flew past Japan’s highest mountain.

▼ “Took a photo of Mount Fuji from the plane, and it looks just like suibokuga.”

It was taken from the plane. pic.twitter.com/zJV1PacqHM

In a way, though, it’s all the more impressive that Mount Fuji and the surrounding peaks happened to look so majestically cool at the moment @daizphoto hovered nearby, commenting like:

“It’s almost as if Mount Fuji rises out of an ocean made of the other mountains.”
“You can really see why some people are inspired to paint in the suibokuga style.”
“I can’t believe this isn’t a suibokuga painting!”
“Nature is a masterful artist after all.”

With how beautiful the photo is, maybe Dr Martens should think about adding it to their mountain Fuji shoe collection.