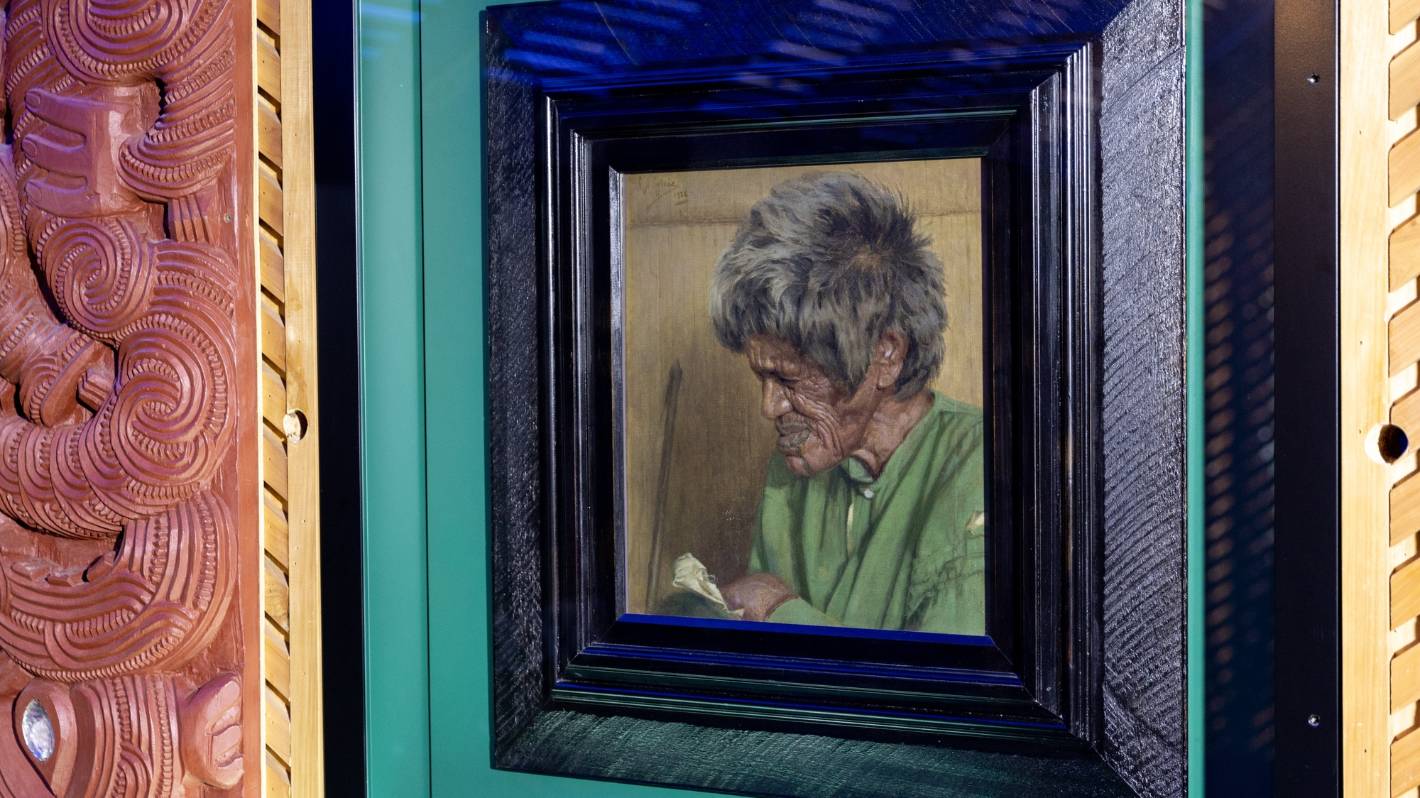 Charles Frederick Goldie’s painting “The Blind Woman of Taupō” has been loaned to the Taupō Museum.

A private benefactor has lent Taupō’s museum an almost priceless painting to display for the next five years – but who is the kuia depicted in Charles Frederick Goldie’s “The Blind Woman of Taupō”?

The painting, produced by the legendary artist in the 1930s, is now on display in the museum’s wharenui (meeting house) Te Aroha o Rongoheikume and will sit alongside portraits of Ngāti Tūwharetoa chiefs Te Werahiko (Haukino) and Rutene Te UamaiŌpei of rahui . , painted in 1908 by notable artist and Taupō identity Thomas Ryan.

The new exhibition, called Goldie and Ryan, opened this month and museum staff are keen to find out who the woman in the painting was and hope local residents can identify her.

During the official opening, Taupō District Council’s events and venues manager, Steve Giles, said “there aren’t too many better working days than this”.

The last major work of art by Charles Frederick Goldie was A Noble Relic of a Noble Race, which sold for $1,377,600 at auction. This video was first published in April 2016.

“We are privileged as a team to be part of the guardianship or kaitiakitanga of the precious Goldie taonga,” he said.

Goldie’s work concentrated on elderly rangatira (chiefs) with moko (tattoo), who preserve the so-called “noble relics of a noble race”.

Ryan’s wife Mary Wharepapa helped Goldie with his subjects and persuaded a number of Te Arawa and Ngāti Tūwharetoa models to sit for him.

However, it is not known who the woman was, or whether she was from Rotorua or Taupō.

The existence of Ryan’s Tūwharetoa head paintings was not known to family members until the portraits were featured on the TV show Te Karere when they were to be auctioned at the International Art Center in Auckland in the 1990s.

Eraita Ann Clarke and Hinetemoa Walker of Taupō, granddaughters of Rutene Rahui, recognized his distinctive spiral moko and contacted the auction house, who agreed to wait until they could raise the money to buy it.

The Ōpepe Farm Trust stepped in and bought the portraits, and in 1995 the paintings were welcomed to the district by the Ōpepe trustees and descendants of both Te Werahiko and Rutene.

They were then entrusted to the museum so that it could take proper care of the works of art.

Giles said that credit must go to everyone involved in getting Goldie’s artwork along with Ryan’s to the museum.

“We owe a great debt of gratitude to the donors. Thank you for sharing your gift with us and the community.”

For conservation reasons, only one of Ryan’s paintings will be displayed at a time and they will be changed every six months.

The Goldie and Ryan exhibition is now open to the public and can be seen every day between 10am and 4.30pm and entry is free for local residents.