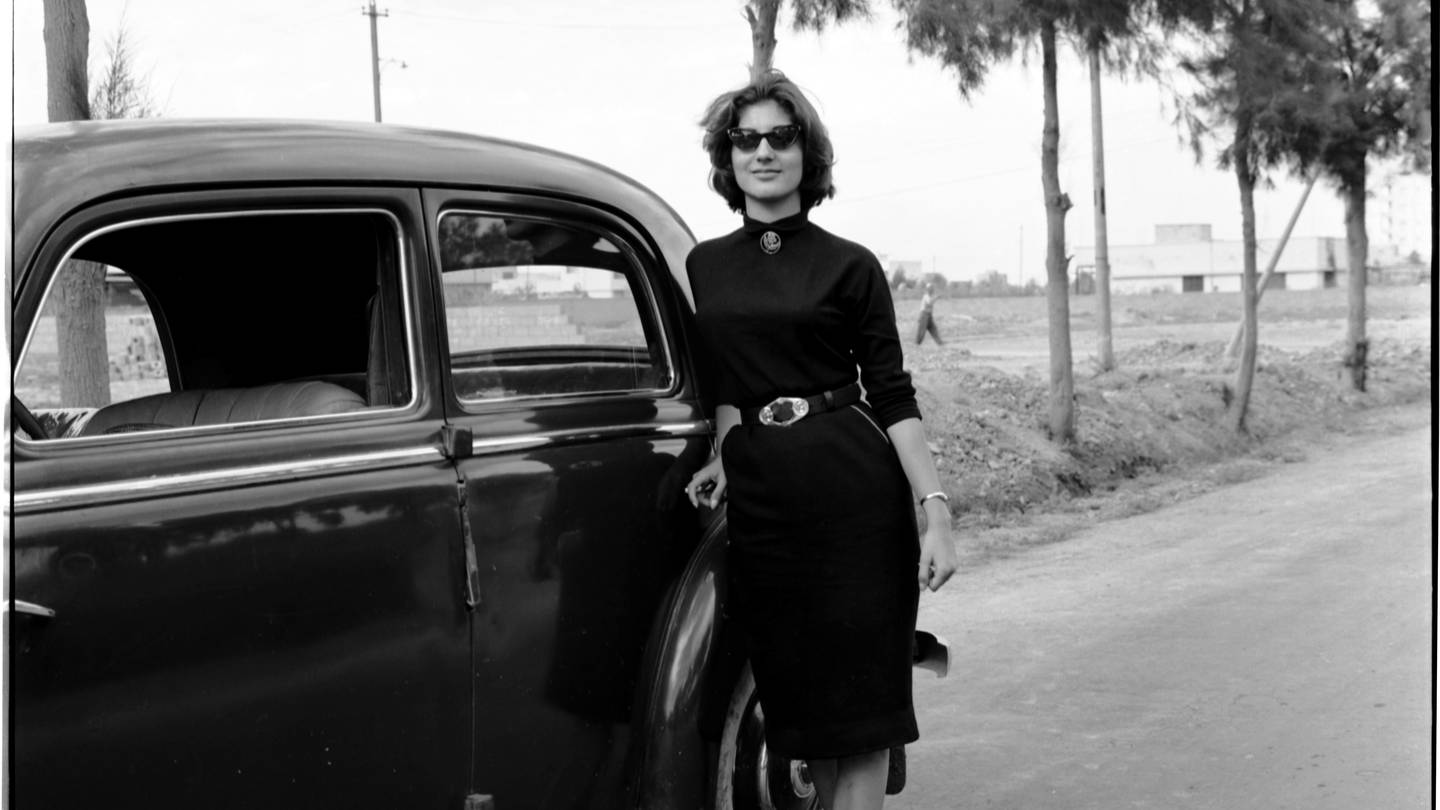 Latif Al Ani’s exhibition of photographs at The Farjam Foundation in Dubai presents a cultural milestone. Not only does it celebrate the work of a pioneering 20th-century Iraqi photographer, who died in 2021 aged 89, but it is also a glamorous and, in retrospect, haunting record of Iraq from the 1950s-1970s.

Titled Latif Al-Ani: Documenting the Unforgettable and the Forgotten, the ongoing exhibition at the Dubai International Financial Center gallery features three sections of Al Ani’s work. The first focuses on his photographs of Iraq’s changing architectural landscape, the second captures Baghdad’s postcolonial society and the third showcases his work in rural Iraq.

“Latif’s photographs are very much driven by this idea of ​​a postcolonial nation in the making,” says Morad Montazami, art historian and curator of the exhibition. The National. “I approached his work as documentary photography and tried to find the patterns that reveal the story of this documentation.”

The narrative of Al Ani’s work is a profound one. He is known as the “father of Iraqi photography” for his work depicting the country before the rise of Saddam Hussein, but Al Ani did more than just document a changing nation and its people. He is celebrated for capturing the spirit of Iraq’s golden age, a country that experienced a socio-economic boom during the post-colonial monarchy as it entered a modern, exciting future while retaining its rich heritage .

Whether the photographs in the new exhibition are viewed in the order presented in the space or sporadically, the impression is the same. Beautiful sites and poignant moments, filled with optimism, idealism and nostalgia.

Through these black and white flashes – stark, perceptive and layered with meaning over time – Al Ani captures the cosmopolitan life of Iraq during a period of rapid change.

“You can see the pre-Islamic and somehow the Islamic [influences]perhaps due to the coexistence of so many archaeological sites, and also the westernized modernist architecture,” says Montazami.

“All these things coexist in the same space, in the same time, which is the Baghdad of the 1950s and ’60s. What Latif’s photos show is almost science fiction in a way. Because if you ask me today, where in the world would you find pre-Islamic archeology or artifacts, and Islamic, and some kind of westernized modernim, coexisting… I’m not sure.”

Through a discerning eye, a deep understanding of the current zeitgeist and his artistic instincts, Al Ani’s work has transformed Iraq’s unique tapestry of history, heritage and something concrete and real.

Montazami believes that through his photography, Al Ani was able to capture a distinct time and spirit while capturing a unique cultural landscape better than anyone else in the region.

“It continues to challenge our conception and challenge our boundaries on these ideas of pre-Islamic and Islamic, and traditional and modern, in a concrete space at the expense of ending up only in photography, a kind of visual memory. But it is a strong one. You can reproduce it, you can print it.”

The sense of nostalgia in Al Ani’s work is almost overwhelming.

His photographs are as beautiful as they are tragic, for those who have heard of Iraq’s “golden era” and perhaps more profound for those Iraqis who have inherited the stories from their parents and grandparents, of a homeland ripe with potential to become, as it once was in ancient times, a center of cosmopolitan life, a beacon in the region and beyond.

Al Ani’s understanding of Iraq’s cultural, social and political fabric went beyond his work as a photographer documenting the changing times of his country.

Born in Karbala in 1932, Al Ani completed an internship at the Iraq Petroleum Company in 1953, where he covered the company’s projects for its two newspapers, Ahl al Naft (People of Oil) and Iraq Petroleum. During this time he developed photography from a hobby to an art form.

Reflecting on his inspiration, in a previous interview with the NationalAl Ani said, “I was interested in the social and human life of the Iraqi people,” adding, “That’s what I tried to document.”

In 1960, Al Ani worked at Iraq’s Ministry of Culture, setting up its photography department and its magazine ‘New Iraq’, before heading the photography department at the Iraqi News Agency in the 1970s. In many ways, through his own observations and his work in government sectors, he was able to foresee the nostalgic potential of his work.

“He felt that all this beauty and all this social growth was already threatened and already somehow destined to be lost through political crisis and coups and political corruption,” says Montazami.

“He was quite bitter, and that bitterness explains how he just flat-out stopped taking any pictures and put the camera aside for the rest of his life from 1979.”

When Saddam Hussein came to power and banned public photography, Al Ani suddenly stopped capturing the world around him.

After decades in creative hibernation, in 2015, when the Ruya Foundation, an Iraqi cultural foundation, staged an exhibition of his photographs for the Iraqi Pavilion at the Venice Biennale, international interest in Al Ani’s work began to increase – particularly to a subsequent retrospective held at Sharjah Art Foundation in 2018.

Looking at his work today, it’s hard not to wonder if Al Ani deliberately photographed what he expected to disappear quickly. His work, whether slightly staged or capturing what was unfolding before him, is effortless yet imbued with multiple meanings.

“There is this kind of visual strength or visual appeal, that almost every detail of the frame becomes relevant in Latif’s photograph,” says Montazami.

“They have so much of this documentary impulse, which is this ability to seize a moment or a figure or a place, and make almost the most dramatic, or the most decisive, representation of that figure or that place or that moment give.”

And while one has to appreciate Al Ani’s artistic choices and stylistic prowess, it’s hard to look past the glaring nostalgia of his images, especially in light of the turmoil Iraq has experienced over the ensuing decades and continues to face stare.

“Most of these photos are unforgettable,” adds Montazami.

“They are as impressive in their grasp of the moment, or the place, as they are for your ability to remember them. They have this kind of iconicity. They look like the best view of every place or every figure of that time.”

Latif Al-Ani: Documenting the Unforgettable and the Forgotten is on display at the Farjam Foundation in the Dubai International Financial Centre. More information is available at farjamcollection.org

The House of Knowledge presents the Pearls of Wisdom exhibition at Qasr Al Watan, which runs until January 6. All photos: Antonie Robertson / The National