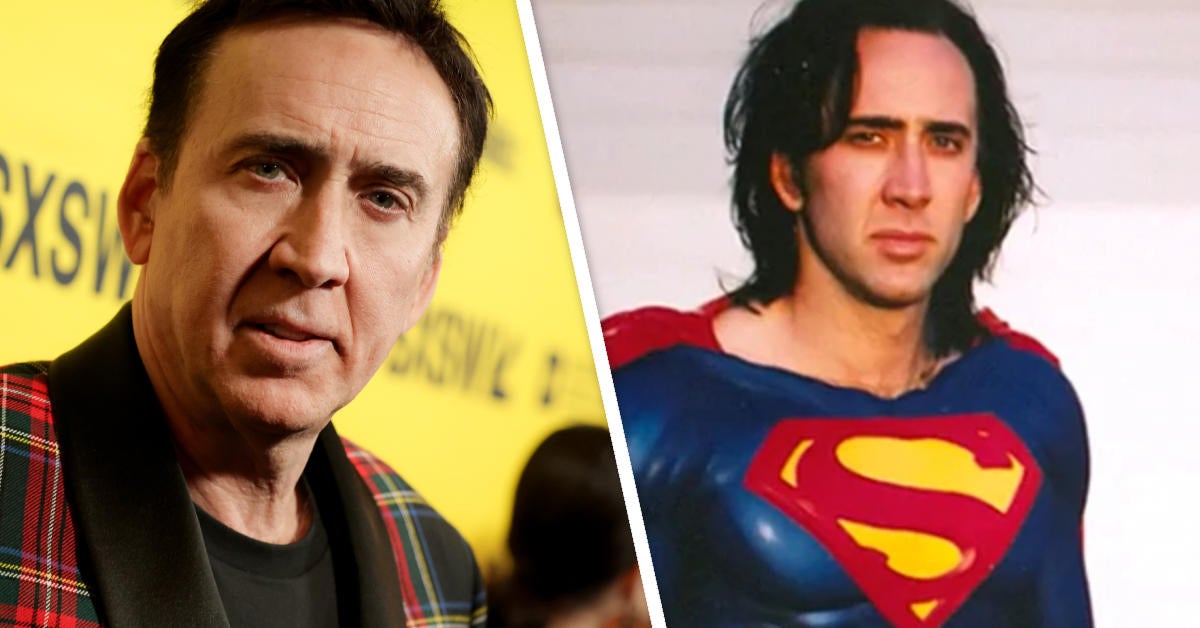 Warner Bros. Discovery has been working hard on promoting DC Comics since their merger was completed and the CEO has been trying to steer the ship in the right direction. We’ve officially learned that James Gunn and Peter Safran will be heading up the new DC Studios and they’ll be planning the next ten years of movies. There was also the news that Henry Cavill will return as Superman in the main DC Universe and that writers the next presentation Man of steel Movie. One fan thinks Cavill should be the main Superman of the DCU and even has a design showing who they think the guy should be.

An artist on Instagram who goes by @Clements.Ink has revealed a new piece of fan art that shows what Nicholas Cage could look like as the Superman of the future. In the fan art, you can see the actor as Superman Beyond in the costume that fans are used to. While this isn’t a film based on Gunn and Safran’s tenure, it’s certainly fun to think about. You can check out the fan art below!

Gunn and Safran started their jobs as co-CEOs of DC Studios at the beginning of November and it’s safe to say that the future of DC looks bright. When the duo was released by the new Warner Bros. Discovery boss was announced, they released a statement about their excitement for the job.

“We are honored to be the stewards of these DC characters we have loved since childhood,” Gunn and Safran added in a joint statement. “We look forward to working with the most talented writers, directors and actors in the world to create an integrated, multi-layered universe that still allows for the individual expression of the artists involved. Our commitment to Superman, Batman, Wonder Woman, Aquaman, Harley Quinn and the rest of the DC stable of characters are matched only by our dedication to the wonder of human possibility these characters represent.We are excited to enhance the theatrical experience around the world as we bring some of the biggest, most beautifully told, and the greatest stories ever told.”

What do you think of the idea? Let us know in the comments below or by hit up our writer @NateBrail on Twitter!