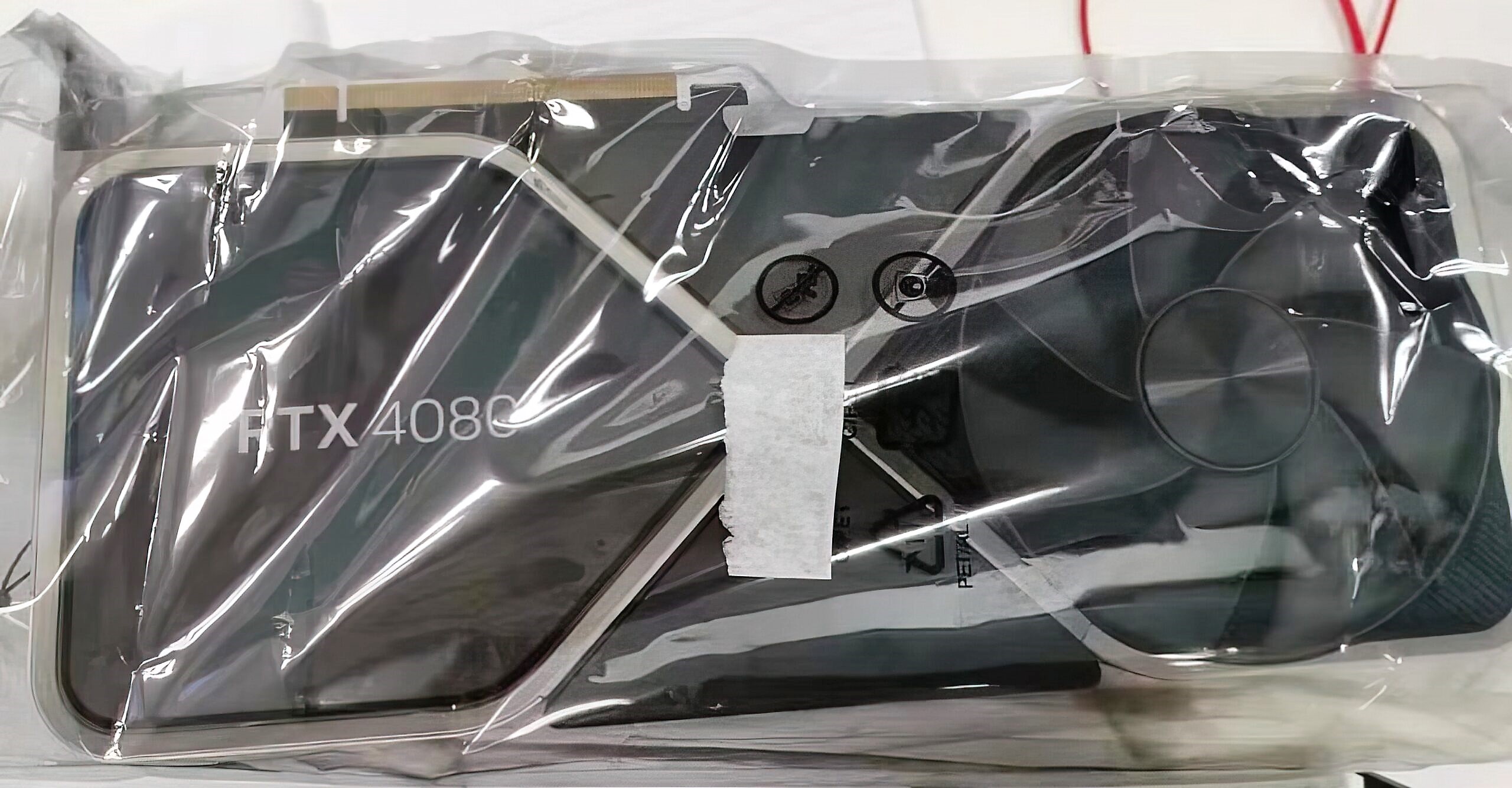 The first photos of an alleged NVIDIA GeForce RTX 4080 “Founders Edition” graphics card have been leaked by KittyYukko.

The alleged NVIDIA GeForce RTX 4080 Founders Edition graphics card is wrapped in plastic, so it’s quite difficult to make out the details, but if we compare the cooler with the GeForce RTX 3080 FE, then we can definitely see a big change . While the overall casing is very similar to the existing RTX 30 series Founders Edition, it appears that the RTX 4080 itself has this time received a larger cooler comparable to that of the RTX 3090.

The Founders Edition of FE cooler appears to have a dual-slot design, but it comes with a thicker package, with a wider cooler and shroud and much larger 7-blade fans, while the RTX 3080 and RTX 3090 coolers had 9 blades on fans. . The card also seems to have a slightly different “RTX 4080” logo than the RTX 3080. It looks like NVIDIA is indeed planning to reuse its existing coolers and change them a bit like the RTX 4090 Ti case we previously for the Ada Lovelace saw GPUs.

As for the memory specs, the GeForce RTX 4080 is expected to rock 16GB of GDDR6X capacity which is said to be clocked at 23Gbps speeds over a 256-bit bus interface. It will provide up to 736 GB/s of bandwidth. This is still a bit slower than the 760 GB/s bandwidth offered by the RTX 3080, as it has a 320-bit interface, but a low capacity of 10 GB. To compensate for the lower bandwidth, NVIDIA may integrate a next-generation memory compression suite to make up for the 256-bit interface.

In terms of power, the TBP is now set at 340W, an increase of 20W from the previous 320W spec we got. This brings the TBP into the same ballpark as the existing RTX 3080 graphics card (up to 350W). Now, it is not known if the other RTX 40 series graphics cards will also get the faster GDDR6X memory treatment, but we do know that Micron has started full mass production of up to 24 Gbps GDDR6X memory modules, so they have to go somewhere.

Which NVIDIA GeForce RTX 40 series graphics card are you most looking forward to?