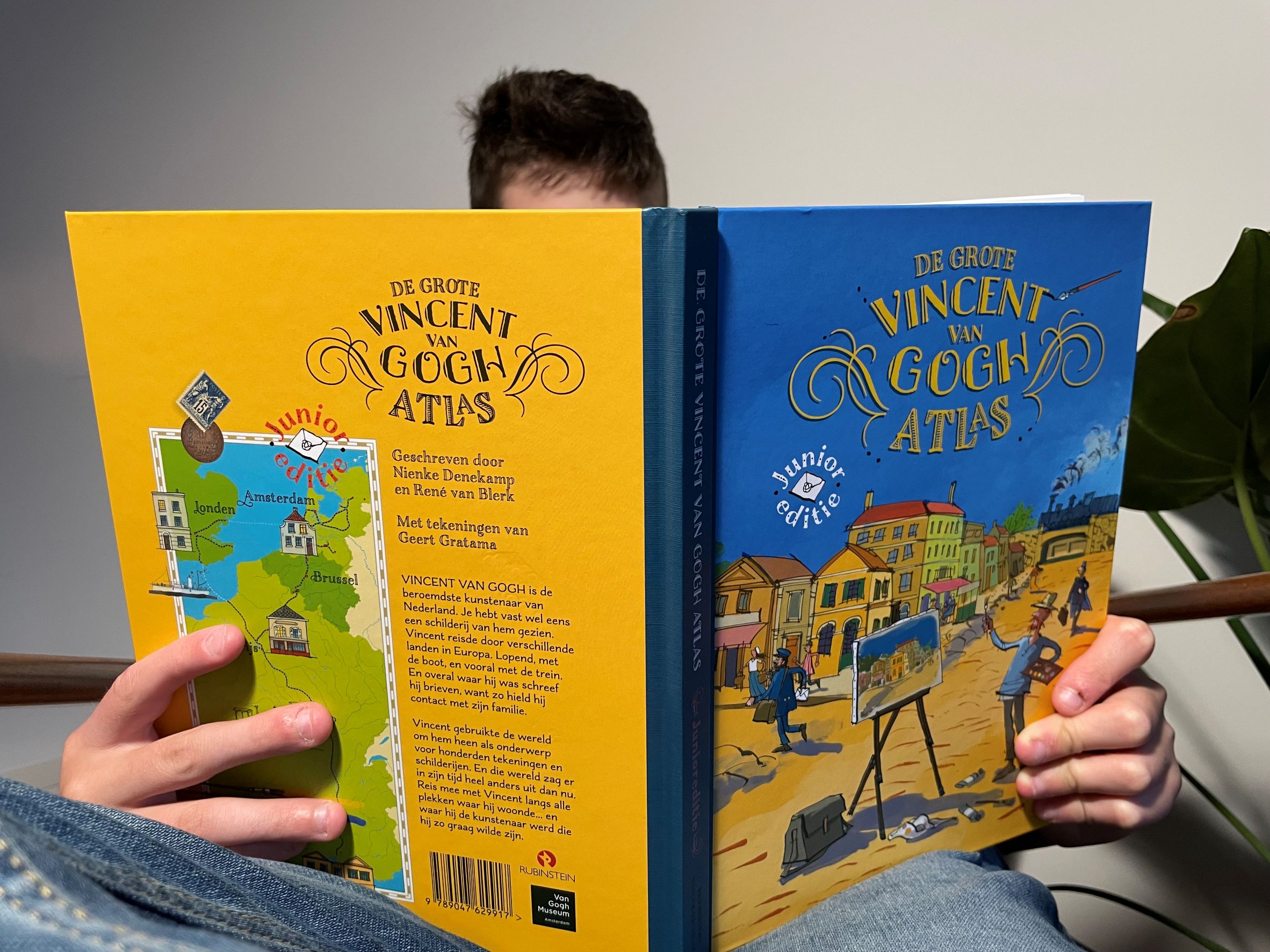 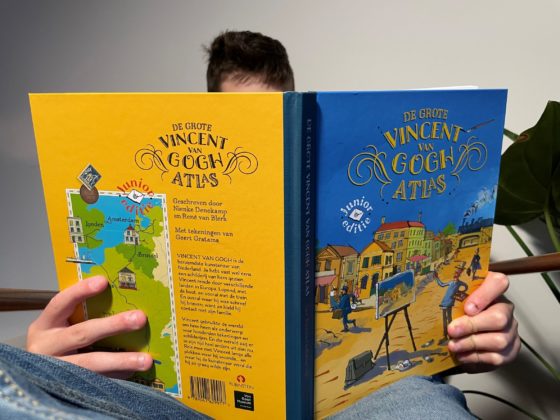 Seeing Van Gogh through a child’s eyes is an education for us all: this was the message at the launch of a junior ‘atlas’ that explains the artist’s life and travels.

“What this book does is follow the story of Van Gogh like an atlas and tell his life story in a fun way,” said Emilie Gordenker, director of the Van Gogh Museum at the book launch in Amsterdam.

‘This way of telling his story means you can see yourself in his story: sometimes he had a hard time and sometimes he did very well. Even if you know a lot about art, you can learn from a story being told [a child’s] perspective,’ she told a class of group 7 children from Het Bovenland primary school on Wednesday.

With illustrations by artist Geert Gratama, photographs, letters and detailed maps, The Vincent van Gogh Atlas Junior Edition plans the 19st century artist’s life and work along with his multiple movements. It begins in the village of Zundert in North Brabant in 1853, and travels with him through 19 different places in the Netherlands, England, Belgium and France, where he died in 1890 from a self-inflicted gunshot wound.

It traces his career using his 800 letters, mostly to his brother Theo, 850 paintings and 1300 sketches that have survived. Van Gogh’s journeys were made by boat, steam train and also on foot – including an accident where he pedaled for miles to show his work to a famous artist, but when he got to his door, was overcome by nerves and weather is home

An adult version of the atlas was produced in 2015 and this one – published in Dutch and in English – is aimed at children aged nine and over. 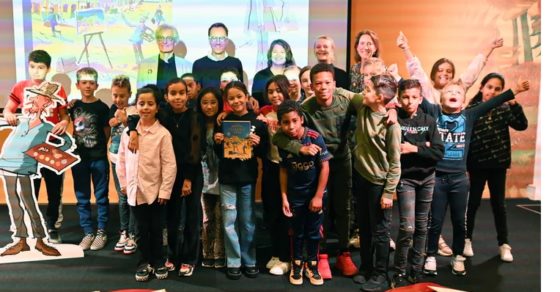 René van Blerk, senior educator at the Van Gogh Museum who wrote the book with author and journalist Nienke Denekamp, ​​said Van Gogh was an inspiration. “I think we have a wonderful story about a truly extraordinary man,” he said.

‘He was someone who was looking for what he wanted to be, who kept looking and kept the faith. Maybe you don’t know what you want to be, and neither did he, but he found it. He was so convinced that what he was doing was good that he kept going, even when people didn’t appreciate it at all. It’s an extraordinary message that the book tells.’

‘Vincent was unusual at a time when everyone was so used to painting in a certain way, a way that everyone liked. He did it his own way, a very different way: he saw what all the other painters were doing, he took it on board, but made his own art. It is extraordinary and it influenced other painters after him.’

The book, printed by Uitgeverij Rubinstein and with a subsidy from the Nederlands Letterenfonds, was launched with a special cake. The first copy was donated to the class of 10- and 11-year-olds from Amsterdam.

“Unlike a piece of cake,” Gordenker reassured them, “it can never be eaten and you can always read it again.”

Thank you for the donation to DutchNews.nl

The DutchNews.nl team would like to thank all the generous readers who have made a donation in recent weeks. Your financial support has helped us extend our coverage of the coronavirus crisis into the evenings and weekends and ensure you are kept informed of the latest developments.

DutchNews.nl has been free for 14 years, but without the financial support of our readers, we would not be able to provide you with fair and accurate news and features on all things Dutch. Your contributions make it possible.

If you haven’t made a donation yet, but would like to, you can do it via Ideal, credit card or Paypal.