On this day in history, Dec. 23, 1888, Dutch impressionist Vincent van Gogh cuts off his ear 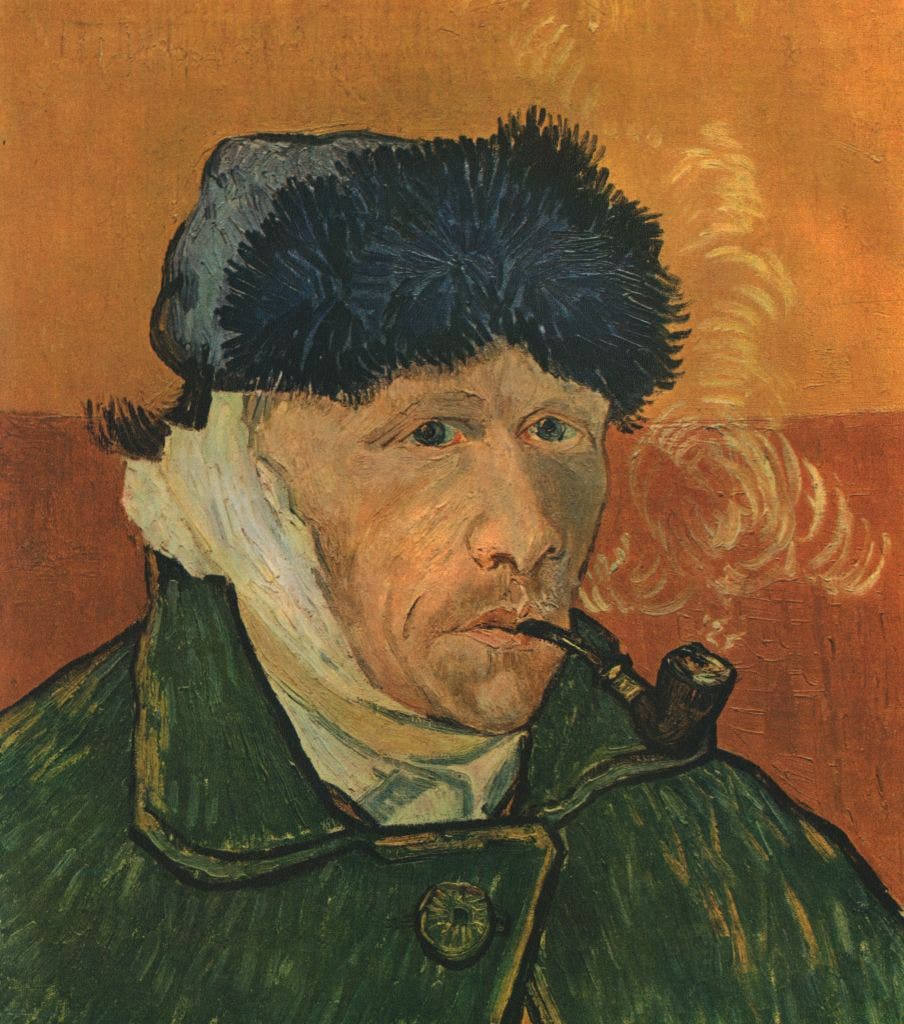 Vincent van Gogh, the brilliant but troubled Dutch Impressionist painter, cut off his left ear on this day in history, December 23, 1888, after a “burning row” with fellow artist Paul Gaugin in Arles, France.

The 35-year-old artist handed the bloody earlobe to a female acquaintance outside a brothel. She died of shock.

The incident underscored a tragic descent into madness punctuated by astonishing displays of productivity and genius in Van Gogh’s final months on earth.

ON THIS DAY IN HISTORY, DEC. 22, 1808, BEETHOVEN’S TRIUMPHANT FIFTH SYMPHONY DEBUT IN VIENNA

“Although he sold only one painting during his lifetime, Van Gogh is now one of the most popular artists of all time,” writes the Art Story Foundation in its biography of the painter, calling him an “iconic, tortured artist.”

His “radically idiosyncratic, emotionally evocative style continued to influence artists and movements throughout the 20th century and into the present day, guaranteeing Van Gogh’s importance far into the future.”

“Self-portrait with bandaged ear and pipe, February 1889” (1947). Van Gogh (1853-1890) cut off his ear with a razor during one of his periods of mental illness. Painting in a private collection. From “Vincent Van Gogh,” by Ludwig Goldscheider and Wilhelm Uhde (Phaidon Press Ltd, Oxford and London, 1947). Artist Vincent van Gogh.
(Photo by The Print Collector via Getty Images)

The story included hazy legend and inaccuracy, according to some art scholars.

“For a long time, the accepted story was that Van Gogh gifted the bloody appendage to a woman named Rachel, a prostitute at the brothel. [that] van Gogh frequently visited while living in Arles, in the south of France,” notes the Berkeley Library at the University of California in a 2019 interview with Irish art historian Bernadette Murphy.

“He gave the woman the ear outside the brothel and told her to ‘hold this object carefully,’ according to a local newspaper report. She fainted on the spot.”

“Although he sold only one painting during his lifetime, Van Gogh is now one of the most popular artists of all time.”

The woman was “traumatized” when she received the blood-soaked earlobe, Murphy said, adding that the woman was a cleaner, not a prostitute, and her name was Gaby, not Rachel.

“Gaby also worked at a cafe that Van Gogh frequented, suggesting a closer connection between the pair than previously believed,” according to the Berkeley Library account.

Van Gogh checked himself into an asylum the following May.

The incident preceded one of the most brilliant periods of artistic expression in Van Gogh’s short, illustrious-in-his-own-time career as an artist.

He painted the dull “Self-Portrait with Bandages Over” in early 1889 while recovering from his wounds.

“The Starry Night” was painted in June 1889 while Van Gogh was in an asylum in St. Remy, France was.

“The Starry Night,” perhaps Van Gogh’s best-known and most acclaimed work, was painted in June 1889 while Van Gogh was in an asylum in St. Remy, France was.

He created “Wheatfield with Cypresses,” another of his most celebrated pieces, in July.

The pistol believed to be the one Van Gogh used to shoot himself is on public display at the Drouot auction house in Paris.
(FRANCOIS GUILLOT/AFP/Getty Images)

Tired of the frenetic pace after living in Paris for two years, Van Gogh fled to France’s Mediterranean coast and arrived by train in the Rhone River town of Arles on February 20, 1888.

“He longed for the peace of the countryside, for sun, and for the light and color of ‘Japanese’ landscapes, which he hoped to find in Provence, in the South of France,” writes the Van Gogh Museum of Amsterdam.

“With this ‘artist colony’ in mind, Vincent rented four rooms in the ‘Yellow House’ on Place Lamartine. Paul Gauguin was the first — and, as it would turn out, the last — artist to move in with him.”

Van Gogh died on July 29, 1890, of a gunshot wound to the chest, believed to be self-inflicted.

“Vincent began to show signs of agitation and when Gauguin threatened to leave, the pressure became too much. Van Gogh became so distraught that he threatened his friend with a razor. Later that evening he had his own ear at the cut off Geelhuis. wrapped it in newspaper and gave it to a prostitute in the nearby red-light district.”

Van Gogh died on 29 July 1890 from a gunshot wound to the chest, said to be self-inflicted. Some historians suggest that he was murdered.

Vincent van Gogh was only 37 years old when he died.

“Starry, starry night/Paint your palette blue and gray/Look out on a summer day/With eyes that know the darkness in my soul,” wrote American songwriter Don McLean in “Vincent,” his achingly beautiful 1971 hit song and ode to the artist’s restless mind.

26 Ways to Reuse Amazon Boxes Instead of Recycling Them